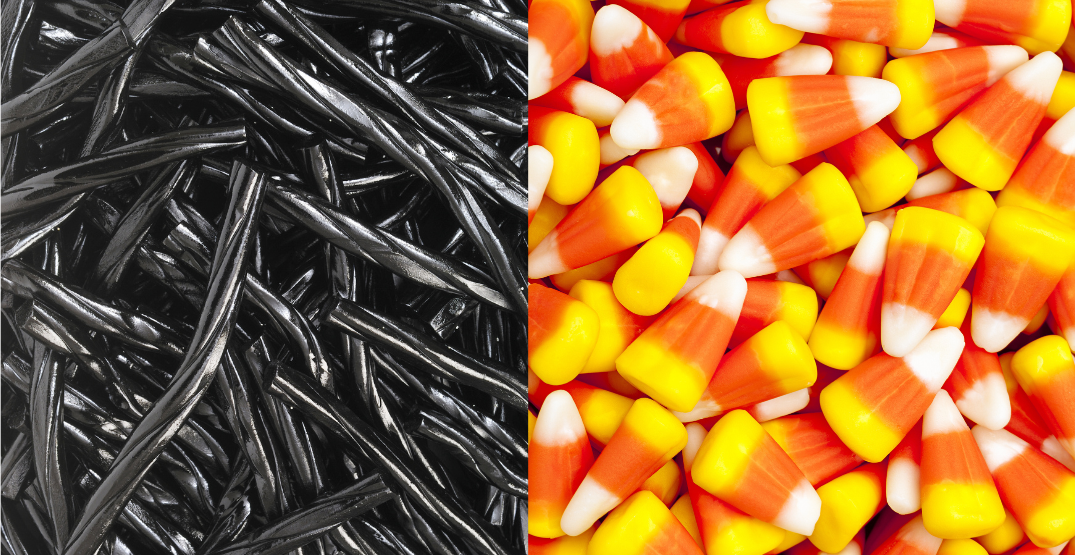 The best part about Halloween is devouring the sweet treats that come along with it.

But riddled among your favourite candies are some of the least tasty confections ever made.

Here are five of the worst candies that you can get in your bag on Halloween, that you may as well give to your worst enemy.

A post shared by I HATE CANDY CORN (@candycornhateaccount)

Candy corn is regarded as a staple Halloween confection and a promising fall treat, but many are not fans of its waxy texture and bright-orange exterior, which doesn’t even resemble real corn. In fact, there’s an entire Instagram page dedicated to shedding light on this terrible candy. Who would want candy inspired by a vegetable anyway?

This medicine-esque candy is definitely not as sweet as it appears to be. It comes in multiple flavours like cherry, grape, blue punch, lime, orange, and lemon, but all of the pieces taste pretty much the same. From someone who enjoys sweet and sour candy, this is a hard pass.

This chewy chocolate-flavoured confection was the first candy to be individually wrapped in America, but that doesn’t mean it tastes good. Many choose to steer clear of this brown log-looking candy. It’s been around for over one hundred years, so it’s probably best for it to finally say goodbye.

A post shared by The Sidebar Cantina Podcast (@thesidebarcantina)

This so-called candy is sweet, bitter, salty, and sour. It doesn’t quite pack the right punch for a devourable Halloween treat. Interestingly, the FDA issued a warning about black licorice, which contains a compound called glycyrrhizin, saying that it could kill you if you eat too much of it.

You may be wondering why these lollipops are on the list because they’re not actually quite that bad. But you see, that’s the issue entirely. Double Lollies only taste good for the first few minutes, and then all of a sudden, you find yourself risking cutting up the insides of your mouth, or losing your tastebuds to this powdery treat.