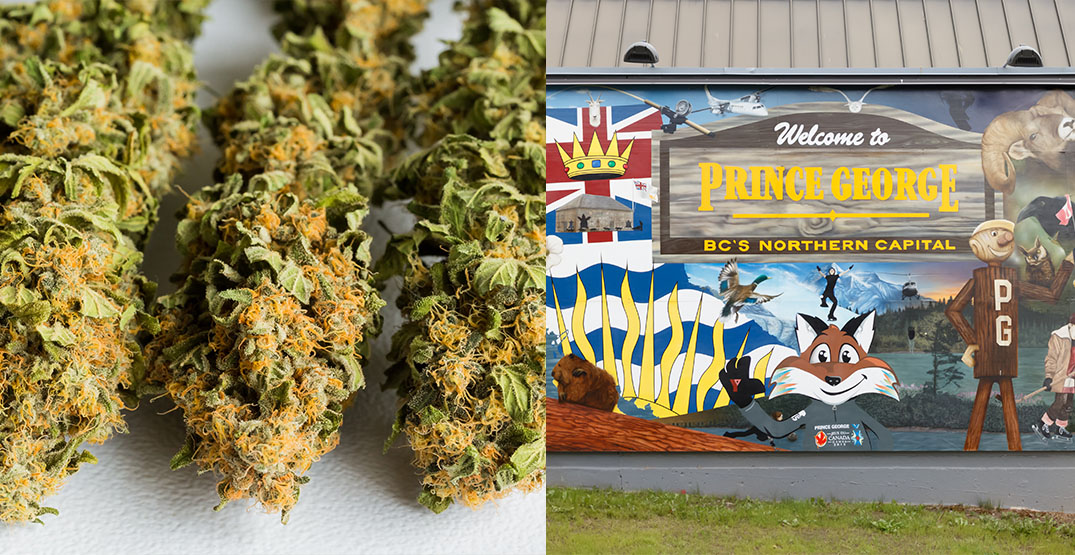 Getting high before you fly could become a lot easier for travellers at one Northern BC airport.

The Prince George Airport Authority announced this week that cannabis retailer Copilot has applied for a business license to operate inside the terminal. If the City grants the license, the shop plans to open later this year.

“We see YXS as the perfect location to launch our initial store and fulfill our mission of making travel a less stressful and more enjoyable experience for our customers,” Copilot co-founders Reed Horton and Owen Ritz said in a statement.

Prince George is usually about a seven-hour drive from Vancouver, but flooding-related highway closures have extended the drive past nine hours. The city of 75,000 people is home to several post-secondary institutions, including the University of Northern BC.

“YXS is large enough to introduce our innovative retail concept but small enough to build a close-knit relationship with our customers and the community. We are working with all relevant regulatory bodies to make sure we are satisfying every requirement of the licensing process.”

Smoking inside the terminal and aboard aircraft is still forbidden — so pairing a paper plane with your real plane ride isn’t recommended. But cannabis dispensaries in BC also sell edibles, drinks, oils, and more.

Prince George’s city council is expected to give Copilot’s business licence application the first reading on January 10. PGAA CEO Gordon Duke said he expects the application will be approved.