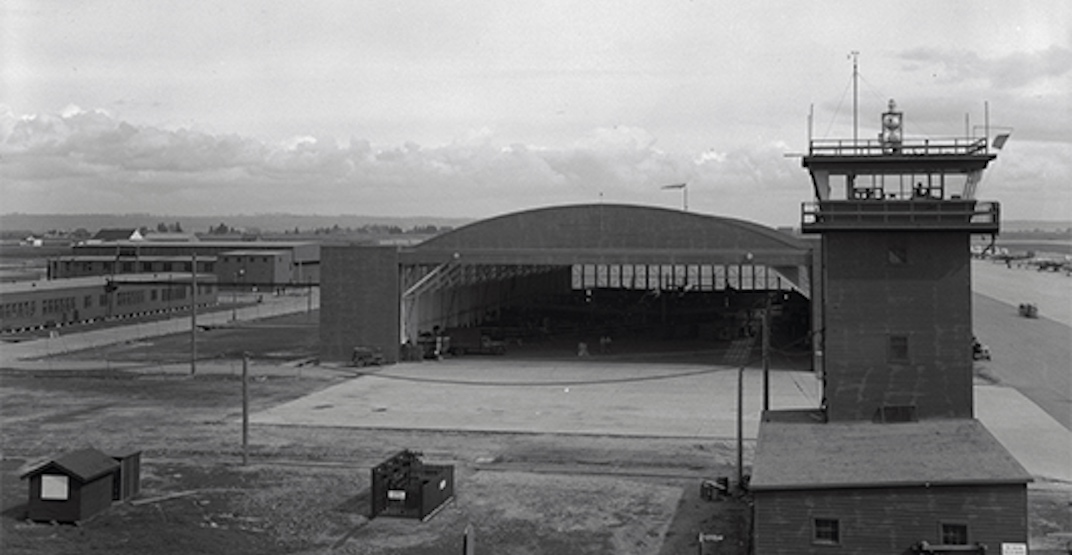 A massive military aircraft hangar built during the Second World War was recently restored, and it is one of the last remaining structures of its kind in Metro Vancouver.

The ‘Heritage Hangar’ is located at Boundary Bay Airport, which initially opened in 1941 as Royal Canadian Air Force Station Boundary Bay as a training base. Over 5,000 students were trained on aircraft such as Kittyhawk, Mitchell, and Liberator.

Later in the war, addressing the new Pacific coast defence needs after the Imperial Japanese attack on Pearl Harbour, the base became a hub for operational fighter and bomber squadrons. The hangar was built during this latter war period in 1944, and it features a distinctive bow-arched roof, with its significant size making it a highly visible landmark in the area.

The recent restoration by the City of Delta, which now owns the airport, included replacing the entire roof, multiple structural columns, and windows on the main doors of the hangar. The main doors were also repainted and the mechanism to open and close the doors was refurbished. 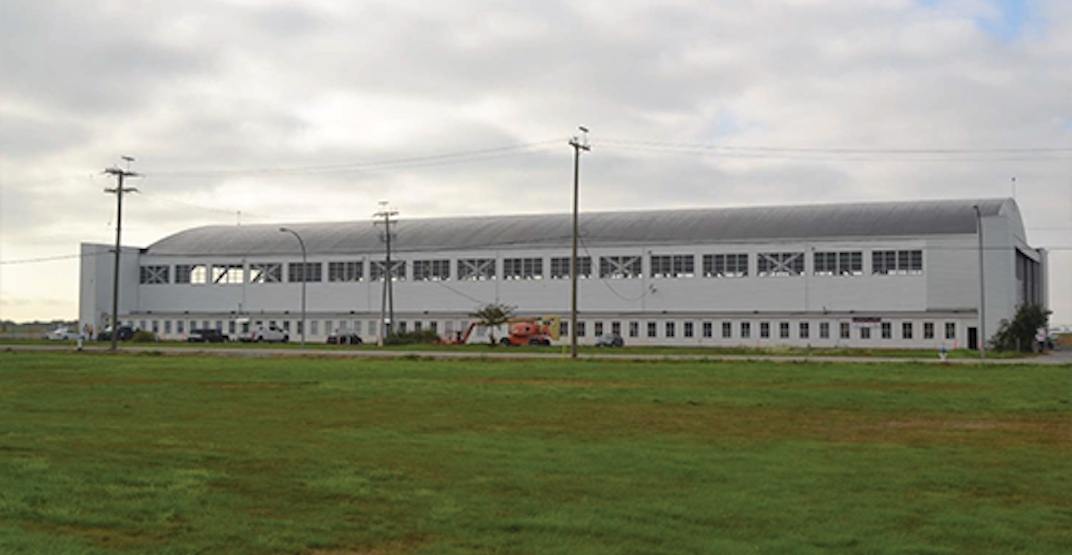 Municipal funding for the restoration project was allocated from the ‘strategic sale’ of a parcel of land at the airport, which generated about $2 million.

“This project is a great example of Delta’s efforts to protect our community’s heritage in general and the rich history of Boundary Bay Airport and the Heritage Hangar in particular,” said Delta mayor George V Harvie.

“I am proud of our efforts to spend the necessary time and money on this restoration to preserve a structure that is important not only in terms of the history of Boundary Bay Airport, but also for the present and future economic success of the Airport.”

The hangar is actively used for aircraft storage and a location for filming, including for movie and television productions such as Deadpool, Fifty Shades of Grey, The Day The Earth Stood Still, Arrow, The Flash, Legends of Tomorrow, Supergirl, Lucifer, Supernatural, The Good Doctor, Stargate SG-1. Last year, the municipal government approved the conversion of one of the airport’s vacant buildings into a film studio.

The military air base permanently closed in 1971 from the downsizing of the Canadian Forces in the post-war era, and the site reopened for commercial operations in 1983 as Boundary Bay Airport.

Heritage BC will be recognizing the City of Delta’s restoration efforts on the hangar in an on-location ceremony scheduled for May 10.