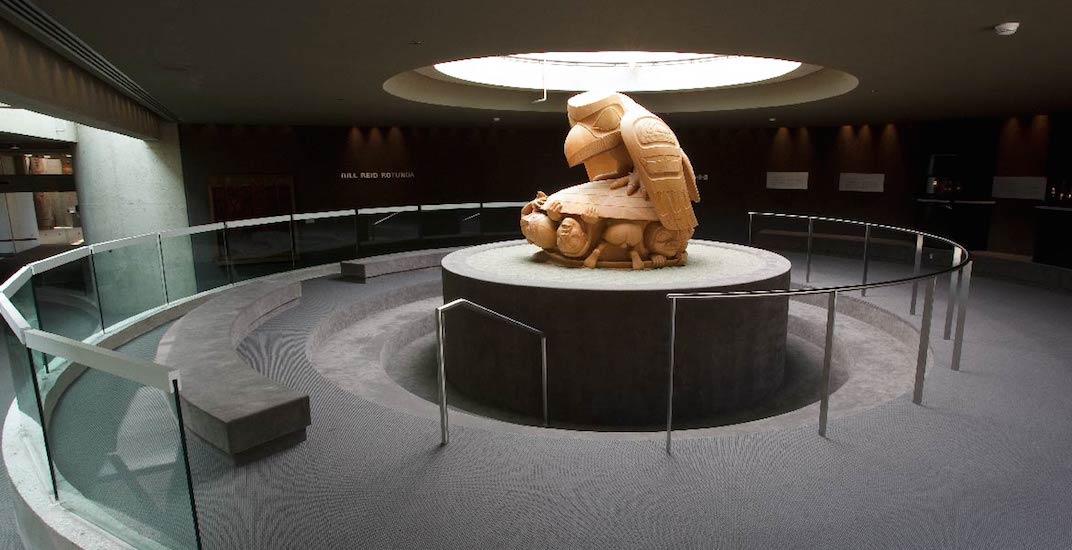 Bill Reid’s The Raven and the First Men (1980; MOA Collection: Nb1.481) installed where a MK7 gun was once positioned during the Second World War. (Goh Iromoto / UBC Museum of Anthropology)

A lesser-known fact about the Museum of Anthropology (MOA) overlooking the cliffs of the University of British Columbia: The museum building was built on the foundations of a World War II military base.

In a recent blog post, the MOA’s Bonnie Sun wrote that the 1970s-built museum — designed by late Vancouver architect Arthur Erickson — was constructed on the thick concrete foundations of a military base built on the site for World War II.

To defend Vancouver from a Japanese naval attack, three MK7 guns were built on top of new circular emplacements, with underground magazines and ammunition hoists. All of this was constructed with reinforced concrete, and each of the emplacements were connected to each other by a tunnel system. 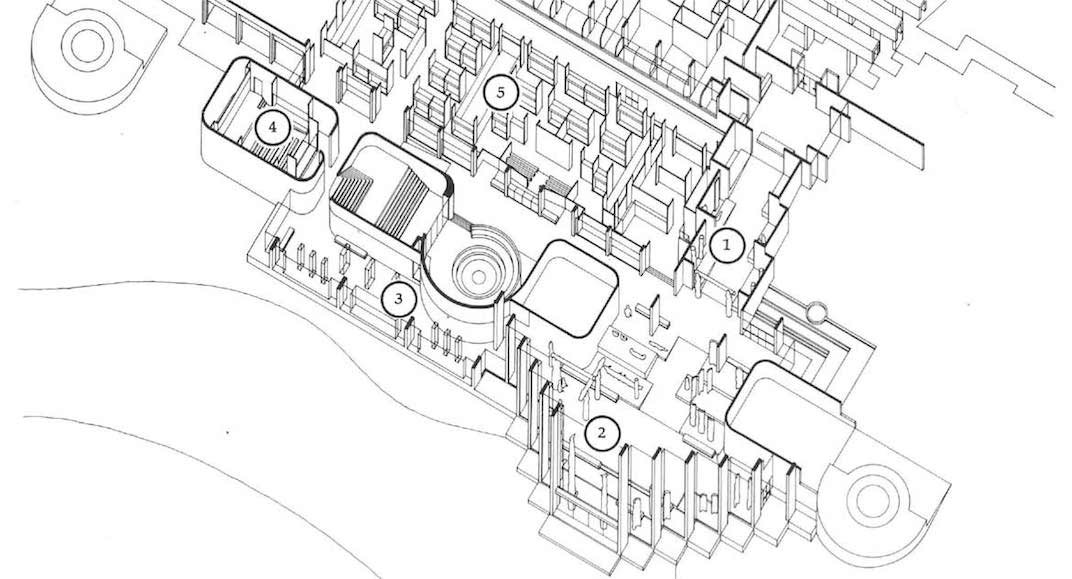 Isometric plan of MOA, circa 1976, showing the three circular gun emplacements — one on each side of the museum and one within it. (Hopping, Kovach, Grinnell Design Consultants, Vancouver) 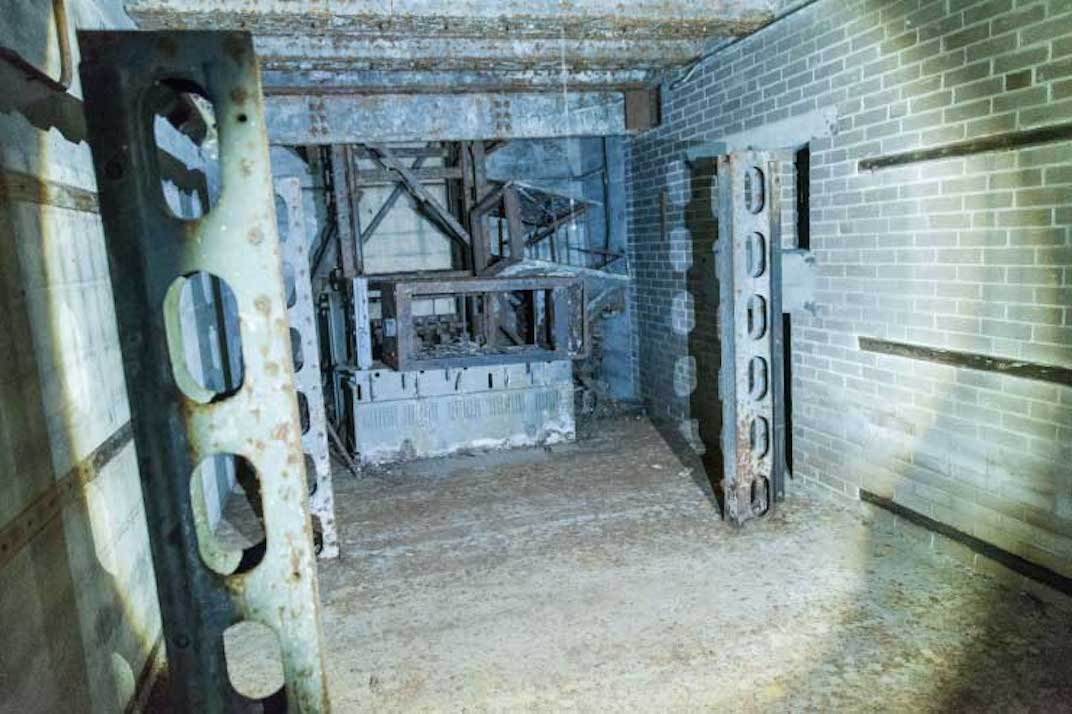 Interior view of the underground magazine and ammunition hoist located below each gun emplacement. (Paul Joseph / UBC Museum of Anthropology)

The facility was largely deconstructed after the end of the war, except for the emplacements and tunnels. 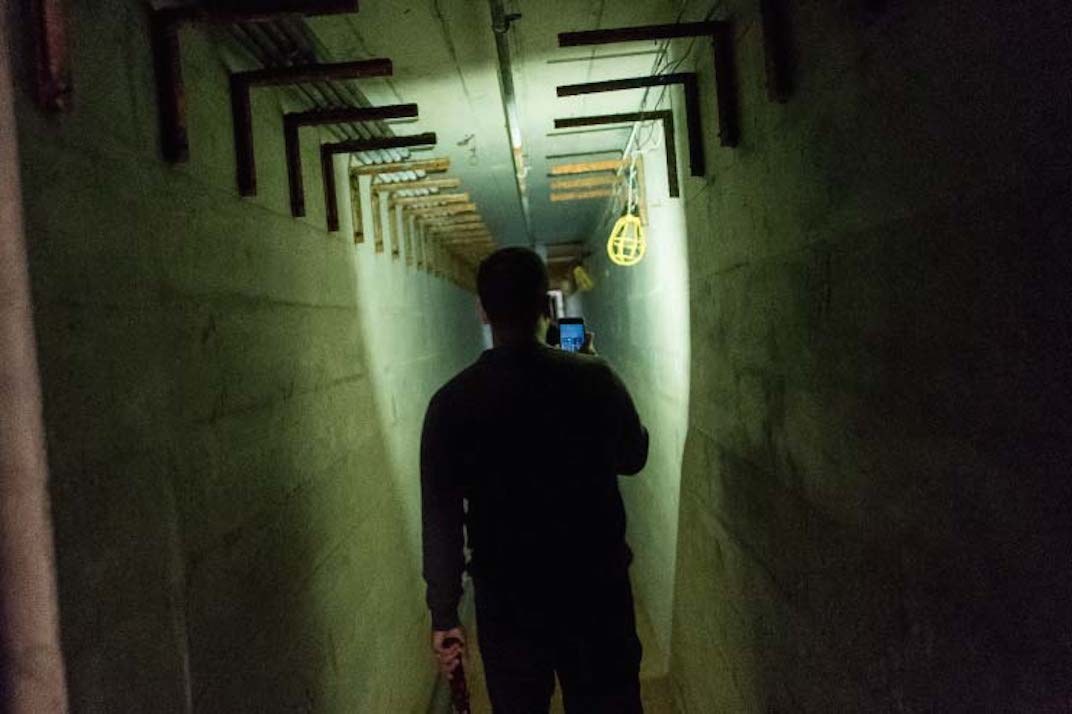 Exploring the tunnel system below the museum. (Paul Joseph / UBC Museum of Anthropology)

In fact, one of Bill Reid’s most renowned works, The Raven and the First Men statue, is mounted on the largest of the three emplacements.

While the emplacements were preserved for symbolic purposes, they were also retained for practical reasons: It would have been too difficult and expensive to remove 15-metres-thick of reinforced concrete. 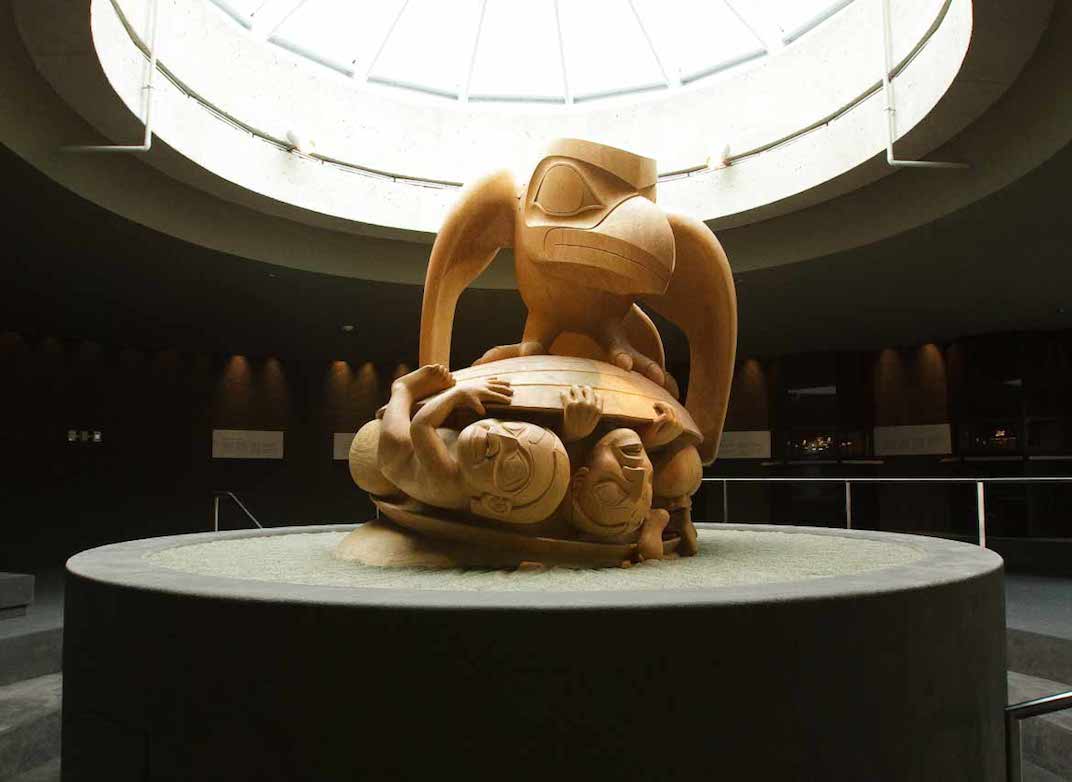 Bill Reid’s The Raven and the First Men (1980; MOA Collection: Nb1.481) installed where a MK7 gun was once positioned during the Second World War. (Goh Iromoto / UBC Museum of Anthropology)

Constructed in 1976, the MOA is one of the Vancouver region’s largest museums, boasts a wide collection of archaeological objects, and doubles as a research facility for UBC. Its architectural design has earned both Erickson and the MOA recognition.

In 2010, the museum completed a significant $56 million renovation and expansion.