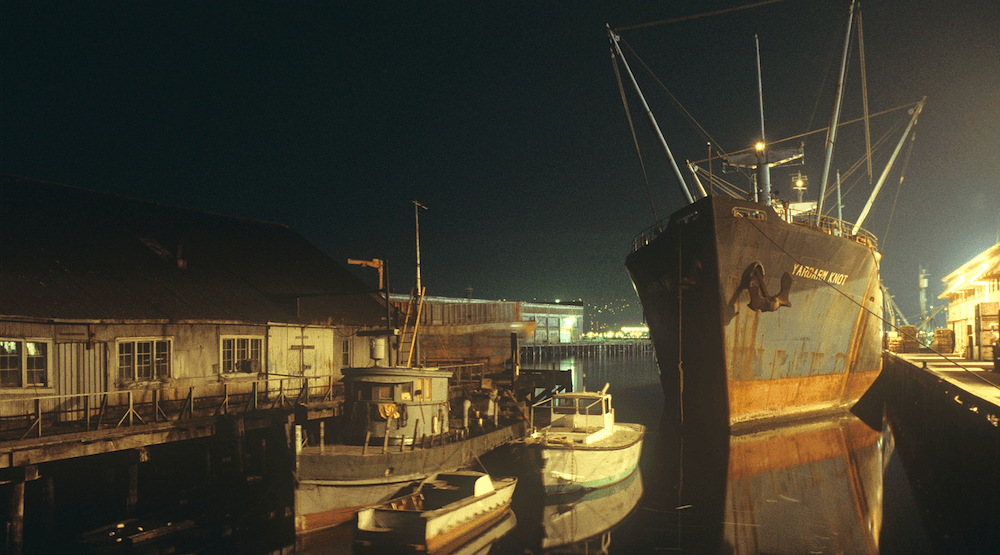 As a Burnaby teenager in the early 1970s, Greg Girard would make trips to downtown Vancouver on the weekend and take pictures of what he saw and who he met.

“I would sometimes stay in a cheap hotel on East Hastings or Granville and make pictures of people I met in cafes or pool halls or on the street,” Girard told Daily Hive. 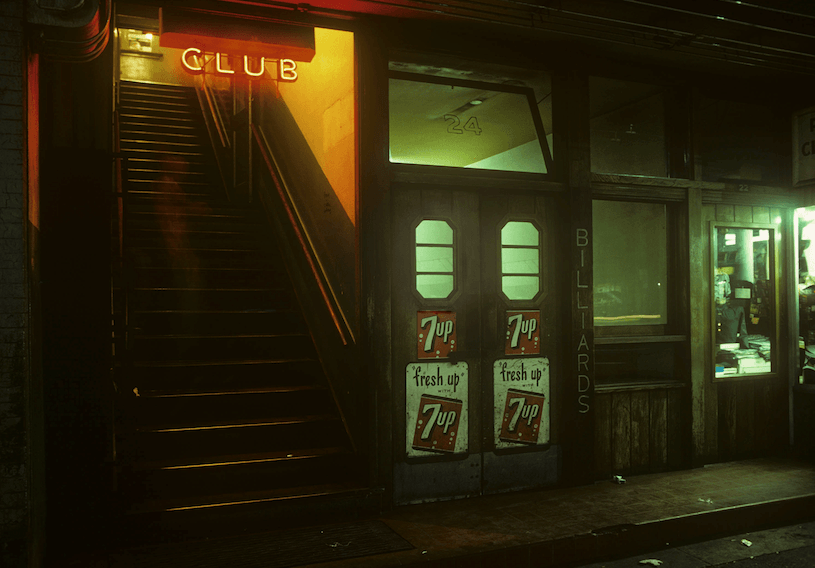 Throughout the decade, Girard says he also made a couple of trips to Southeast Asia and Japan, living in Tokyo for some time in the late 1970s.

But between these trips, he continued to photograph in Vancouver.

That is, until 1982, when he moved to Hong Kong, later living in Shanghai, and didn’t return to live in Vancouver until 2011.

It was upon his return that the scope of the city’s change was brought to the forefront of his mind.

“The biggest difference for me is the way Vancouver has cut itself off from its origins as a port city,” Girard said. “In the post 9/11 world, the working waterfront now functions behind wired fences and security gates.”

However, while the times (and the waterfront) may have changed, those scenes that Girard saw as teenager live on in his photographs, now being featured in a new book, as well as at the Monte Clark Gallery. 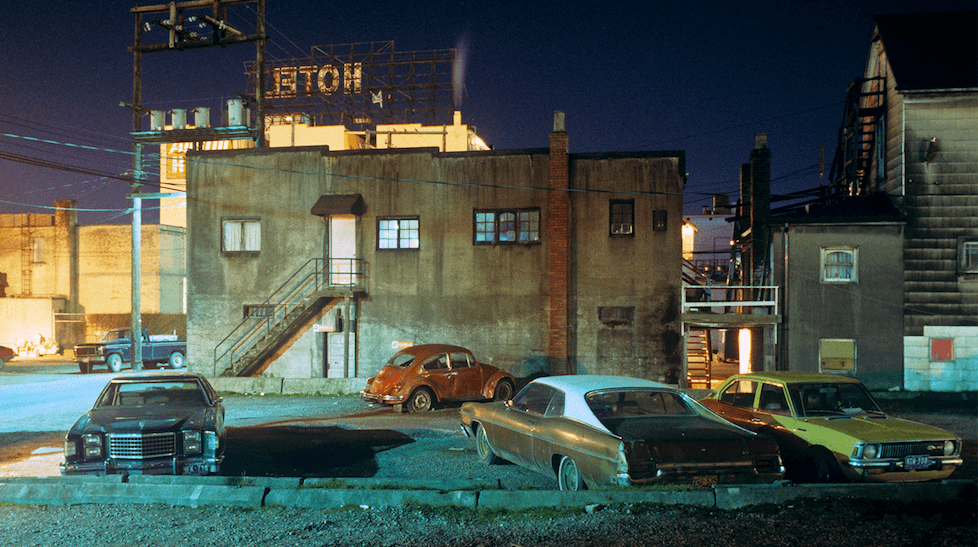 It wasn’t so long ago, he said, that “many of the city’s streets used to end at the waterfront, where you could cross the railway tracks and drive or walk onto the docks, wander around the container terminals.”

It’s a stark contrast to the waterfront of today, where much of the land has been repurposed for residential and commercial use, and “all the businesses that used to be in service of the working waterfront, and its workers, including visiting sailors, have mostly disappeared.” 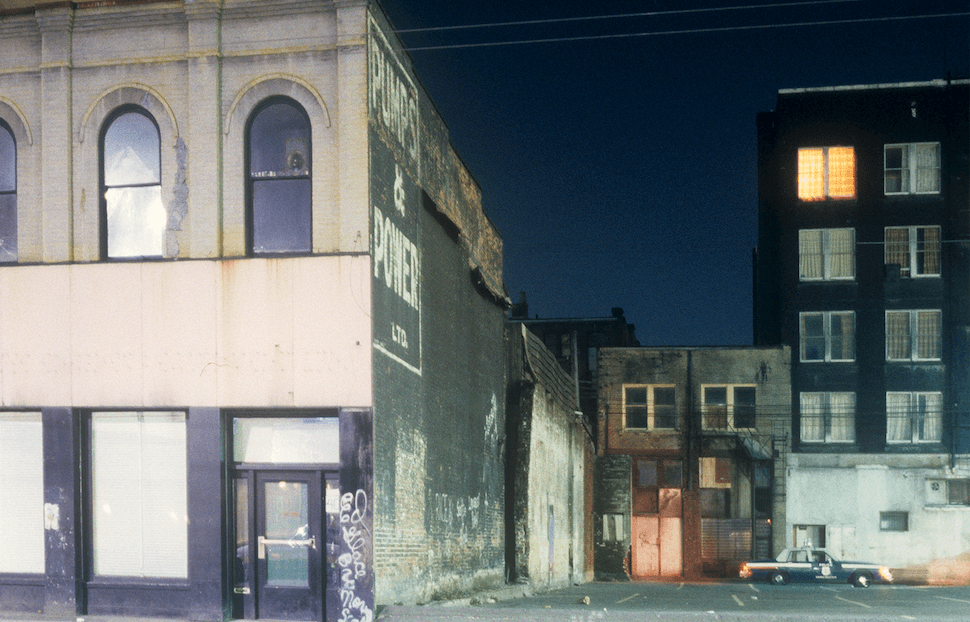 Girard’s collection of photographs is a trip down memory lane of sorts, to a time when the city was much more “of a working port town, scruffier, and further from the spotlight than it is now.”

The display at the the Monte Clark marks another occasion as well.

While Girard has shown limited examples of his work at the gallery before, he’d always wanted to present the work in book form too.

“So, this year, in collaboration with Magenta Publishing, we were finally able to publish the collected photographs in the book… with contributions from two great writers, William Gibson and David Campany,” he explained.

And while the photos are many, Girard does have his favourites.

For example, “Silver Grill Cafe,” which shows a figure entering an illuminated cafe doorway, on a snowy morning before dawn.

“It reminds me of being out late at night, or up early, walking around making pictures in the empty city, in 1975. Not knowing what I was doing, but at the same time knowing exactly what I was doing,” he said. 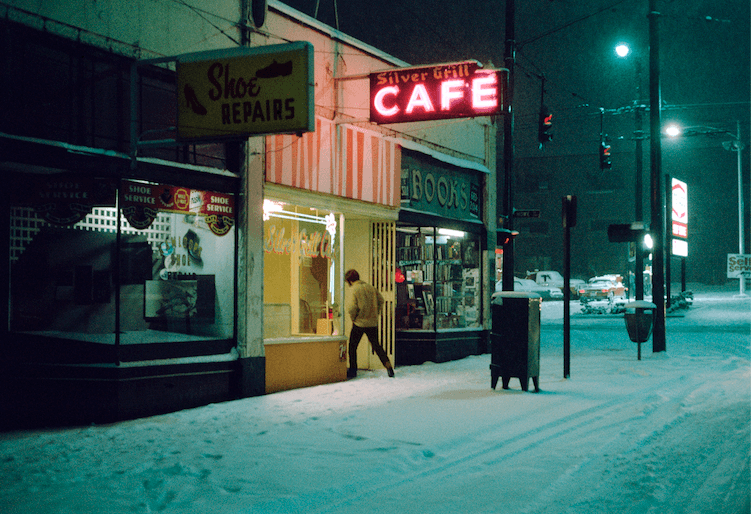 As he continued to capture the city on film, Girard’s later photos were less about moments, and more about scenes. “Long exposures at night of streets or buildings or other scenes that showed the more orphaned parts of the city,” he explained.

Whether it’s a moment or a scene, Girard hopes the book is “a reminder of what Vancouver used to be like, before it received the wider attention it currently enjoys.”

Under Vancouver 1972-1982 is showing at Monte Clark Gallery in Vancouver until May 27.

Girard’s book of the same title is published by Magenta Foundation for the Arts.