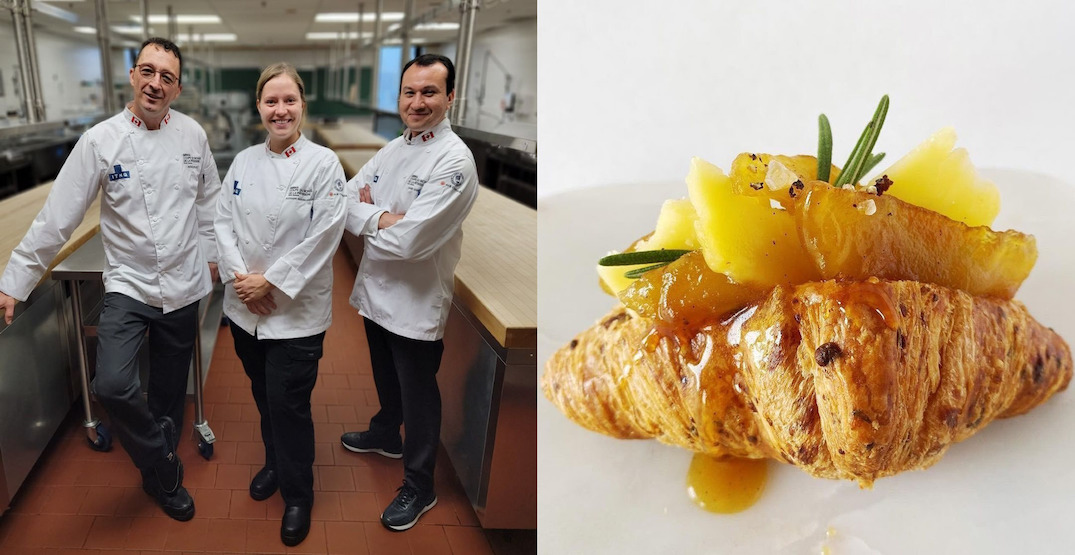 For soccer players (or football players, depending on where you are in the world), the World Cup is a benchmark for success in the field, but pastry chefs have a world cup, too.

The World Pastry Cup, the most prestigious competition in the world for the pastry arts, is the counterpart to the Bocuse d’Or, an elite biennial world chef competition.

It’s a big deal in the pastry and culinary world, and this year, for the first time in fifteen years, Canada will actually be competing.

Chefs Canada is the organization behind the professionals who take part in the Bocuse d’Or, but they have also secretly been training their team of chefs in Montreal to take part in the pastry competition, too.

This year, the World Pastry Cup will take place in Santiago, Chile, on July 13.

It’s a chance for the world’s best to showcase their creative takes on all things sweet and is a window into the latest pastry trends and techniques.

The Canadian team will be competing against seven other teams from North and South America. This stage will have them create “a chocolate dessert, a frozen dessert, an individual size restaurant-style dessert, a chocolate as well as a sugar sculpture,” all in five hours, according to the press release.

How they do here will determine whether or not they’ll move on to the next stage in Lyon, France, in January 2023.

It’s an exciting step for Canadian culinary professionals and a chance to showcase their pastry arts skills on the world stage for the first time since 2007.