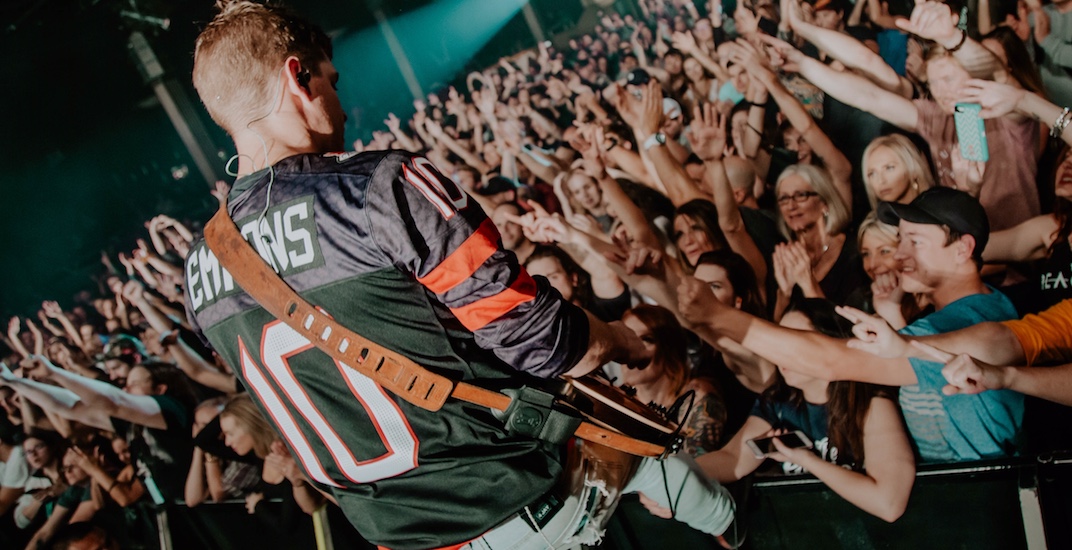 With next months’ IIHF World Junior Championship creeping closer, we’re beginning to learn more about the party surrounding the annual international hockey tournament being held in Vancouver and Victoria this year.

Plans for the SiriusXM World Juniors After Party were announced on November 3. JUNO Award-winning rock band, The Glorious Sons, will headline the show at the Commodore Ballroom in Downtown Vancouver on December 30, following the Russia-Switzerland game at Rogers Arena.

READY TO ROCK?! 🎸 As announced during their concert last night in Vancouver, JUNO 🇨🇦 award-winners @TheGloriousSons will headline the @SiriusXMCanada #WorldJuniors After Party, happening on Dec. 30 at Commodore Ballroom.

This a first for Hockey Canada, who hopes to bridge the gap between sports and entertainment during the tournament. The Kingston, Ontario band ties in nicely with the Canadian music theme that will be present during the World Juniors.

“At Hockey Canada, we’re continuously looking for unique ways to entertain our fans and this partnership with SiriusXM enables us to do just that,” said Christopher Doyle, manager of business development and partnerships with Hockey Canada. “The World Juniors have always been about showcasing emerging Canadian hockey talent on the ice, and with the addition of this exciting new concert, we’re able to showcase emerging Canadian musical talent off the ice. We couldn’t be happier with The Glorious Sons and are excited to witness the show they’re going to put on for our fans.”

Tickets to the after party are on sale now through Ticketmaster.

VANCOUVER! Tix to the @siriusxmcanada @HockeyCanada @HC_WJC After Party at the @commodorevcr on December 30 are on sale now! Get tix here before they sell out:https://t.co/uyAZZLGDtf #REPRESENT pic.twitter.com/Xwydl4N0RH

As part of their partnership with Hockey Canada, SiriusXM will also offer fans the opportunity to vote for the official tournament anthem.

“We’re so excited to partner with Hockey Canada for the first time and to bring the best in Canadian music and sports together for an amazing fan experience,” said Kayla Schwartz, Sirius XM Canada’s senior manager of communications, sponsorship & CCD. “We can’t wait to see The Glorious Sons bring the house down in Vancouver.”

The World Juniors offer fans a chance to see the next generation of hockey stars in an exciting international tournament setting. The tournament, which never seems to be short on drama or excitement, begins on Boxing Day with a pair of games each at Rogers Arena in Vancouver and the Save-On-Food Memorial Centre in Victoria.

Team Canada is looking to repeat as champions, with the gold medal game scheduled for January 5 in Vancouver.