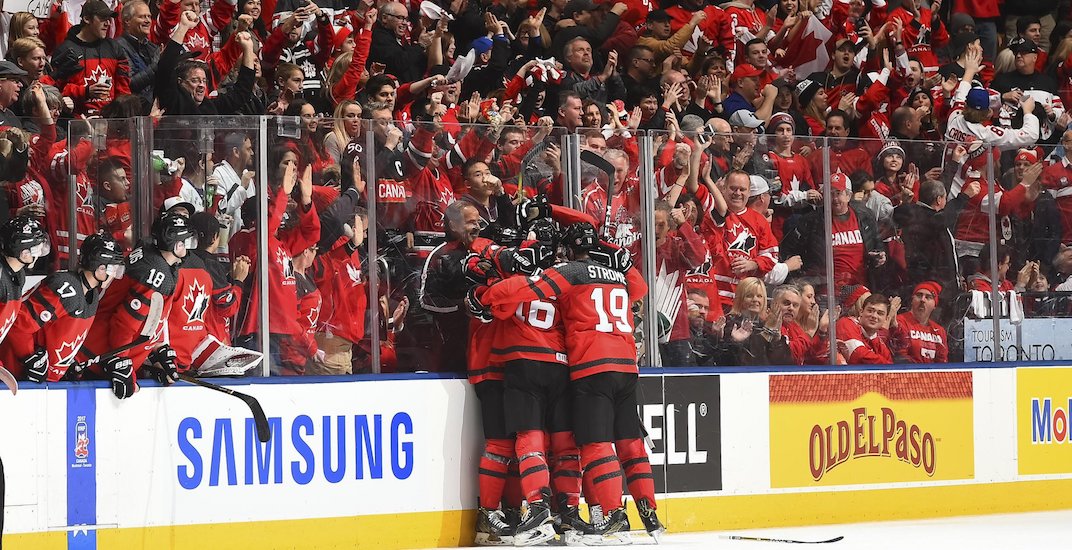 Get them while you can.

Vancouver and Victoria are this year’s hosts of the IIHF World Junior Championship, which kicks off on Boxing Day.

Single-game tickets for the tournament go on sale to the general public Thursday, October 25 at 10 am PT, and they’re expected to fly off the shelf. Prices vary, but are available for as low as $21.

The World Juniors has become a holiday tradition for Canadians, watching the next wave of NHL stars in a compelling tournament. This is the tournament where fans got their first good look at the likes of Wayne Gretzky, Sidney Crosby, Connor McDavid, and just about every other superstar you can think of, play as teenagers.

Team Canada is looking to repeat as gold medal winners, having defeated Sweden at last year’s tournament in Buffalo. Competition is stiff, so it won’t be easy.

Along with their rivals in Group A – Russia, the Czech Republic, Switzerland and Denmark – Canada will play all of their preliminary round games at Rogers Arena in Vancouver. Group B consists of the United States, Sweden, Finland, Slovakia, and Kazakhstan, playing their games at the Save-On-Foods Memorial Centre in Victoria.

The marquee matchup of the opening round, between Canada and Russia, promises to be another New Year’s Eve classic.

The quarter-finals begin on January 2, split between Vancouver and Victoria, before the tournament shifts entirely to Vancouver. The gold medal game is scheduled for January 5.

Every Team Canada game will be played at 5 pm PT at Rogers Arena, with the exception of their quarter-final game, which is scheduled for 3:30 pm PT.

Canucks fans will be paying extra close attention to Team USA, which will be led by Vancouver’s 2018 first-round pick, Quinn Hughes. Another Canucks draft pick, Michael DiPietro, is expected to be Canada’s starting goaltender.

This tournament will also be of extra interest to local hockey fans, given that Vancouver is the host of the 2019 NHL Draft.