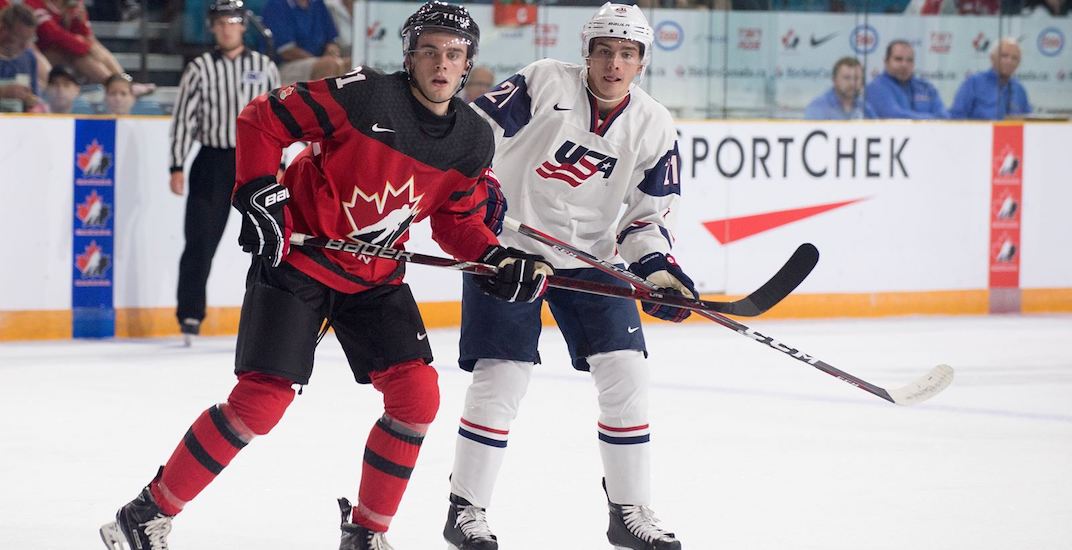 The road to the World Juniors will run through nine different communities in British Columbia next month.

Twelve pre-tournament games have been announced, as international hockey gets spread around the province beginning on December 18. It includes all 10 teams competing in the 2019 IIHF World Junior Championship, beginning in Vancouver and Victoria next month.

The Lower Mainland and Vancouver Island will each receive five pre-tournament games, while BC’s Interior hosts two games of their own.

“This series of exhibition games will give thousands of British Columbians the opportunity to see top-notch international junior hockey in their home communities,” said Lisa Beare, minister of tourism, arts and culture. “The Province of British Columbia is committed to hosting events like these to help inspire more people to get physically active and to boost local businesses.”

The Road to the World Juniors, presented by @LordcoParts, features 12 games across nine B.C. communities between December 18-23. #REPRESENT

While the tournament host arenas in Vancouver and Victoria will see additional games, so will some smaller arenas, like the 1,854-seat Weyerhaeuser Arena in Port Alberni, and 2,000-seat Bill Copeland Arena in Burnaby.

Canucks fans in Metro Vancouver should get their first in-person look at Quinn Hughes on December 22, as the Langley Events Centre hosts USA vs Czech Republic.

Rogers Arena will be the venue for Canada’s final tune-up game against Finland before the tournament begins for real on Boxing Day.

Road to the World Juniors schedule

Tickets to the World Juniors are on sale now through Hockey Canada’s website.