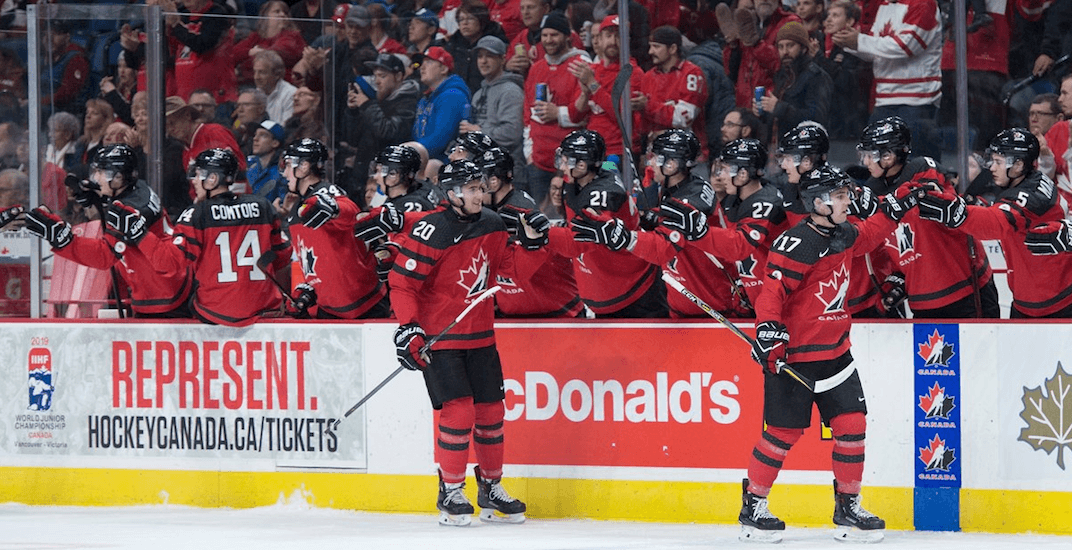 With training camp already underway in Victoria and final cuts expected to be made by the end of the week, you know the World Juniors are getting close.

Vancouver and Victoria will host this year’s tournament, which begins on Boxing Day, while a series of pre-tournament games will take place across British Columbia before then.

But before the real games begin, this tourney needs a soundtrack.

I know what you’re thinking, the Canadian World Junior team already has a theme song and it’s WE DEM BOYZ…

Hockey Canada has invited fans to vote on four songs, one of which will be chosen as the official 2019 IIHF World Junior Championship anthem.

The tournament will have a Canadian music theme, so it should come as no surprise that all four choices feature bands from the Great White North.

These are your choices:

The Glorious Sons will also be performing at the SiriusXM World Juniors After Party at the Commodore Ballroom in Downtown Vancouver on December 30.

Follow the links below to vote. Voting closes on Sunday, December 16.

Have you voted? Select the song you want to #REPRESENT!