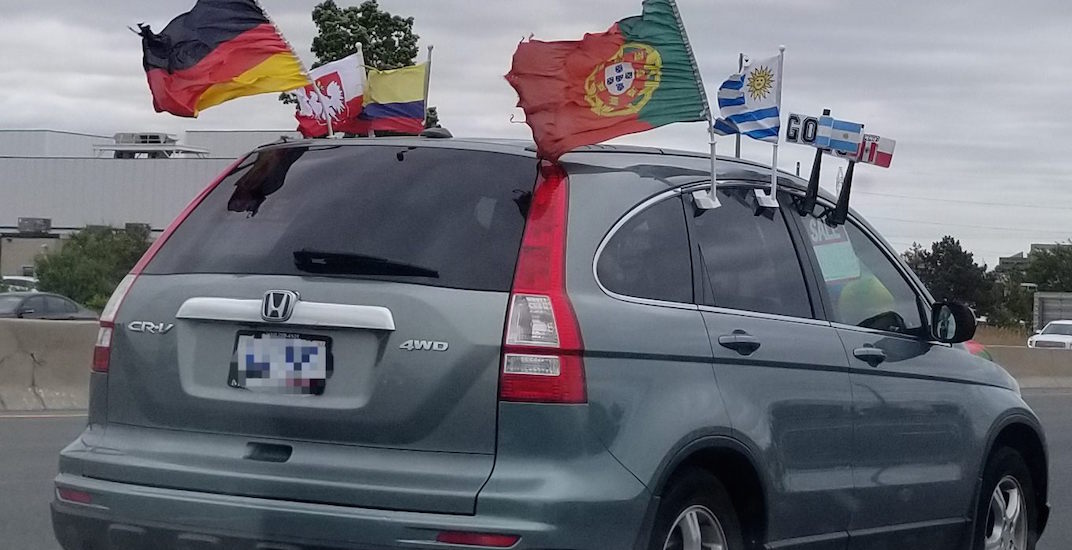 This appears to be the attitude of a soccer fan in Toronto gearing up for the FIFA World Cup, which begins next week in Russia.

Spotted by Reddit user ntehnsome on Highway 401, a driver in a Honda CR-V was sporting seven car flags. While the number of flags was excessive, what made this extra unusual was the fact that they were all from different countries.

Colombia, Poland, Germany, Portugal, Uruguay, Argentina, and what looks like Peru… That’s seven out of 32 teams in the World Cup this year.

It’s unclear what the motivation could be, though some on Reddit theorized that this may be an owner of a store that sells car flags.

Maybe it’s the child of a diplomat that has toured the globe?

Or perhaps it’s simply an example that Canada is a nation built by immigrants. That will be evident once the tournament starts, as fans support the country of their birth, or the country where their parents or grandparents immigrated from.

With Canada failing to qualify for the World Cup again (they haven’t made it since 1986), I guess people don’t have much choice. So pick a team (or seven), and have fun.