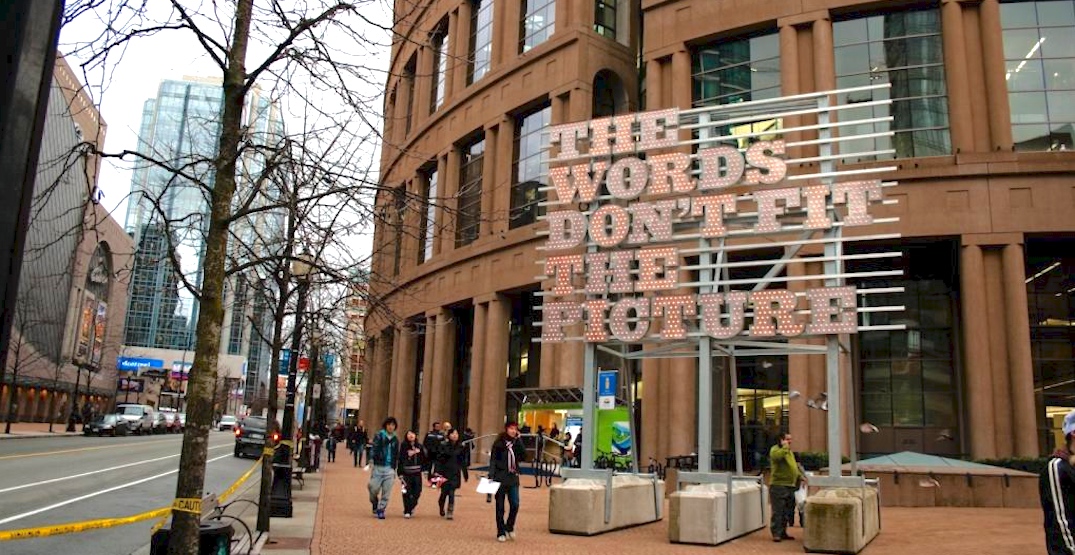 After being in its position for more than a decade, “The Words Don’t Fit The Picture” public art sign was removed from the Vancouver Public Library’s (VPL) Central Branch’s southern plaza.

The large aluminum sign with 1280 LED lights programmed to illuminate in sequence was designed by local artist Ron Terada.

It was commissioned for the 2010 Olympic and Paralympic Public Art Program, and first installed at Dilawri Square — the northeast corner of the intersection of Robson Street and Homer Street — just weeks ahead of the Games. 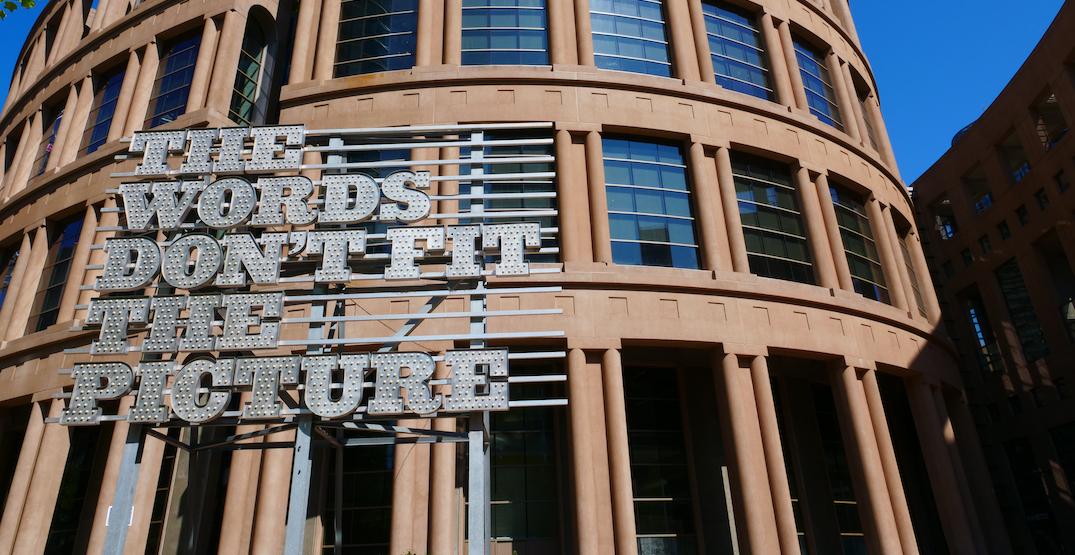 Over the years, it has become one of the city’s most prominent public art pieces, and a landmark fixture in the streetscape. But it was removed from the plaza earlier this week, after a decision was made over reasons that include the sign’s ageing condition and future renovations to the plaza.

“This decision was made collectively by a jury composed of representatives from the VPL and the local art community who looked at a number of considerations for the future of the piece,” reads an email from the City to Daily Hive.

This decision was made in conjunction with Terada, who advised the city to decommission and remove his piece.

“Upcoming changes to the design of the plaza left no future site for the artwork, which was designed as a site-specific work for the Central Library,” continues the statement.

Extending the lifespan of the sign would have required significant restoration, the city says. Many of the LED lights, which typically have a lifespan of about 10 years, were burnt out and required replacement. 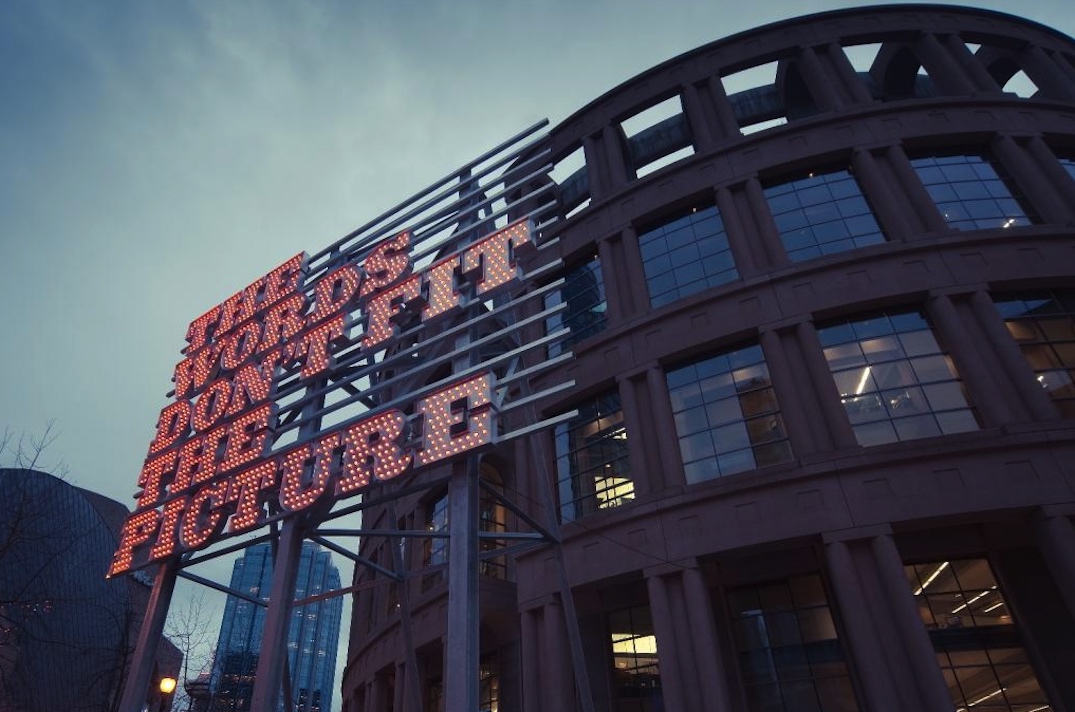 However, the city says the restoration work needed would approach the value of the sign’s original commission.

According to the city’s description of the piece, “the sign takes its cues from an era of signage when signs were once seen as celebratory, grand, and iconic — in effect, as landmarks in their own right as a kind of symbolic architecture.”

This sign also acknowledged Vancouver’s past history as one of the world’s neon light capitals.

“Taken within the context of a public library, the work touches upon — in a very poetic way — the use of words and language as boundless and imaginative, as a catalyst for a multiplicity of meanings,” continues the description.

The 2010 public art program, with a budget of $3.75 million, resulted in over 20 new permanent and temporary Games-time public art pieces.

Permanent installations include the “Monument for East Vancouver” next to SkyTrain’s VCC-Clark Staiton, “Boulevard” lights perched on lamp posts in Yaletown and on Cambie Street, the “Ice Light” LED installation on the roof of Vancouver City Hall, and “The Birds” at Milton Wong Plaza in the Olympic Village.