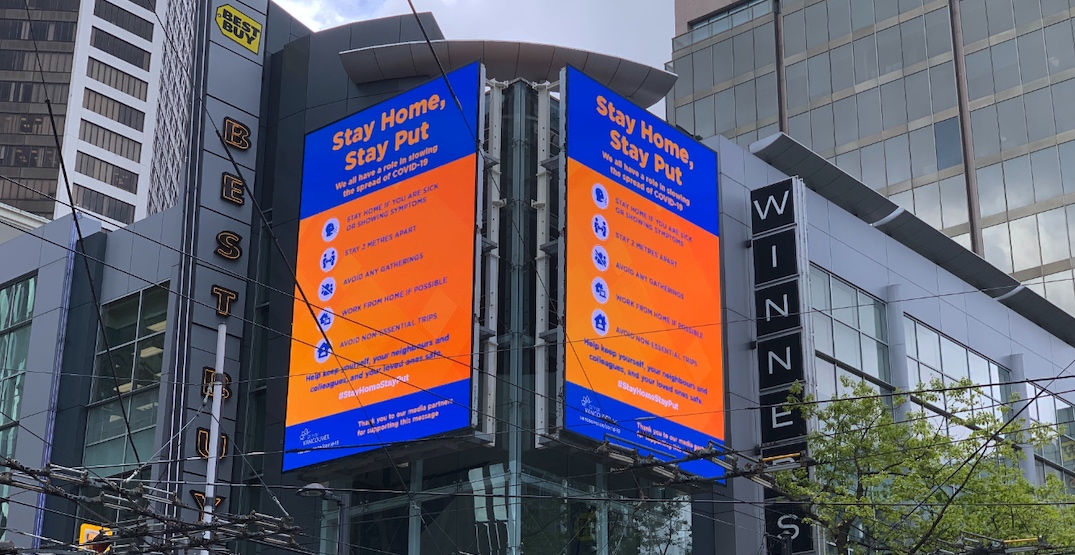 For nearly two decades, the neon lights along the Granville Entertainment District in downtown Vancouver have been complemented by a pair of giant electronic video screens hovering high above the prominent intersection of Robson and Granville Street.

Over the past month, the ageing screens perched on the facade of 798 Granville Street — the retail building with Best Buy and Winners — were replaced with new larger and brighter LED models.

With an area of 581 sq. ft., the new screens are nearly twice the size of the old screens’ area of 301 sq. ft. and span the area between the second and third floors.

Even with their larger size, these screens are far more energy efficient, consuming about 25% of the average power of the previous screens. The high-tech models come with ambient light sensors to automatically adjust the brightness of the screens to respond to daylight and nighttime conditions.

As well, the new screens are designed to concentrate light output to the desired viewing area – towards pedestrians – and minimize light output on unwanted areas, particularly nearby residential and office buildings. 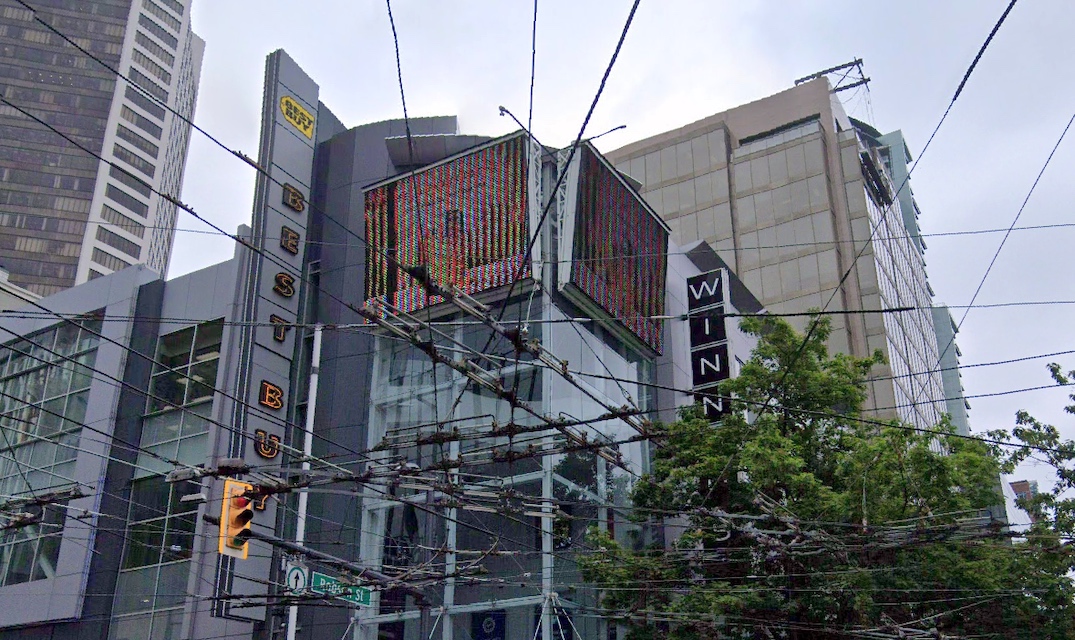 Old screens at the intersection of Robson and Granville streets in downtown Vancouver. (Google Maps)

This project has been years in the making. Building owner Bonnis Properties first received permission from Vancouver city council to install new larger screens in November 2017.

Under the approved terms, while the screens will be mainly used for advertising, Bonnis Properties will dedicate 10% of the air time for video art and community programming managed by the City of Vancouver.

It will also provide the municipal government with $120,000 annually to administer and create the content for the city’s air time on the signs. The city has already exercised its air time by using the screens for public service announcements related to COVID-19. 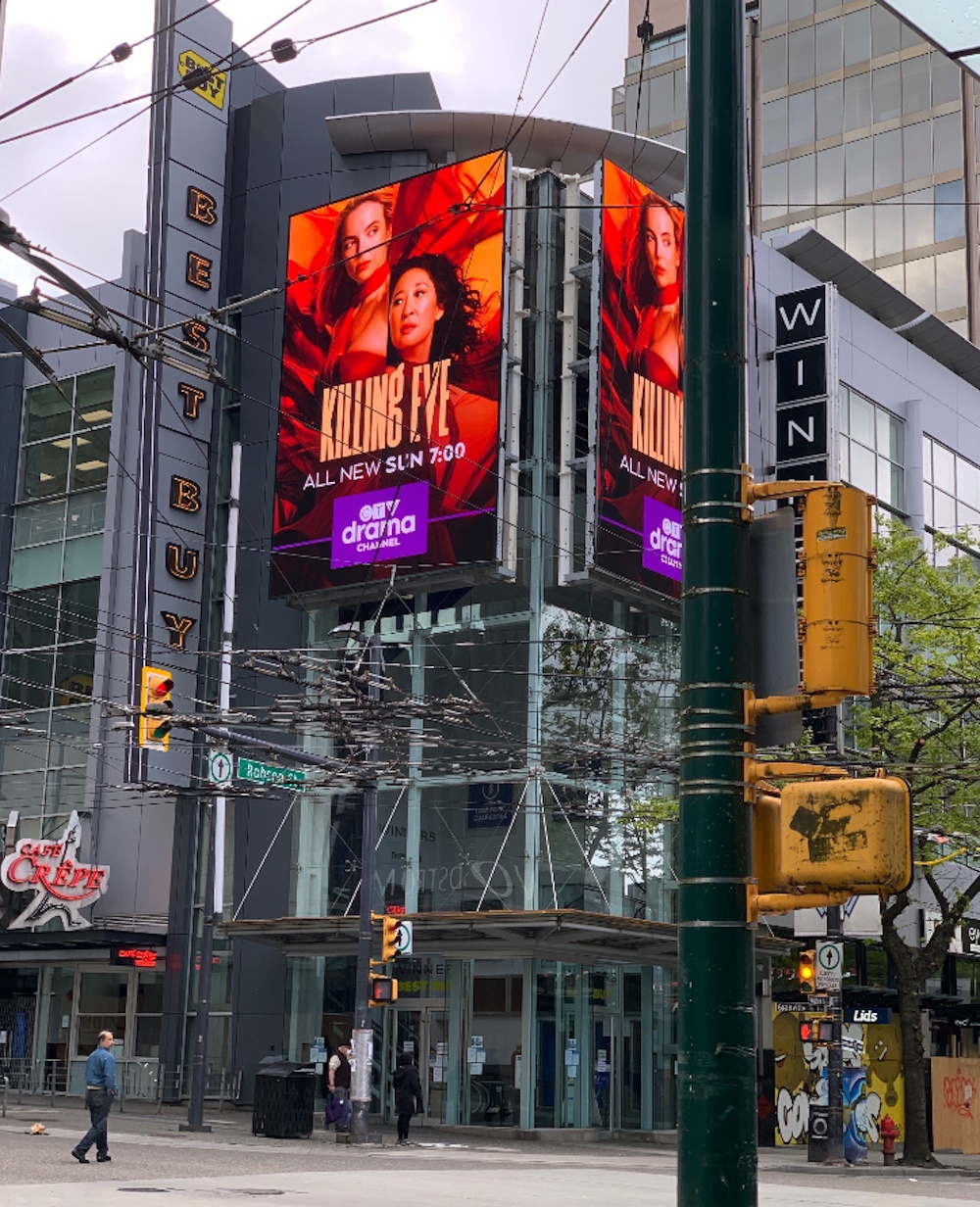 Outdoor video screens and building-mounted advertising signs are strictly scrutinized in Vancouver to the extent that the city has some of the toughest sign policies of any major municipal jurisdiction in North America.

But an exception has been made for the Granville Mall in downtown Vancouver given that it is the city’s entertainment and nightlife hub.

Large video board screens are also found at Canada Place, BC Place Stadium, and the southern end of the Burrard Bridge on land owned by the Squamish First Nation. Another screen recently installed at the intersection of East Broadway and Kingsway displays public art.

Size of the old and new video screens compared at the intersection of Robson and Granville streets. (Bonnis Properties)