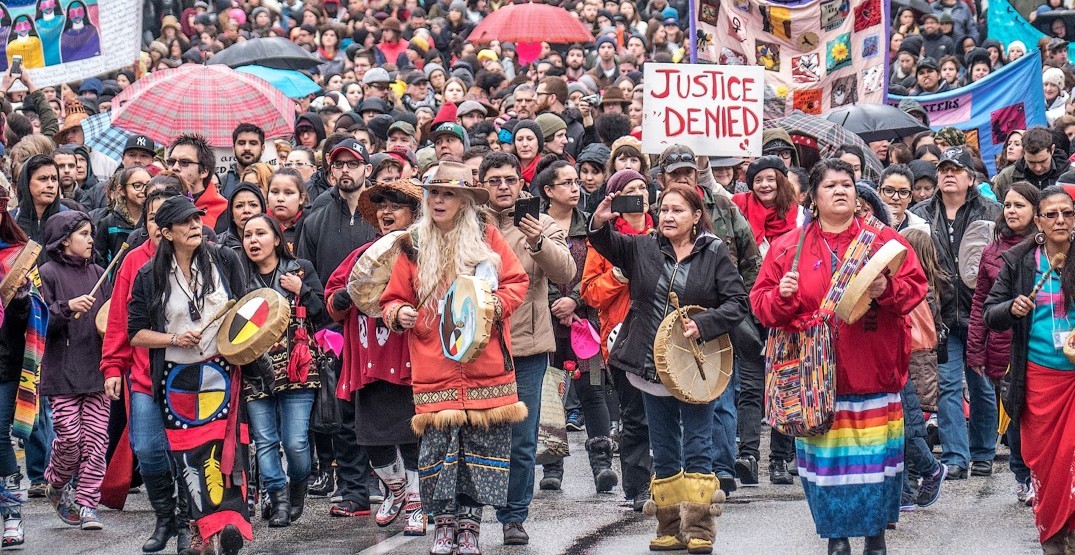 On February 14, the streets of Vancouver’s Downtown Eastside will fill with the sounds of beating drums, as thousands gather to honour the lives of missing and murdered women at the annual Women’s Memorial March.

The march has taken place every year on Valentine’s Day since 1992. This year, event organizer Evelyne Youngchief says that the march will honour over 970 women in the Downtown Eastside who have gone missing or have been killed. 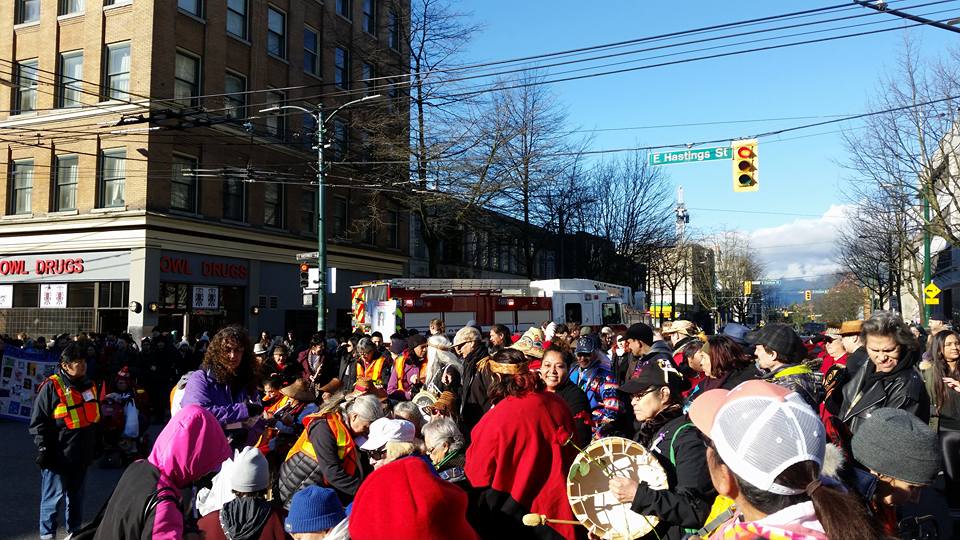 The event starts with a family remembrance ceremony at Carnegie Theatre on Main Street where no media are permitted. The attendees then head outside to begin the march.

“The [Indigenous] elders will come out, and people are holding hands. And then the drummers and the family members. It’s a really sad moment but you have to be there to capture it,” she said.

“The lead elder will say a prayer before we head off.”

The march then begins and that’s when other members of the public are welcomed to join. Indigenous elders lead the crowd, a tradition that’s gone on for “years and years,” says Youngchief.

Along the route, stops are made at various locations where women have gone missing or have been victims of violence. At each location, a special Indigenous ceremony is performed to pay respects to the women.

“There’s a lot of stops on the way,” says Youngchief. “It’s a long day. But you know what, if the elders can march the whole day and the whole way, anybody can.” 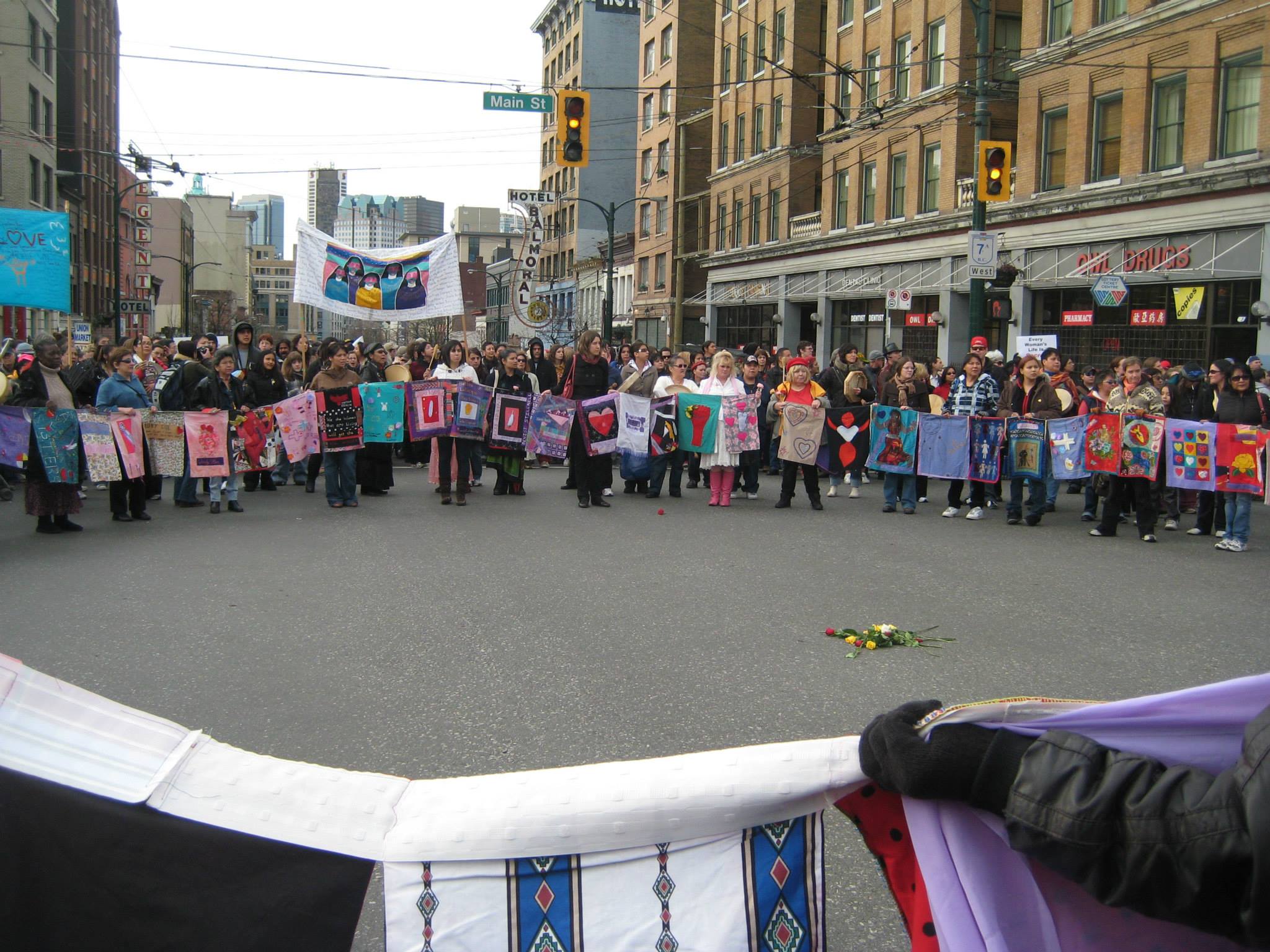 These are meant to be private moments and Youngchief advises attendees — especially media — give family members their space. Speeches, songs, and drumming continue as the crowd moves along.

The march is also an opportunity for Youngchief to pay her respects to women in her life who have been victims of violence. Her friend Georgina Papin was murdered by Robert Pickton, the Port Coquitlam pig farmer who was charged with killing 26 women. Youngchief testified at Pickton’s criminal trial in 2007.

In 2016, the Government of Canada announced an independent national inquiry into missing and murdered Indigenous women. Youngchief took part in the Vancouver hearings but was left feeling more than disappointed.

“I hated it. It was so horrible to be there as a survivor. I didn’t even speak about being a survivor. I spoke about all my friends who I lost from the Downtown Eastside and the Pickton farm and be being a witness at the trial.” 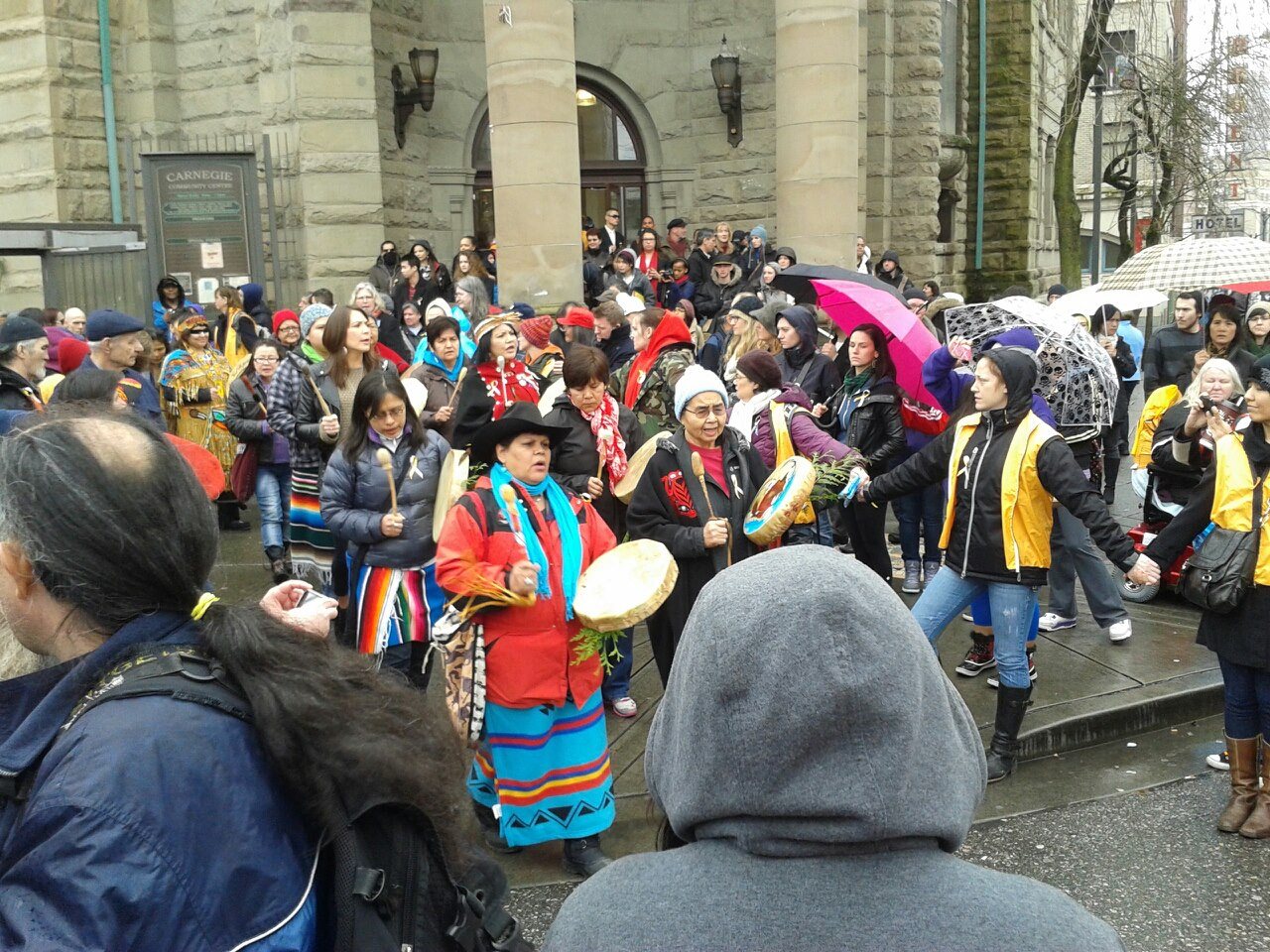 On its website, the Women’s Memorial March committee reiterates Youngchief’s thoughts about the inquiry.

“Despite a national inquiry being launched on missing and murdered Indigenous women and girls, the reality on the ground in the Downtown Eastside has not changed,” states the committee.

“Increasing deaths of many vulnerable women from the Downtown Eastside still leaves family, friends, loved ones, and community members with an overwhelming sense of grief and loss. Indigenous women disproportionately continue to go missing or be murdered with minimal action to address these tragedies or the systemic nature of gendered violence, poverty, racism, or colonialism.”

Although the march brings up many difficult memories for Youngchief and those attending, it also serves as a powerful reminder that those women will never be forgotten.

Youngchief says that eagles will often appear in the sky at some point during the event.

In Indigenous cultures, eagles are believed to have a special relationship with the creator and are considered sacred animals.

“For me, the best part of it is when we come circle back and we’re getting close to Carnegie… and the eagles come. Because us, we believe that’s [the women]. That’s them coming down to be with us,” she said.