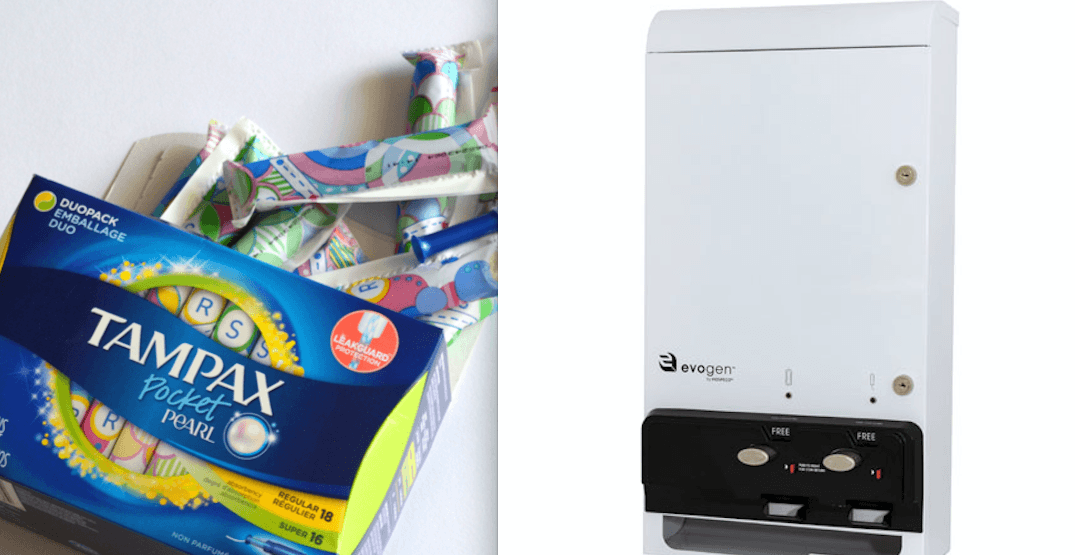 When Dr. Selina Tribe learned that her daughter’s Vancouver school was not equipped with a coin-free tampon and pad dispensers for female students, she felt something had to be done.

“I was taken aback by that and indeed went and talked to the school. And that, in fact, is the policy of the school boards is in general — to not have any of those [machines] installed at all,” Tribe, who is a professor at Douglas College, told Daily Hive in an interview.

Tribe took action by having a coin-free dispenser installed at Sir John Franklin Elementary School, where her daughter is a student.

She says that the current school board policy requests students to go down to the office if they are in need of a tampon or a pad.

“There are so many problems with that,” explains Tribe. “First of all it’s embarrassing and there is a huge shame around menstruation.”

Tribe felt that the coin-free dispensers should be available at all schools and decided to reach out to various school board trustees in Metro Vancouver.

“These things move quite slowly,” she said. “But the New Westminster School Board was the first group to schedule me in.”

Tribe met with the board members in early January and now the district is considering her recommendation.

Holly Nathan, the communications coordinator for New Westminster schools, confirmed with Daily Hive that the school board is considering a recommendation directing staff to provide a report by February 12 with “information regarding the installation of coin-free tampon and pad dispensers in all girls’ and universal restrooms and secondary schools.”

“The board will also consider a recommendation that a letter be sent to the government (Ministries of Education and Health) and to the BC School Trustees Associations advocating for the initiative,” added Nathan.

For Tribe, this is a small, but successful step in a larger movement.

“I want this for every school and I am starting with the schools because I have the precedent of putting [a machine] at a school.”

“And also this is where girls start their period because they are usually school age and the silence is deafening at the schools about how to deal with this.”

Tribe’s next meeting is with the Burnaby School Board on January 17.

Eventually, she wants to bring the issue to the Provincial Board of Education and the Ministry of Health.

“It eventually needs to be a national issue written into the Canada Health and Safety Act,” she said.

Tribe isn’t the only one pushing for a menstrual equity movement.

The issue has been recognized at a federal level. The NDP brought forward a motion calling for the tampon tax to be removed in Canada in 2015, and it was unanimously passed in the House of Commons.

Canadian post-secondary schools like Centennial College in Toronto have joined in on the Free the Tampon initiative, which works to provide free feminine hygiene and menstrual products in women’s washrooms at no cost.

Centennial was one of the first Canadian institutions to make menstrual products free for women and schools in Halifax, Calgary, and Montreal have followed suit.

In Vancouver, YVR announced in January 2018, that tampons and sanitary pads would be available for free at any information desk at the airport.

Machines are ‘not costly’

Tribe says that the type of machines she is suggesting schools should install are not costly.

The HOSPECO dispensers come with a simple push button and range from $100 to $300 per unit. 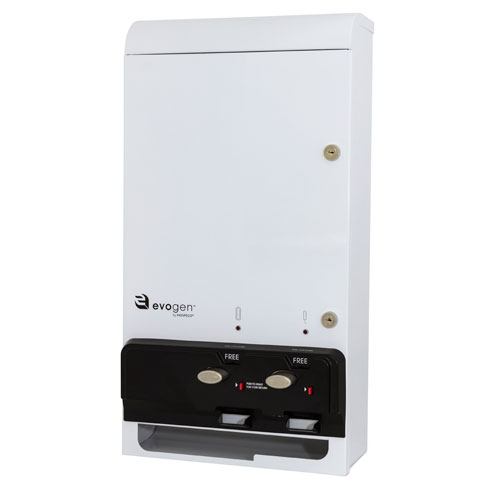 “You just need one unit per bathroom and they’ve got over a 10-year usable lifetime to them,” she said. “So they are not costly units to start with.”

Tribe says that installation is simple, and not “a huge undertaking.”

“I would not advocate for coin dispensers because that’s not fair. Then you’d be asking girls to have quarters or 50 cents on them,” she said.

Tribe feels schools should be responsible for stocking the machines.

Ending the ‘culture of shame’ around periods

Tribe says the fact that so many washrooms are unequipped with free menstrual products speaks volumes about the stigma around periods.

“The analogy I am making is that menstruation is a normal bodily function just like peeing and having bowel movements. We supply those materials for everybody and boys and men are able to access all the needs in a bathroom with no anxiety,” she said.

Tribe says there is a certain “culture of shame” surrounding menstruation, and this contributes to the lack of awareness around the importance of accessible period products

“There’s a certain high level of support for bodily functions and taking care of boys and men in our society,” she said.

“But there is a huge gap when it comes to the normal function of girls and women and that’s what we need to address.”