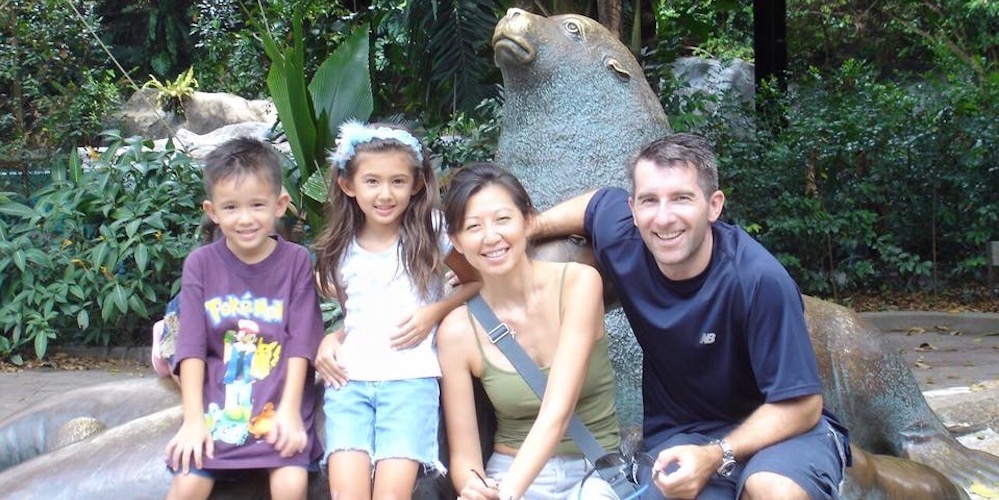 While I often reckon with what I truly look like to the world, I’m grateful for all of the opportunities that I’ve been given as a white-passing female, blessed with the opportunity to live in various countries around the world.

I understand that with an English surname, I’ve been granted access to jobs that others may not have access to, and I will probably never have to endure hate crimes such as those happening to Chinese people all over the world because of their coronavirus fears.

Although I accept and enjoy being a part of two beautiful cultures, I still live with the feeling that neither of them is fully accepting of me.

“You’re lucky you look white,” my mother would say to me as I entered the working world. 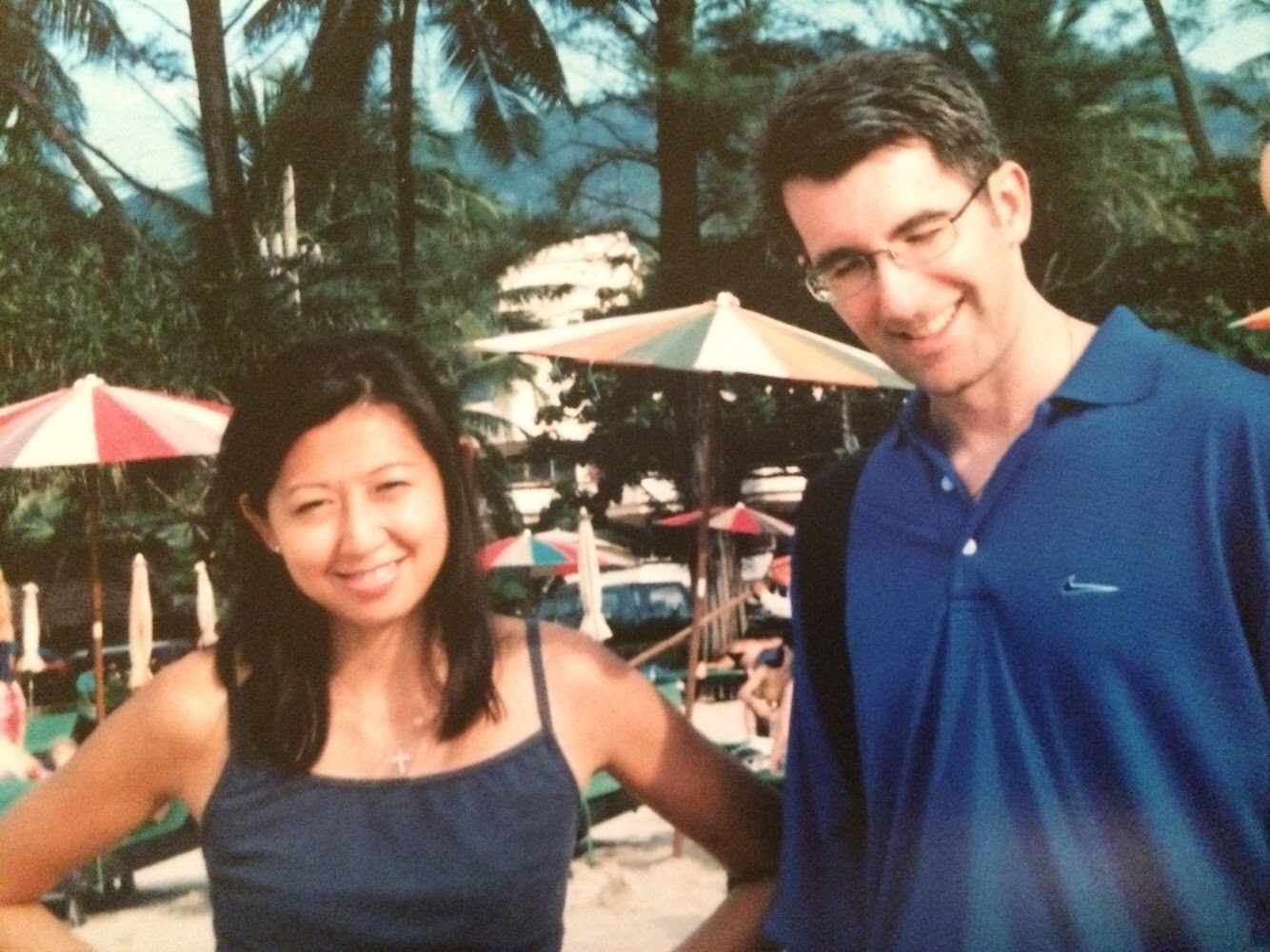 My parents in the 90s, child-free.

Where it all began: Singapore

I’d had a fairly normal upbringing as a half-Chinese child in Singapore. I was obsessed with Milo and Ribena packets, loved chowing down on roti prata, and slurping char kway teow in the hawker centres. I went to a girls-only school, much like the other Singaporeans around me.

I never really understood myself to be different from them until the second grade, when I took the annual standardized test for my social studies course. There was an association question that went something like:

I, having brown hair, selected answer A. It was marked as incorrect. According to the Singaporean standards of the day, girls only had black hair.

For the first time, I noticed just how different I was from my classmates. 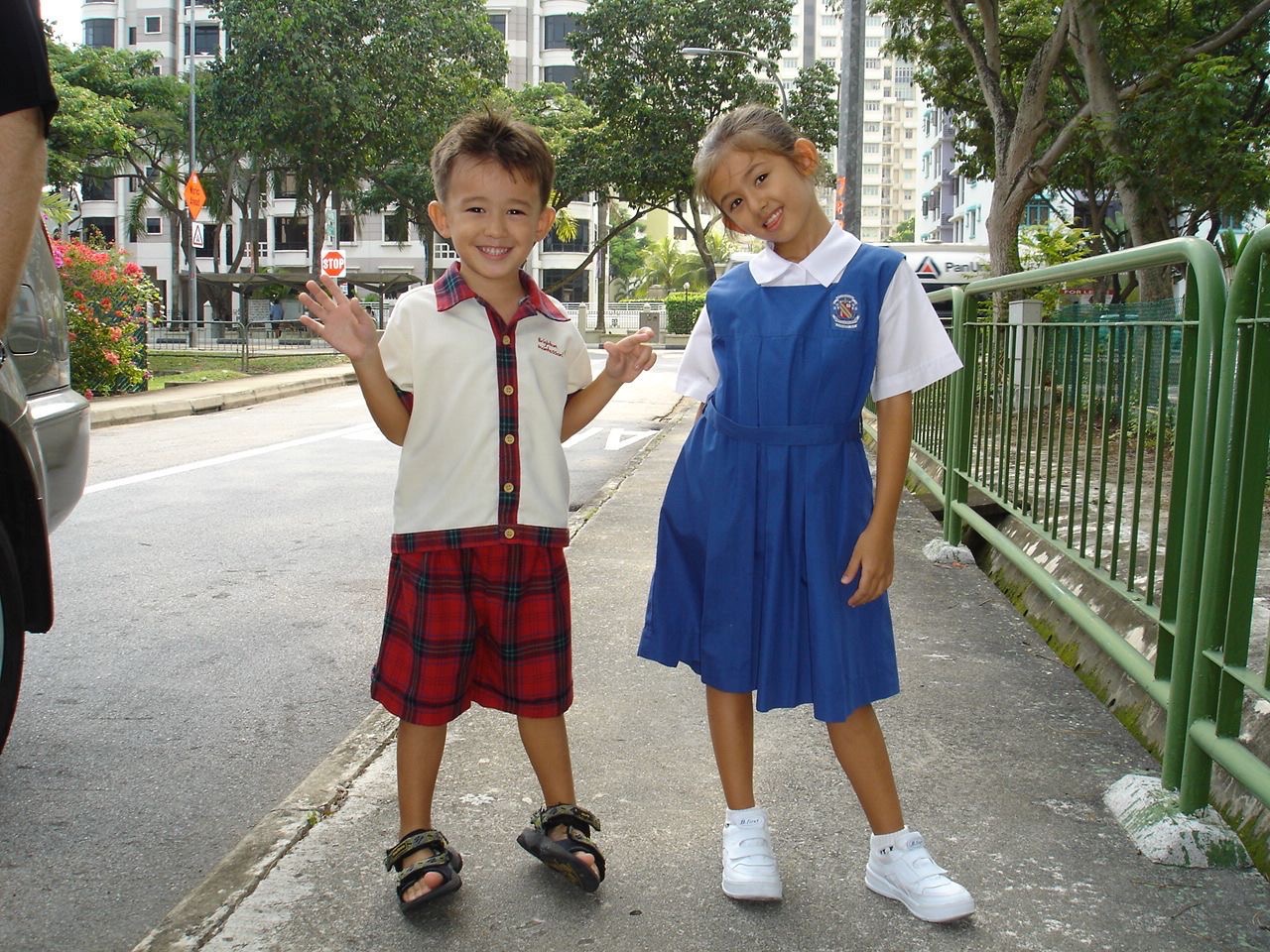 Me in my school uniform beside my brother in his.

A year later, my parents switched both my brother and I into a private Canadian school that followed a North American curriculum. They’d tell us that it was because our Singlish accents were too strong. 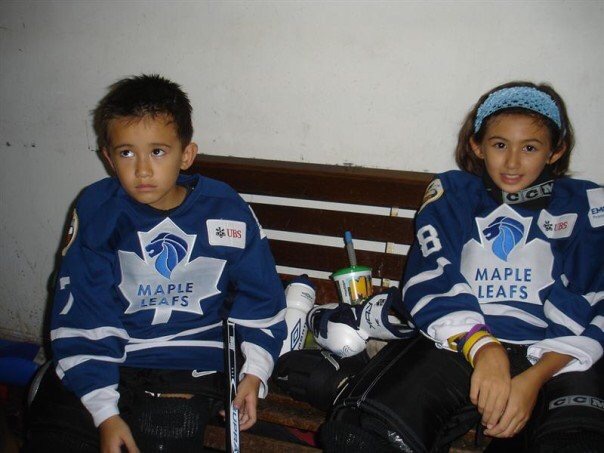 My brother and I on the Singapore Maple Leafs.

Transition to New York: Not born this way

When I’d first moved to New York, I had to get a biometrics scan in order to be provided with my green card. On the paperwork, I had to select my race between Caucasian or Asian. I turned to the guard who was working closest to me, asking him which to pick. “White,” he’d said. “Always pick white.”

In the move across the globe, I couldn’t help but feel inadequate and othered standing next to the other white girls with pale faces, perfectly straight blonde hair, endless pairs of UGGs, and arms stacked with Jak Vanek bracelets. I wanted to look like them and hated that I wasn’t naturally born that way.

I’d still spend countless hours Googling keratin straight hair treatments and colored eye contacts, furious that I wasn’t at least blessed with my father’s green eyes. My strong mother would tell me that it’s better to be different, reminding me that I was young and should never feel the need to whitewash myself to fit in. 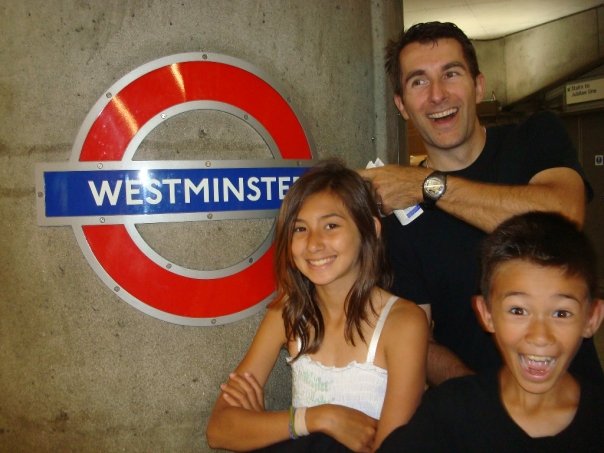 Losing my halfie status in Dubai

Upon moving to Dubai in high school, I was treated as if I was fully Chinese after being compared to the girls from Australia, Europe, and the US. My high school was very multicultural, but I was one of only a handful of students of East Asian descent.

While classmates in school helped me become more comfortable with the way I looked, my friends outside of school had more than their fair share of questionable comments.

At parties, people would introduce themselves with where they were from. When I’d say New York, I was met with, “No, you’re not. Where are you really from?” I was also told that I was “exotic and pretty for an Asian,” yet I had to deal with comments on the other end of the spectrum such as “Nobody likes Chinese girls,” and “You’re a chink.”

It was only when I was older that I realized the problems behind these statements. I’d also like to note that they were all said to me by men — a problem that many women face, that men sometimes feel the need to share their comments about us, all the time.

Reflecting on these statements, I started to realize what my mother meant by the fact that she was glad I looked white, as she must have faced an incredible amount of racism by moving to Canada as a Chinese islander from Fiji. 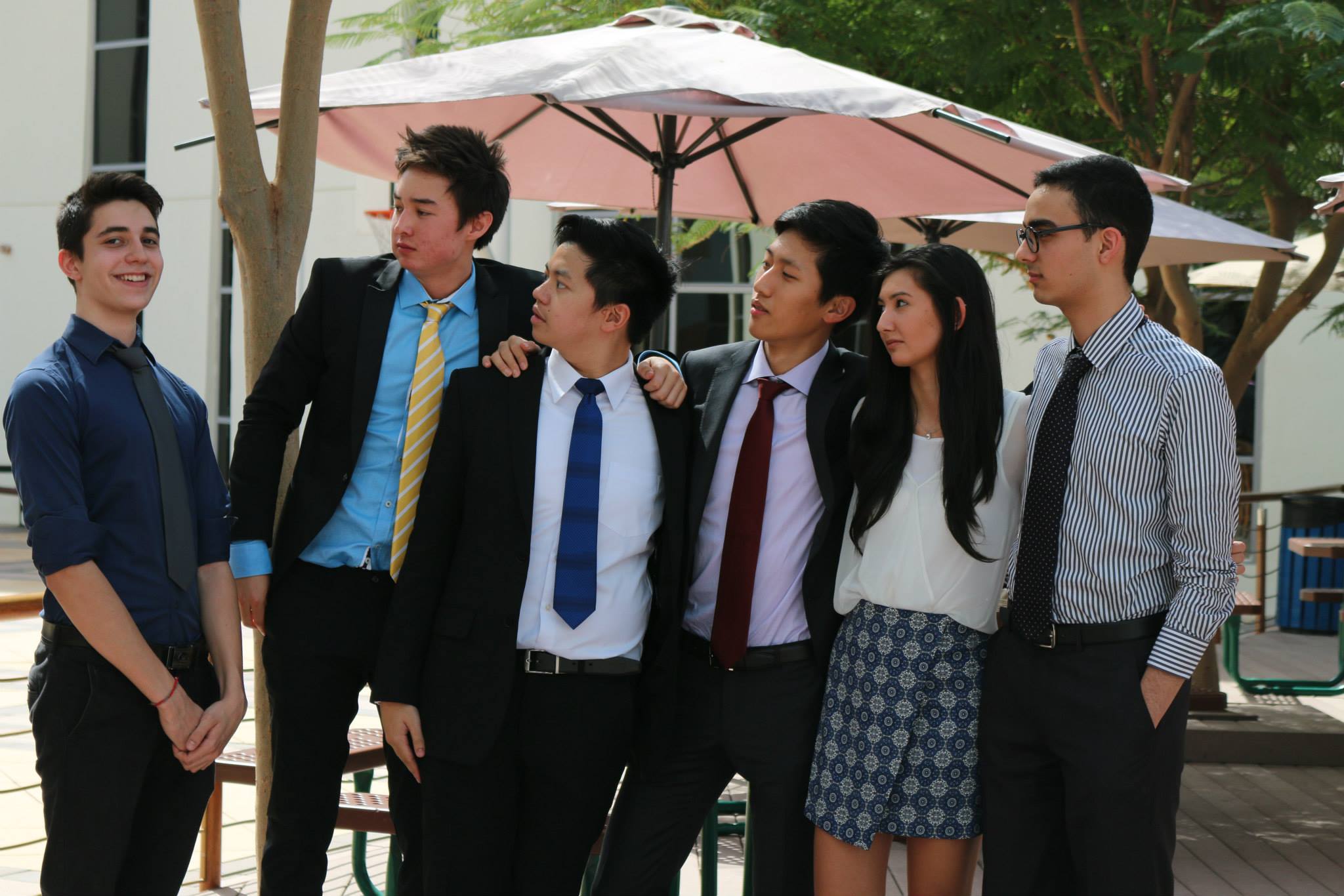 The only Japanese/Chinese/Filipino/Korean Asians in my graduating class. (And a British boy on the left.)

Going to college and working in North America

In my summers away from school, I would work in Vancouver, Canada. I had jobs in retail and radio for three years, jobs I’m tremendously grateful for. At this point in my adulthood and after living among North Americans, I must have lost most of my “Asian-ness” in me, as my skin lacked its permanent tan and people began assuming that I was white. I’d have people argue with me that I wasn’t Chinese, explaining that because I was a mix, it didn’t count.

I remember people coming into the store, complaining to me about a large number of Chinese people in the city. They’d be annoyed that “the Chinese don’t speak English” and that they were able to purchase whatever they wanted with “dirty Chinese money.” To that, I’d have no response.

I worked in an environment full of white staff. I was sometimes asked by coworkers with a scrunched face what I was eating — usually a packed lunch of congee, a traditional Chinese rice dish.

After reading posts in the Facebook group Subtle Halfie Traits and meeting more halfies in my day to day life, I’ve come to understand that being part of two races gives us all a certain bond: race becomes such a huge part of our lives because others are constantly trying to put us into binary boxes. We’re all too white to be Asian, and too Asian to be white.

I’d love to be able to meet people without them asking where I was from, not having to explain to people why I understand Mandarin, eat certain dishes, or why I rave with ABGs.

I’ve even thought about purchasing clothing that resembles a cheongsam, a traditional Chinese ceremonial dress, but stray away in fears that I’ll be called out for cultural appropriation.

Even now, after two years of dating, my boyfriend still snickers when I say that I feel more Chinese than white.