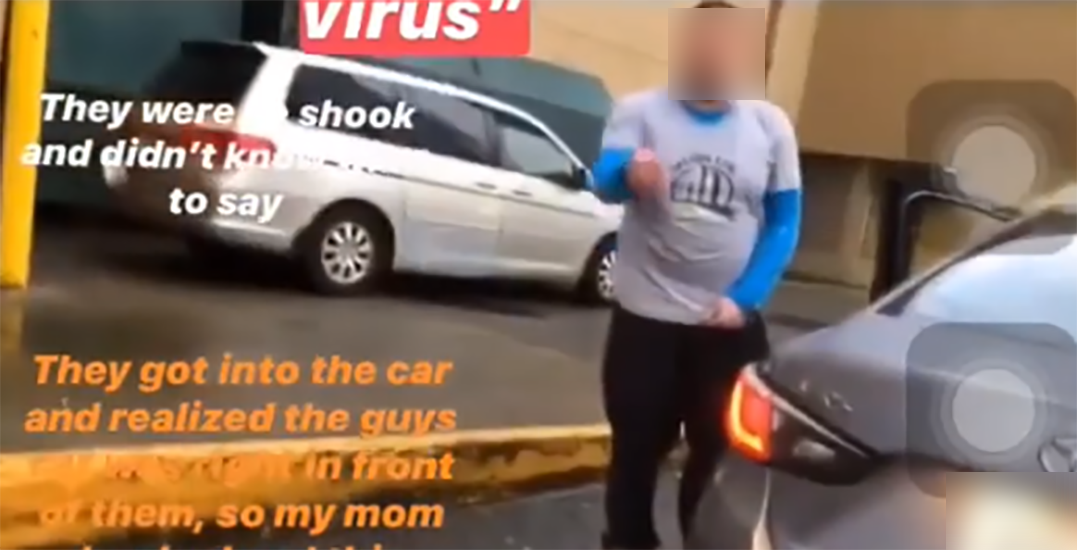 A racist encounter that unfolded at Metropolis at Metrotown in Burnaby is now making rounds on social media.

The video was uploaded and shared on Instagram on Thursday evening. The user says that the incident took place in the afternoon and involved a man making racist comments towards their mother and sister.

According to the Instagram post, the man allegedly says something among the lines of “Hey, you dropped something,” to the mother and sister. One of the women involved steps out of their car and begins to film.

The short clip reveals a brief exchange in which the man says “You dropped your coronavirus.”

The man continues to say that he’s made similar comments to “10 different people.”

The Instagram post also says that “even after both sides got into the car, he kept giving them the finger and blocking the road.”

On Thursday afternoon, the BC Centre of Disease Control (BCCDC) issued a number of tweets hoping to clear up “several misconceptions being spread about coronavirus on social media.”

On Friday morning, Canada’s first coronavirus patient was also discharged from the hospital. The Sunnybrook Health Sciences Centre says that his status improved “to the point where he no longer required in-patient care.”

Daily Hive has reached out to the owner of the video for further comment.