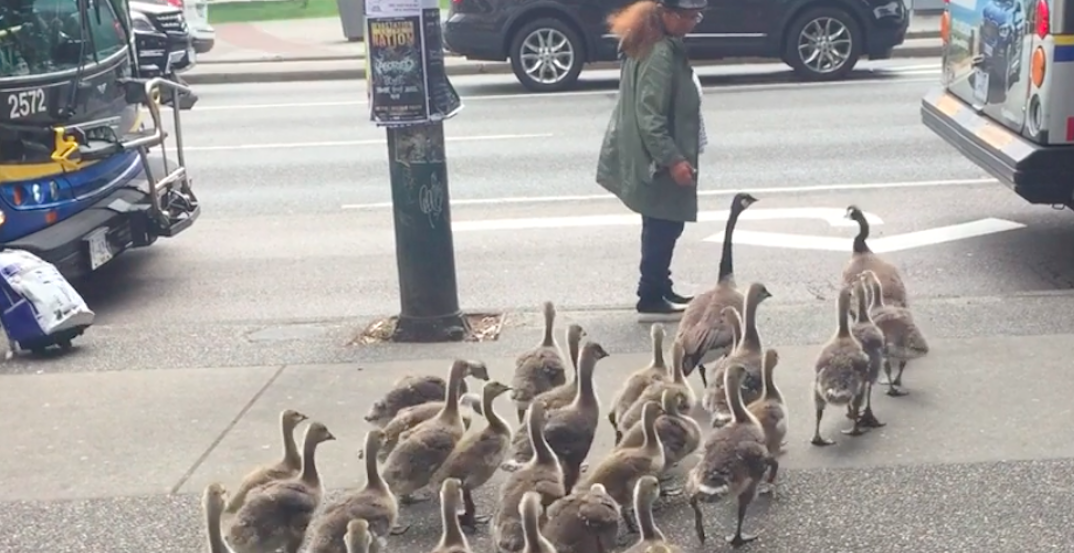 A woman leads a flock of geese across a street. (Reddit screencap)

That’s exactly what happened this week, when a woman led a flock of 20-or-so jaywalking birds across Main Street, near Main Street-Science World SkyTrain station.

The event was captured on video and posted to Reddit by doubleGGboobs, with a number of commenters speculating what the geese were doing on that side of the street in the first place.

“Swim time in False Creek was over,” suggested one person.

“They went to A&W for some Chubby Chicken,” offered another.

Whatever the reason was for the impromptu goose gathering, we’re thankful to the anonymous lady who helped them all safely cross the road.