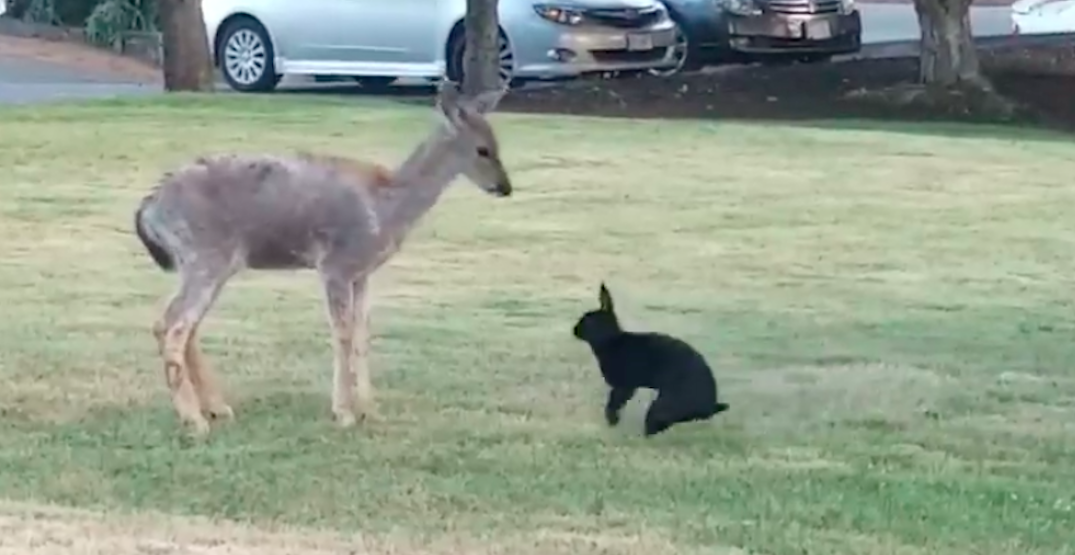 A screencap from the video of a baby deer and rabbit playing with one another. (Tomas Avendano /Facebook)

It’s like something right out of an animated Disney movie – except it happened in real life on Vancouver Island.

Captured on camera and posted to Facebook, the video, by Tomas Avendano, shows a young deer and a rabbit hanging out on a public green space in the town of Comox.

While seeing the two animals at the same time might in itself be enough for someone to capture the moment, there was more to this particular sighting.

In the video, the pair appears to play with one another in a striking similarity to the classic scene in Bambi.

The video itself is gaining traction online.

Of course, when one watches the minute-and-a-half long video for themselves, it’s not that hard to see why.