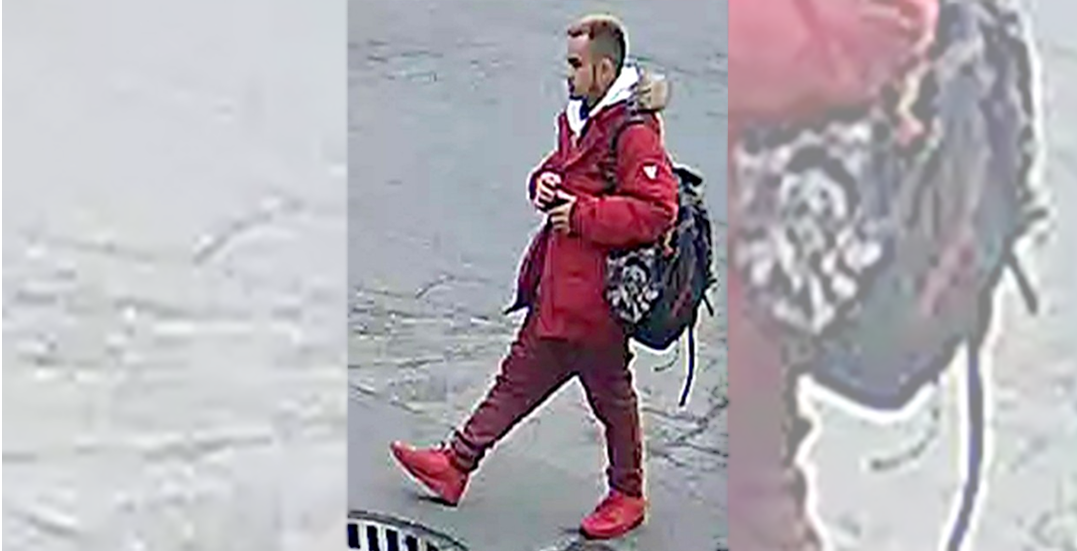 Editor’s Note: This article contains graphic details that could be disturbing to some readers.

A 22-year-old woman in Vancouver was reportedly attacked and kicked to the ground by a stranger after being sexually propositioned.

The Vancouver Police Department (VPD) says that the incident occurred on Tuesday afternoon in East Vancouver. The victim, a South Vancouver resident, was waiting at a bus stop near Knight Street and East 57 Avenue.

Police say that she was approached by a stranger who wore a red puffy jacket with a fur-lined hood.

“The man showed the woman a condom and a pornographic image on his phone before propositioning her for sex,” says Sergeant Steve Addison in an emailed statement. “When the woman refused and walked away, the man kicked her from behind and knocked her to the ground.”

Fortunately, the victim did not receive serious physical injuries. She managed to get up and run away from the suspect, who also fled.

Investigators have since obtained security footage of the suspect from a nearby business. He’s described as an Asian man in his 20s with a small build and short, dark hair. At the time of the incident, he was wearing a red ski jacket, a white hoodie, red pleather pants, and Air Force 1 basketball shoes. He also had a black and red camouflage backpack. 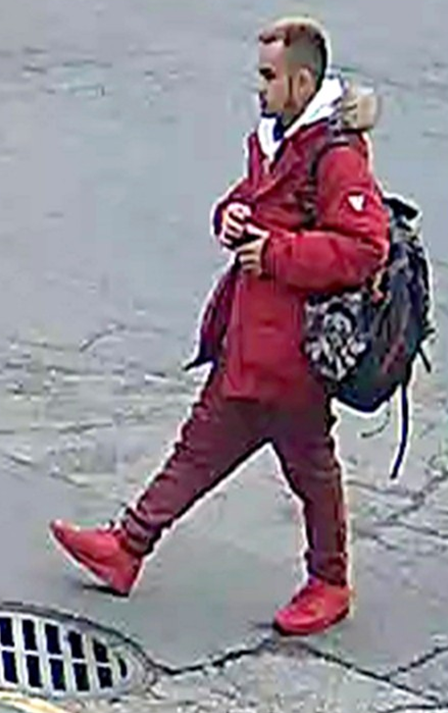 “The violent and sexual nature of this incident has us very concerned for public safety,” Addison adds. “We’re telling the public about this case, because we’re worried someone else could get hurt.”

Anyone with information or who recognizes him is asked to call the police at 604-717-0600.