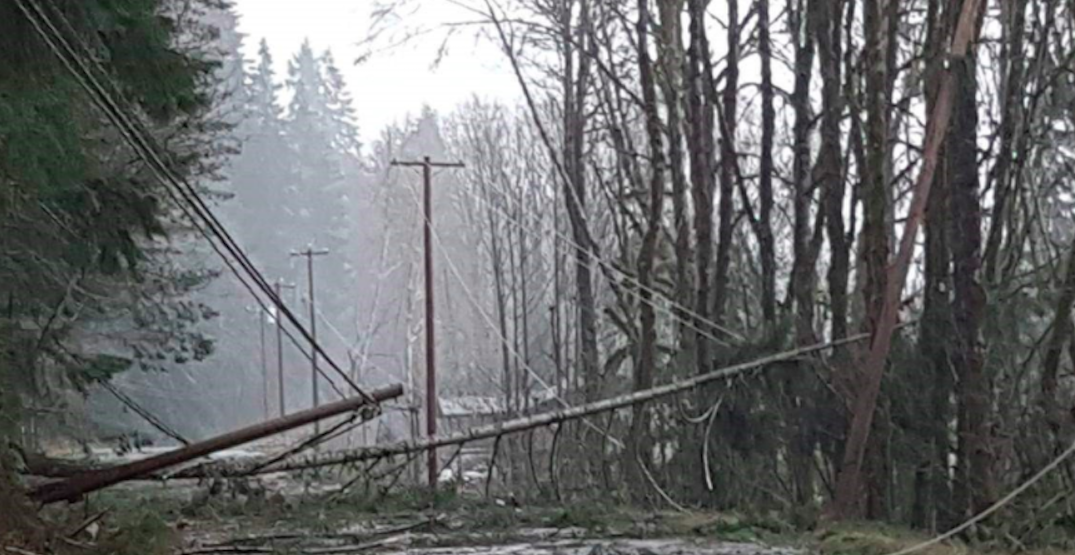 A wind warning issued in Metro Vancouver on Tuesday resulted in widespread power outages and gusts of over 90 km/h in some areas.

Late in the afternoon, BC Hydro said about 36,000 customers remain without power, primarily in Langley and Surrey as well as Courtenay and Port Hardy on Vancouver Island.

“Due to the extensive damage, some customers are expected to be without power overnight,” BC Hydro said in a release.

And while residents were advised to seek shelter and stay safe, some also took the opportunity to capture videos of the high winds across the region.

Here’s what Tuesday’s windstorm looked like in Metro Vancouver.

Crazy wind in Ladner but power is still on so I’m baking. pic.twitter.com/8uYX5mUfsD

Wind warning for coastal British Columbia today with gusts up to 110 km/hr.
This is the view from Waterfront Park on the North Shore. pic.twitter.com/Bz6UazKJHI

This video doesn’t begin to do the wind justice. There are easily 75+ kmh gusts here in New West. 1125am. #BCStorm @NEWS1130Weather @50ShadesofVan pic.twitter.com/KUvQyht67A

High water and lots of debris this morning at peak tide but otherwise relatively calm 🌊 This is a good example of how important the timing is for the coincides of tides, wind, and surge for coastal flood and uncertainty associated with forecasting! #floodrisk #DRR pic.twitter.com/RZVWFHaOrw