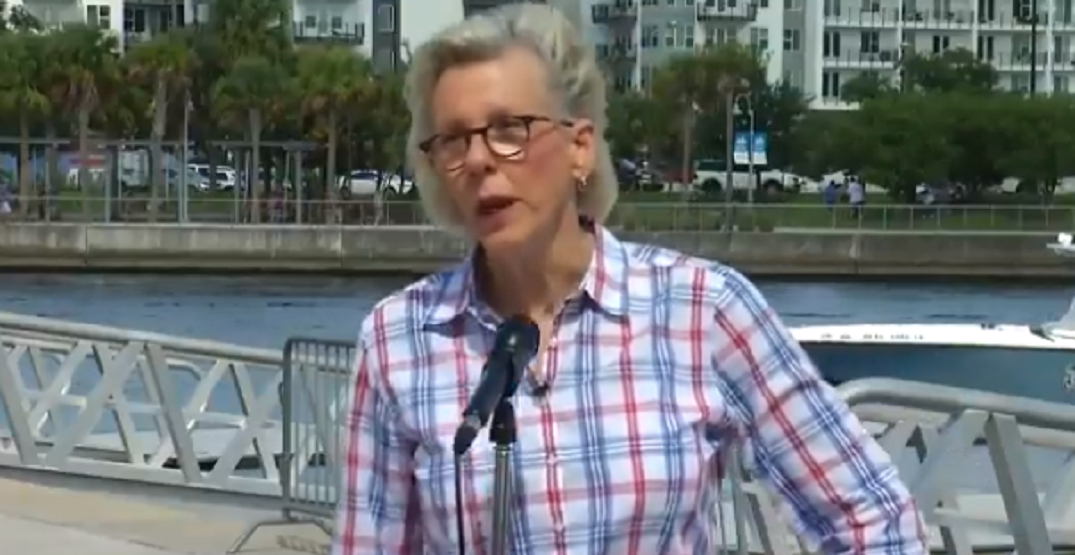 Tampa Mayor Jane Castor is the latest example of an elected official with a wildly out-of-touch sports comment.

During a news conference on Sunday, Castor said that she’s hoping that the Tampa Bay Lightning beat the Montreal Canadiens in the Stanley Cup Final but wants them to wait to wrap the series up on Wednesday night at home.

In other words, she’d like to see the Canadiens win tonight’s Game 4 and avoid a 4-0 series sweep.

“What we would like is for the Lightning to take it a little bit easy, to give the Canadiens just the smallest break, to win one at home,” Castor said. “And then we can bring it back to the Amalie Arena for the final and the winning of the Stanley Cup.”

HOT TAKE: Mayor @JaneCastor thinks the Bolts should ditch the sweep and win the #StanleyCup in 5. What do ya think, #bolts fans? #GoBolts @TBLightning @BN9 @SpecSports360 pic.twitter.com/edPLUlAR3H

In the grand scheme of things, Castor’s comments don’t mean much.

Nobody in the locker rooms is thinking about Tampa’s mayor’s opinions during the game.

But seriously? What would you think as a player hearing that from the mayor of your city?

Castor might as well have called up Lightning coach Jon Cooper and said, “Hey, we know you’ve been working your whole lives for this moment, but how about you just hold on a few days so we can have a better party at home?”

The Lightning may be defending Stanley Cup champions, and they may need to win just one of four games to win another banner.

But you still need Tampa Bay to go out and do that. The Canadiens might have just the tiniest sliver of hope coming into the rest of the series, but it’s incredibly demeaning to everyone involved to say that the series should play out in a special way.

It’s a mockery of the profession and does a disservice to the professionalism of sports. Championships are special and unique for a reason, and you don’t get to pick and choose.

The issue of strange comments around this series hasn’t just been coming from municipal politicians, though.

Just last week, US President Joe Biden and Canadian Prime Minister Justin Trudeau decided to make a bet on the result of the Stanley Cup Final. But it didn’t make any sense.

Trudeau challenged Biden to a wager once the game had already started, and they never clarified to the public what their terms were.

There’s been a discussion in sports since they first began millennia ago about whether athletes should be able to speak their political opinions.

Maybe it’s time to do the opposite: we really should keep politicians out of having sports opinions.