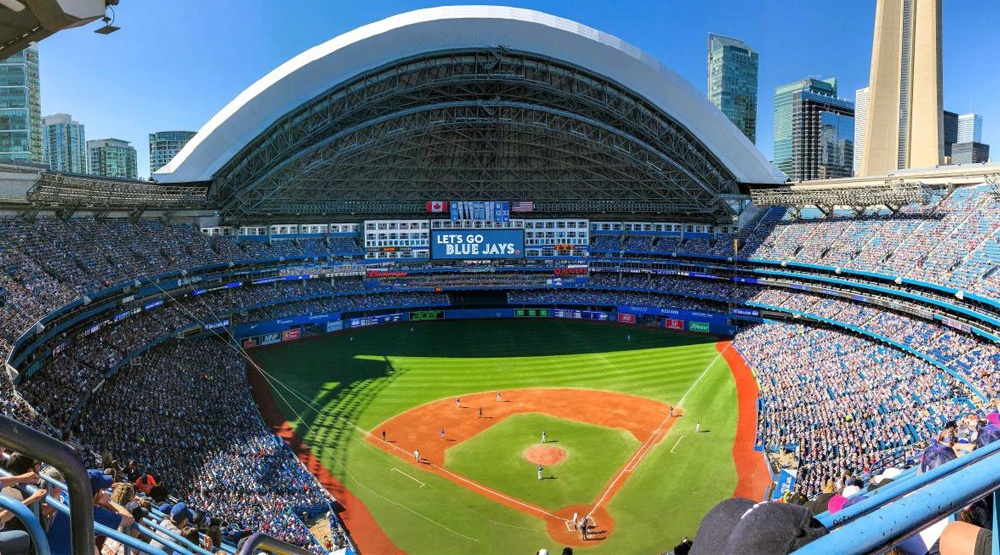 The Toronto Blue Jays are looking to return back to the Rogers Centre later this month.

In a report from Sportsnet’s Shi Davidi, it was revealed that the Blue Jays are talking with Canada’s federal and Ontario’s provincial governments with a target return date of July 30.

The team has a 10-game homestand beginning on the 30th with upcoming series against Kansas City, Cleveland, and Boston.

The Blue Jays have been away from the Rogers Centre since September 2019. Toronto flirted with a ‘no fans’ return in last year’s 60-game season, but ultimately played the entirety of their home schedule in Buffalo.

This year, the Jays have split their home dates between Buffalo and the team’s spring training, Single-A complex in Dunedin, Florida.

It is likely that Toronto will be returning with some sort of fan capacity allowed.

As Ontario enters Stage 2 of its coronavirus reopening plan, the province’s framework details “outdoor sports games, leagues and events at 25% capacity,” which would put the Rogers Centre at somewhere around 10,000 fans allowed.

However, one complicating factor to the capacity is the dome’s best-known feature: the retractable roof that allows for the stadium to be converted to an indoor facility.

It is possible that this could create some logistical problems for the team, fans, and surrounding authorities as they grapple with how to handle expected closures of the roof to combat the weather.

The Blue Jays and the NBA’s Toronto Raptors are the only two remaining men’s major pro sports franchises in North America that have yet to return home amid the COVID-19 pandemic.