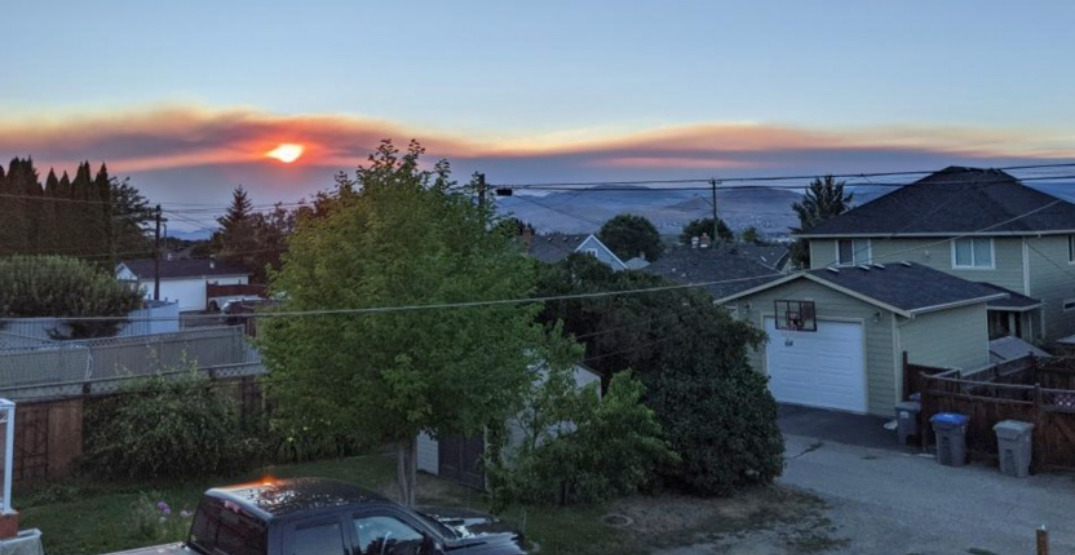 Smoke in Kamloops, BC (Submitted by @drrnchng/Instagram)

While much of the attention around wildfires has been localized in British Columbia over the past few years, the west coast isn’t the only place in Canada where wildfires are becoming a problem.

According to The Weather Network, most of the significant blazes are burning in Western Canada, where most of the smoke and air quality alerts are currently in place.

Some people have fled their homes to other parts of their regions, but officials suggest this might not be the answer.

“Because smoky conditions shift and move, self-evacuating to another community does not guarantee a person’s exposure will be reduced,” Emergency Management BC said.

Ever wondered what the sun looks like during wildfire season in Southern Alberta? 🔥 pic.twitter.com/Yx7Od6DAJv

In Alberta, the air quality advisory is listed at “very high risk” at level 10 and is expected to remain at that level until at least Tuesday for parts of the province including Edmonton and Calgary.

A level 10 is the highest the Environment Canada advisory goes.

Wildfires that are currently burning in Northern Ontario are affecting other parts of Canada.

The Great Lakes are barely visible from satellite this morning as #wildfires in Ontario blanket the region with smoke 💨 pic.twitter.com/U8mZpTWi6c

“For instance, the smoke from the wildfires in northwestern Ontario has made its way into southern Ontario, Quebec, and has even been transported over northern Newfoundland and out into the Atlantic Ocean as well,” said Matt Grinter, a meteorologist with The Weather Network.

If you’re in a vulnerable area, health officials suggest staying indoors as much as possible.

Shopping malls and indoor swimming pools, which use a controlled air supply, are also a good idea.