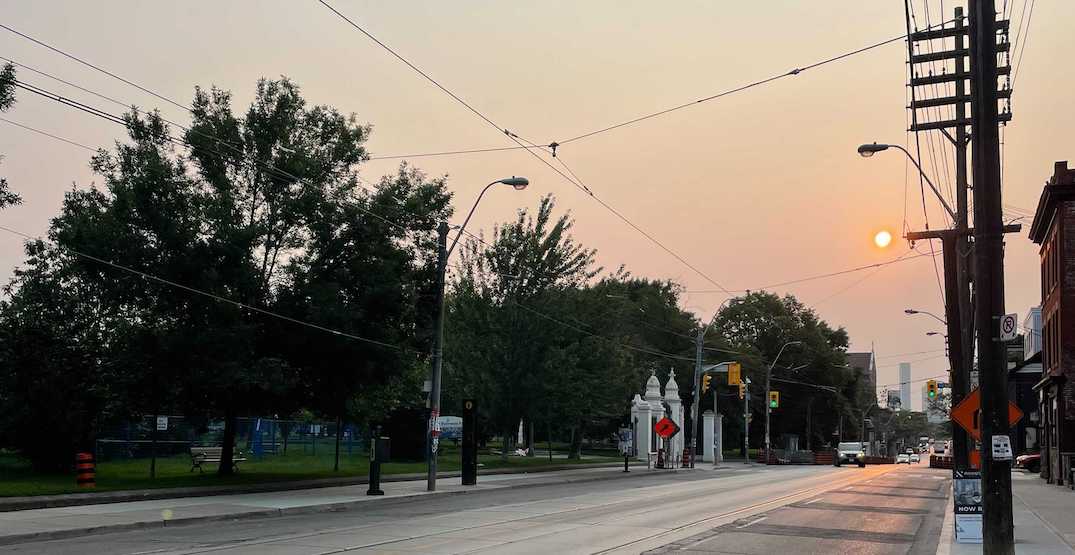 Toronto woke up to a bright glowing red sunrise on Monday morning that broke through the city’s hazy skies.

Anyone who managed to wake up early this morning may have caught the beautiful scene light up the sky.

Although skies were clear, a thick haze took over most of Ontario due to wildfire smoke from parts of eastern Manitoba and northwestern Ontario, according to The Weather Network.

“More than 100 fires are raging across the northwestern part of the province, the smoke from which will follow prevailing winds toward southern Ontario.”

Its glow managed to peep through for a breathtaking morning shot.

Many residents managed to capture the moment and shared it on their social media:

Toronto with a radiant sun this morning. pic.twitter.com/cUguRHlOGc

Finally got out to shoot a picture while on vacation to see the sun rising through a thick haze above the CN Tower, Monday morning in Toronto, Canada #toronto #sunrise @TourCNTower #torontoskyline #Canada #torontoontario pic.twitter.com/UUnntXQa4m