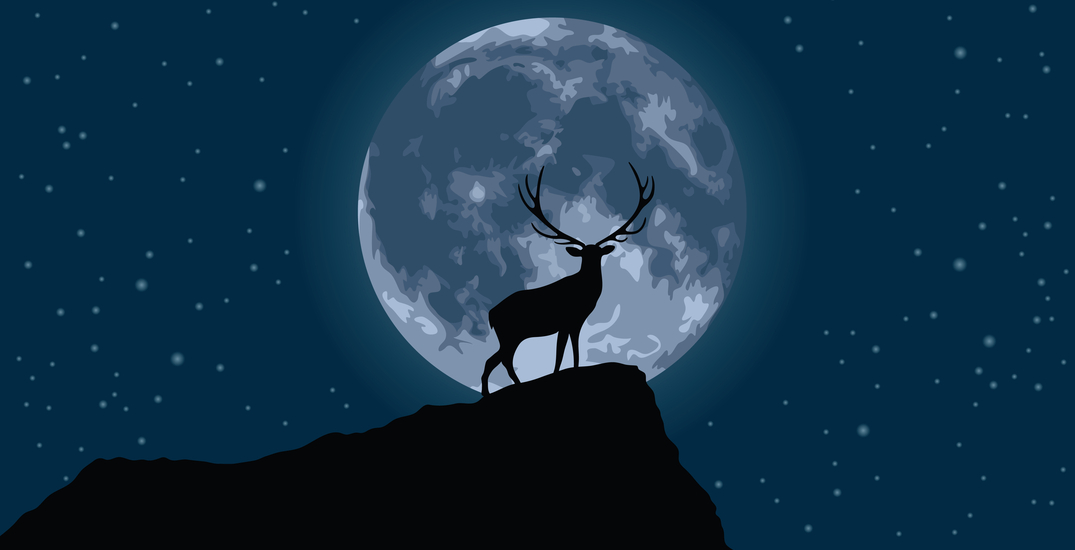 A very deer spectacle is coming to Canadian skies tonight.

According to the Old Farmer’s Almanac, a full Buck Moon will rise after sunset on July 23, reaching peak illumination at 10:37 pm EDT.

The Almanac advises looking towards the southeast on Friday night to watch the moon float above the horizon.

July’s full moon is known as the Buck Moon because its rising coincides with the growth of male deer’s antlers.

“Bucks shed and regrow their antlers each year, producing a larger and more impressive set as the years go by,” the Old Farmer’s Almanac writes.

The Buck Moon is also known by several other fauna-focused names, including the Feather Moulting Moon and the Salmon Moon.

It’s also known as the Thunder Moon—a reference to the abundant storms seen at this time of year—and the Halfway Summer Moon, a nod to its mid-season rising.

July is itself an “important month in moon history,” the Almanac notes. On July 19, 1969, Apollo 11 left earth, bound for our celestial satellite.

In lieu of setting foot on the moon yourself, check out the Old Farmer’s Almanac to see when tonight’s Full Buck Moon will be visible in your area. Happy moongazing!