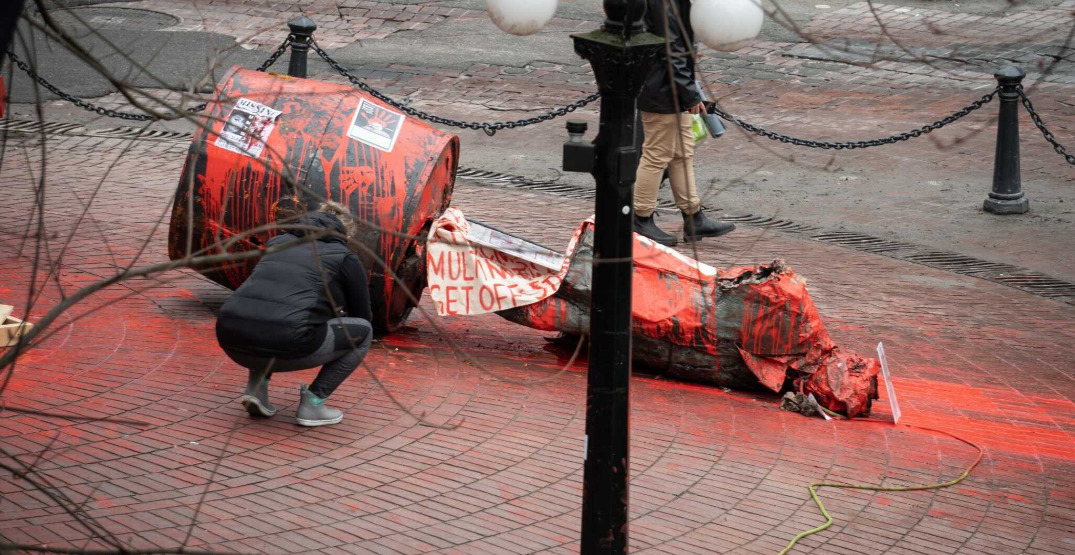 While we may not know exactly what the future holds for the controversial statue in Vancouver’s historic Gastown, we do know about the history of John Deighton, also known as Gassy Jack.

The statue of Deighton, which once stood proudly in Gastown’s Maple Tree Square, was taken down in dramatic fashion on February 14 and then subsequently defaced with red paint.

Who was Gassy Jack?

Some have referred to him as Vancouver’s founder.

Gastown was Vancouver’s first real downtown core and Deighton was one of the reasons that part of the city thrived in the late 1800s.

Deighton — originally from England — opened the very first saloon in the area in 1876. Prior to setting up shop in historic Vancouver, Deighton was a seaman and the captain of a steamboat.

According to Gastown.org, the now-thriving Vancouver neighbourhood is actually named after Gassy Jack.

In 2020, the Squamish Nation released a statement about Gassy Jack:

“John Deighton, also known as Gassy Jack, immigrated to Squamish Nation territory from England. Around the late 1860s, Gassy Jack married a Squamish woman. She then died around 1870. After her death, he married her niece, a 12-year-old Squamish young woman who was known as Madeline, or X̱áliya. In 1871, they had a son together named Richard Mason Deighton. Gassy Jack and Richard reportedly later died in 1875. After Gassy Jack’s death, Madeline (X̱áliya) remarried a Squamish man known as Big William. They have descendants in the Squamish Nation today. Madeline died August 10, 1948, aged 90 in North Vancouver.”

In an archival document by Major J.S. Matthews, which was originally published in 1945 and is now publicly available through the City of Vancouver, the deeper history of Vancouver and Deighton is revealed.

Matthews visited the home of X̱áliya (Qua-hail-yah), or Mrs. Madeline Williams, the wife of Deighton, in 1940.

“Are you Madeline? Are you X̱áliya?” Matthews asked.

She responded yes. Matthews then sat down with X̱áliya and had a conversation. 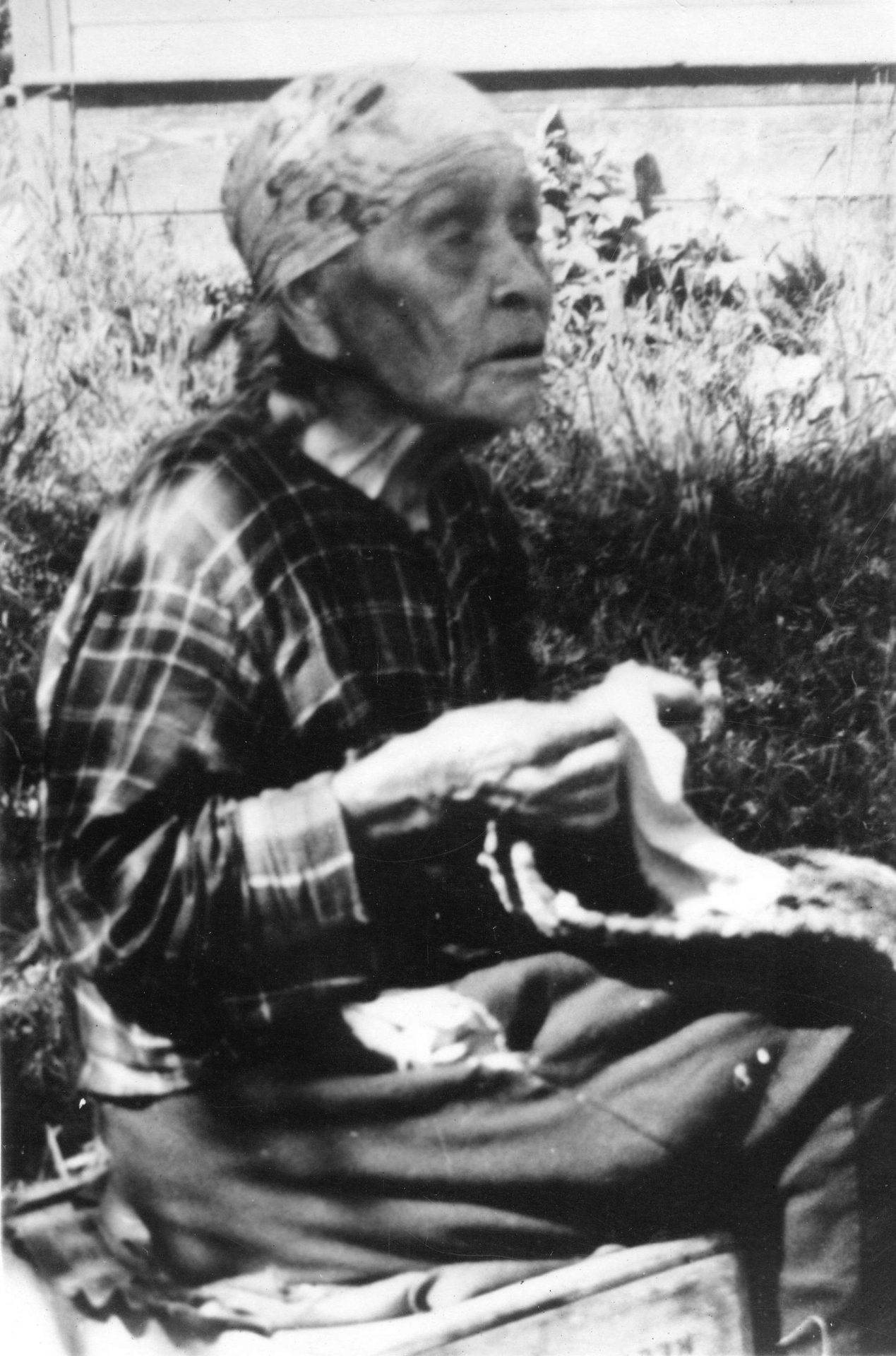 X̱áliya wasn’t able to converse in English at the time, so Matthews spoke through those around her who interpreted for him.

In the recorded interview, X̱áliya talks about her memory of Deighton.

A petition was also launched in 2020 calling for the removal of the statue due to Deighton’s relationship with the 12-year-old X̱áliya.

In 2022, the concept of a man in his 40s dating — let alone marrying and impregnating — a 12-year-old girl is unfathomable.

The unfortunate reality of it is that at one point in history, it wasn’t unfathomable at all, particularly when it came to the Indigenous population, and specifically Indigenous women.

Deighton was a product of his time, but he certainly wasn’t alone.

The other reality is that while the statue of Gassy Jack may have been toppled in extreme fashion, there was never a statue for X̱áliya.

Vancouver Mayor Kennedy Stewart suggested that he had been in consultation with the Squamish Nation about what to do with the statue of Gassy Jack for the sake of reconciliation.

That conversation took a backseat to the demonstrators that brought Gassy Jack down, but perhaps a conversation could be had about honouring the legacy of X̱áliya with a statue, and maybe that could also mean that Deighton’s legacy won’t be forgotten either.