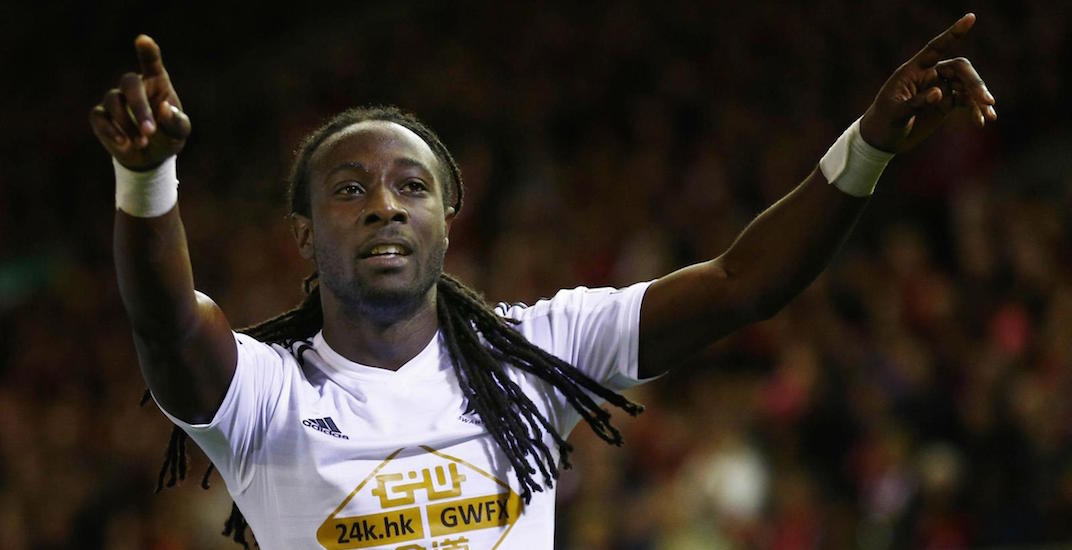 It looks like the Vancouver Whitecaps are spending some of that Alphonso Davies money.

Not even close to all of it, of course, but the Whitecaps did add to their attack on Thursday with the signing of Dutch striker/winger Marvin Emnes. Emnes agreed to an MLS contract for the remainder of 2018, with club options through 2020.

Emnes, 30, has over 12 years of professional experience playing in top Dutch, English, and Turkish leagues. He joins Vancouver from Akhisar Belediyespor in Turkey, where he made seven appearances.

Prior to the move to Turkey, Emnes spent time with Blackburn Rovers, Swansea City, and Middlesborough in England, as well as Sparta Rotterdam in the Netherlands. He has 50 goals in 301 career club appearances.

Emnes has appeared in 43 matches in the Premier League during his career, with Swansea and Middlesbrough, registering one goal.

“Marvin is a quick attacking player who’s comfortable on either wing and as striker,” said Whitecaps head coach Carl Robinson. “He’s dangerous one-v-one and his experience will be valuable in our locker room. He will be another option to our attack as we push for a playoff spot.”

Emnes is not blessed with great size, listed at 5-foot-9 and 150 pounds, but he’s speedy.

“It means a lot to me to get the chance to play in MLS, and to experience that with a club like Vancouver Whitecaps FC after my years in Europe,” said Emnes. “I’d like to thank the coach for giving me this opportunity and I look forward to working with the players and staff, as well as playing in front of the fans. Let’s get to work and push for the playoffs.”

The Whitecaps currently trail Seattle and Portland by one point for the final playoff spot in the Western Conference, with seven games left to play.