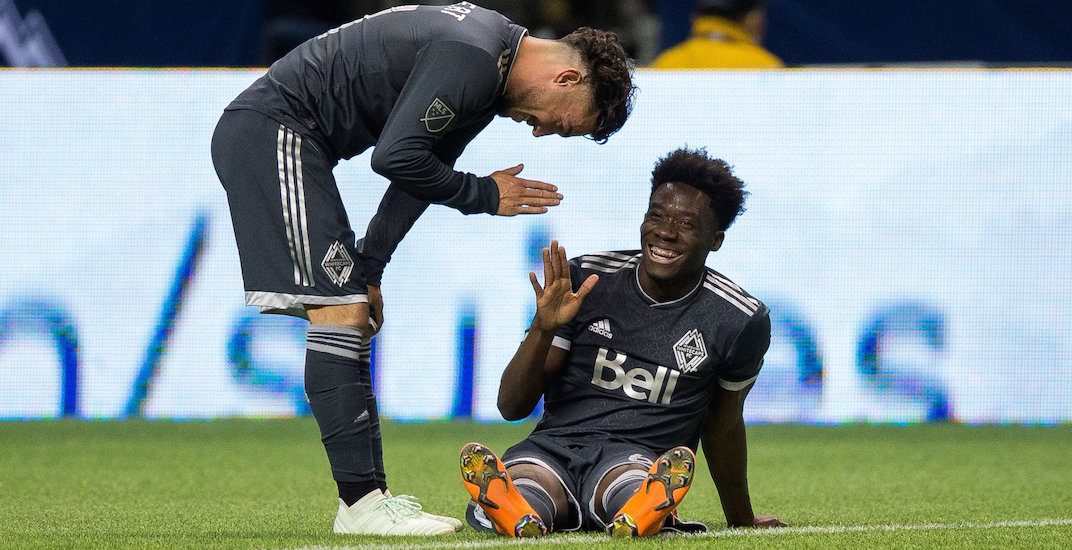 The Whitecaps are on the outside looking in.

Currently sitting in eighth place in the Western Conference, Vancouver is just one point away from the sixth and final playoff spot.

That doesn’t seem like a particularly tall mountain to climb at first glance, but a deeper look into the Whitecaps’ situation reveals obstacles that the team will need to overcome. 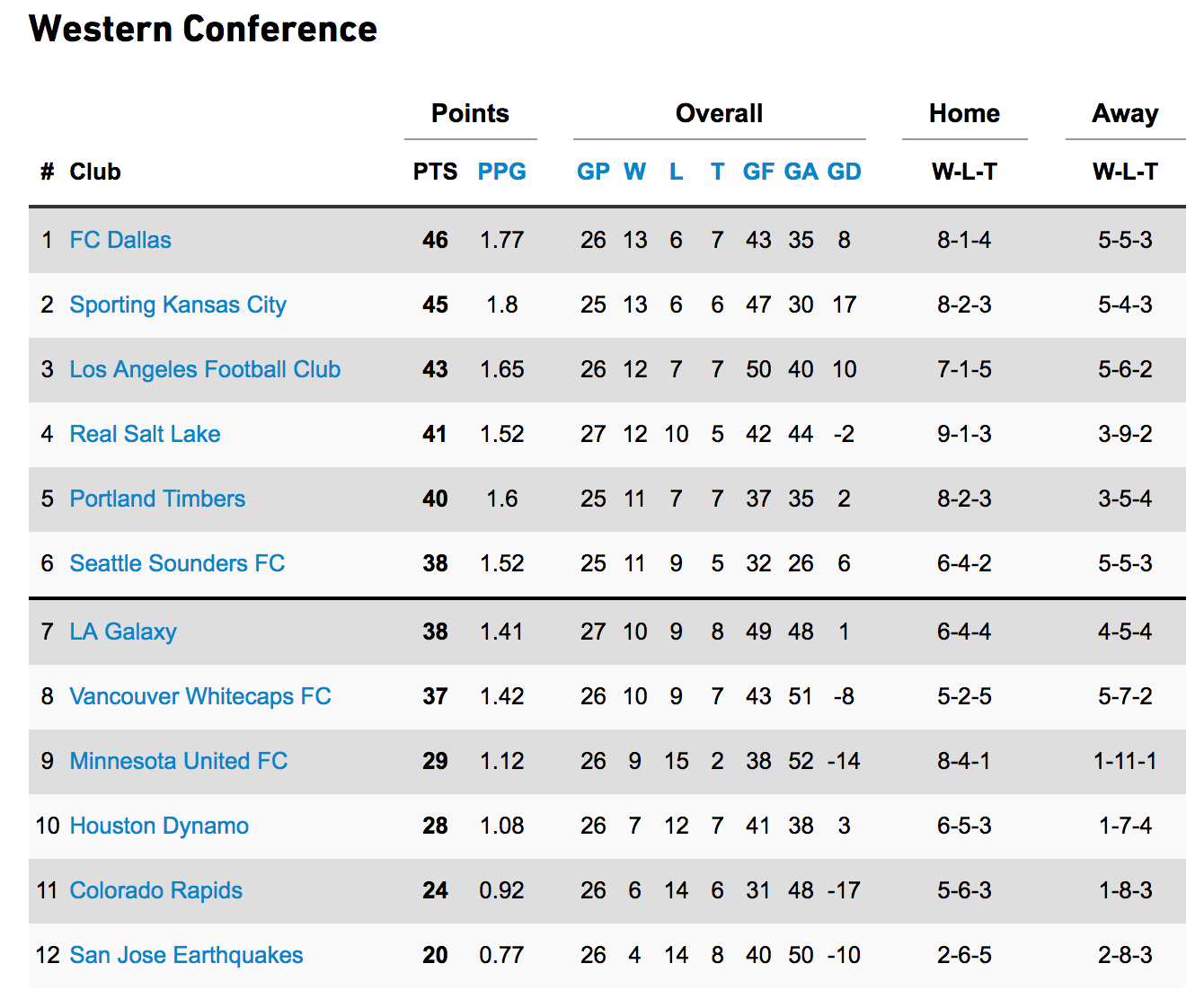 For starters, the Whitecaps only have eight games left – two fewer than the Portland Timbers and one less than the Seattle Sounders. Moreover, they’ve got stiff competition in their remaining games:

After this coming Saturday’s game against the bottom-feeding San Jose Earthquakes, Vancouver plays teams currently sitting in playoff positions for five of seven games. The outliers are Toronto FC and the LA Galaxy, the top two teams in MLS in terms of payroll, and not to be taken lightly.

It’s a good thing they were able to put together a come-from-behind win in San Jose last week, or else things would be even more dire.

Given the difficulty of their upcoming schedule, Saturday’s return match against the lowly Earthquakes should be treated as a must-win. It’s part of a critical three-game home stretch which also sees the Caps host Dallas, and a fellow playoff bubble team Seattle.

The Whitecaps have momentum on their side as they’re unbeaten in their last six MLS games, though last weekend’s match featured the type of start that’s likely insurmountable against better competition.

“Going two goals behind, if that’s against a so-called better team… we’re probably not going to be so lucky,” said manager Carl Robinson.

“We have to make sure we tidy up defensively, and when we make mistakes, it doesn’t cost us goals, which it has done too many times this season.”

One factor working in the Whitecaps’ favour is that they largely control their own destiny. They’ll have opportunities to take points from the Galaxy, Timbers, and Sounders in their remaining games – all three clubs also vying for the final two playoff positions.

If they win, they’re going to be in.

The Whitecaps have qualified for the playoffs in four of seven years since entering MLS in 2011, including three of the last four seasons.

“We need this, we need everybody to come and support us,” midfielder Russel Teibert told reporters following Tuesday’s practice. “We need all the fan support and we need to put a good performance on the field to put up a result there because we know how big those three points are.”

No doubt it’ll make for a thrilling regular season finish as Vancouver sets its sights on making the postseason for its fourth consecutive year.