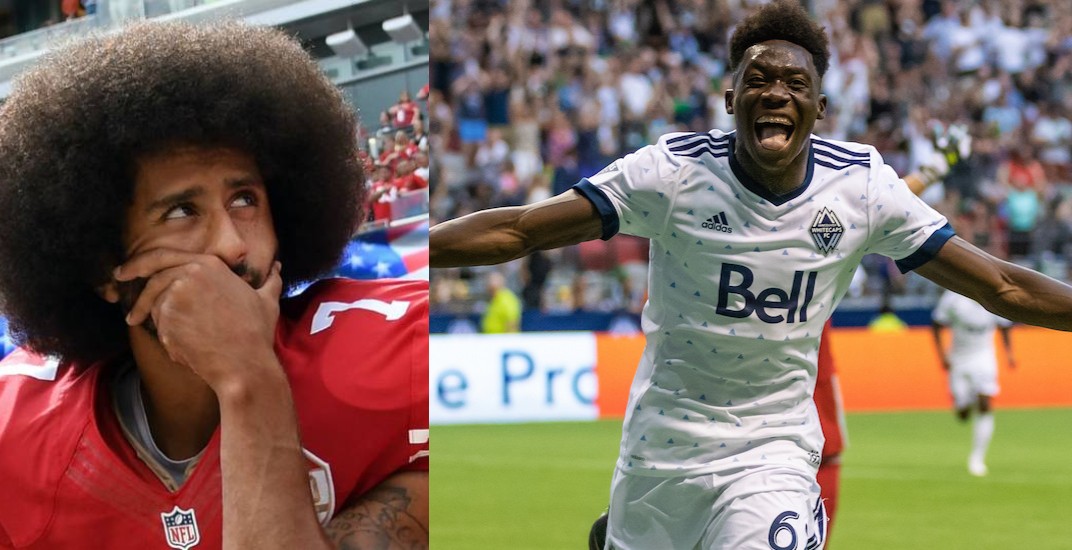 “Believe in something. Even if it means sacrificing everything.”

Those are the words of Colin Kaepernick, the face of Nike’s new advertisement tied to the 30th anniversary of the Just do it campaign.

Believe in something, even if it means sacrificing everything. #JustDoIt pic.twitter.com/SRWkMIDdaO

The move was celebrated by progressives and vilified by conservatives (including President Donald Trump) in the United States. Some people even burned their sneakers to protest, so rightly or wrongly (wrongly is the correct answer), it was a controversial move.

Kaepernick, of course, is the man who began kneeling for the American national anthem before NFL games to protest racially based police violence in the United States. That was two years ago, while still a member of the San Francisco 49ers.

The 30-year-old quarterback hasn’t been offered a contract by an NFL team since. Still clearly good enough to play as a backup at least, Kaepernick is currently suing the NFL for collusion.

Nike has been applauded by many for taking a stand, as their stock took a hit following the news. The athletic wear company surely did their market research, though the move might not be so popular with the NFL, of whom they’re a partner.

But while Kaepernick got the headlines, the ad features other athletes. Among them is Vancouver Whitecaps FC star, Alphonso Davies.

Featured in the middle of the two-minute ad, right before LeBron James, Kaepernick narrates Davies’ story.

“If you’re born a refugee, don’t let it stop you from playing soccer for the national team – at age 16,” Kaepernick says, as highlights of Davies scoring for Canada plays in the background.

Check out the full video here (Davies is featured at 1:01):

Davies was born in a refugee camp in Ghana to Liberian parents who fled the civil war. He moved to Edmonton with his family at age five, and began playing professional soccer for the Whitecaps at age 15. He became a Canadian citizen one year ago, and debuted for the Canadian national team shortly after.

Debuting for the men’s national team at 16, Davies is the youngest to play and score for Canada.