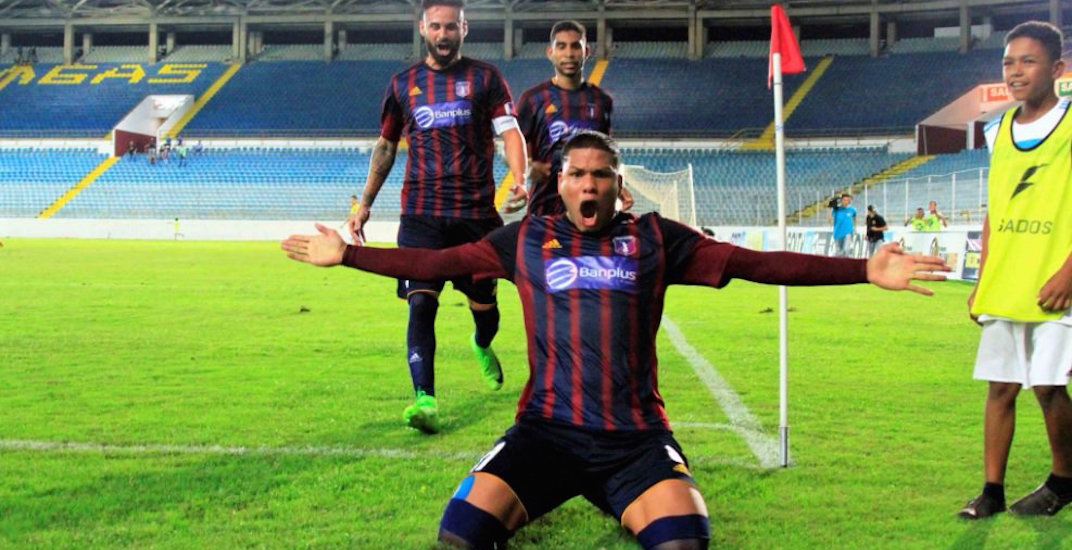 It’s the MLS offseason for the Vancouver Whitecaps, and it appears once again they’re mining for talent in South America.

According to Jaime Ricardo Gomez, a reporter for DirectTV Sports in Venezuela, the Whitecaps are closing in on Venezuelan striker Anthony Blondell for a $1.3 million transfer fee.

Translated from Spanish (I don’t speak the language, so thanks goes to Google), the tweet reads:

“Sources close place Blondell in Vancouver for the next MLS season. $1.3M would be the amount of the operation. It follows the exodus of our figures without measuring the destinations.”

The 23-year-old scored 19 goals in 29 games with Monagas SC in the Venezuelan first division this year. Prior to that the 6-foot forward from Sucre, Venezuela scored five goals in 32 games spread over four seasons with Zamora FC of the same league.

Gomez heaped praise on Blondell in a later tweet, saying that the youngster is one of the best strikers in South America.

I don´t agree what you say about venezuelan players in MLS but you can bet Blondell is one of the best strikers in South America right now. Is a complete forward. Technique, ball handler, agresive, fast and strong. Made National Team . If you get to sign him will never regret

There’s certainly a glass half full / half empty feel to the Whitecaps after last season. On one hand, they nearly finished first in the Western Conference during the regular season. On the other hand, they finished just six points above the playoff bar.

Vancouver didn’t hold possession much in many of their games, which caught up to them in the playoffs when they were shut out in consecutive matches against Seattle.

So it could be a busy offseason for head coach Carl Robinson, as he attempts to bolster his squad.

The team’s leading goal scorer, striker Fredy Montero, is no guarantee to return. The Columbian striker gave Vancouver some stability at his position, scoring 13 goals, but he was on a one-year loan from Chinese Super League club Tianjin TEDA FC.

As expected, the club did not exercise the option for goalkeeper David Ousted, who will not return next season. Other players who did not have their options exercised include: Christian Bolanos, Matias Laba, David Edgar, Sheanon Williams, Nosa Igiebor,Russell Teibert, Ben McKendry, Mauro Rosales, Cole Seiler, Marco Bustos, and Kyle Greig.

Not all of the above players, as well as unsigned defender Jordan Harvey and midfielder Andrew Jacobson, will necessarily depart the team.

“We are still in talks with both free agents in Jordan and AJ, as well as Christian (Bolanos), Marco, David (Edgar), Fredy, Matías, Nosa, and Russell,” Robinson explained. “We are also thankful to all the players who are moving on. Every single one of these players gave their all to this club during their time here and we wish them all the best.”

Here’s a look at the 18 players currently under contract for next season:

“We have a solid core group of players, which I’m excited to have returning,” Robinson said. “Obviously we are looking to strengthen and add extra pieces, whether that’s with players we are renegotiating with, as well as players from outside of our club. It’s important we put a bit of freshness into the group, as well as keeping the core, and I think we have a good balance as we move forward to 2018.”

Perhaps it starts in Venezuela.