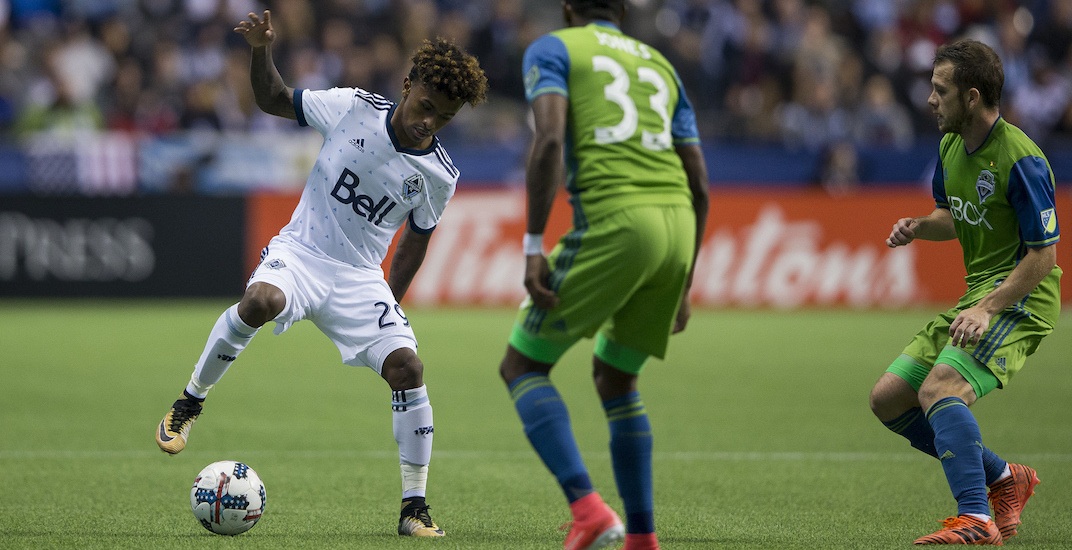 Could the Vancouver Whitecaps play arguably their biggest game ever without two of their best players?

Fans will hope it’s merely playoff posturing by Carl Robinson, but that’s what the Whitecaps’ head coach suggested at training on Monday.

Robbo on the availability of Reyna and Techera for Thursday: "If I had to hazard a guess at the moment, I would say they probably won’t play because they’re not fit." #VWFC

Not many players are more important to the success of the Whitecaps than Yordy Reyna and Cristian Techera. Both players reportedly picked up knocks during last Wednesday’s first-ever playoff win against San Jose, and they didn’t start in Sunday’s 0-0 draw against Seattle.

But is this gamesmanship? While Reyna and Techera are important offensive weapons, the Whitecaps seemed content with a scoreless draw in the first leg of the series. Reyna came on during the 62nd minute, while Techera didn’t see the pitch until the minute 76.

The Whitecaps have had a brutal schedule at an inopportune time. They’ve played three matches in eight days. Two of them were playoff games, with the regular season finale offering a chance to clinch first place.

Now they’ve got just three days off before traveling to Seattle for the second leg.

A win or a draw (provided they score a goal) would advance the Whitecaps to the MLS Western Conference final for the first time in franchise history.

Were Reyna and Techera really too injured to play a full 90 minutes? Or is this all just wishful thinking?

They both trained today, but Techera was more involved. Yordy doing stuff off to the side. #FineLines #WhitecapsFC https://t.co/0jtPNac1s6

While the Whitecaps don’t necessarily have to win on Thursday to advance, it doesn’t get much more difficult than a playoff match in Seattle.

The Sounders are the defending MLS Cup champions. They lost just once on home field this season, going 11-1-5 in 16 matches at CenturyLink Field, while giving up just 12 goals.

To make matters worse, Seattle will get their leading goal scorer Clint Dempsey back after a one-game suspension.

What in the world is this USA Today photo of Aly Ghazal headlocking Ozzie Alonso and Nicolás Lodeiro at the same time… #VANvSEA pic.twitter.com/znD5l0UUIh

And captain Kendall Waston? Well, his eye is swollen shut.

The Whitecaps – the underdog in this battle of rivals – have a lot to prove. They’ve never advanced beyond this point, and they’d love to make history.

For their sake, hopefully it’s with their best possible lineup.