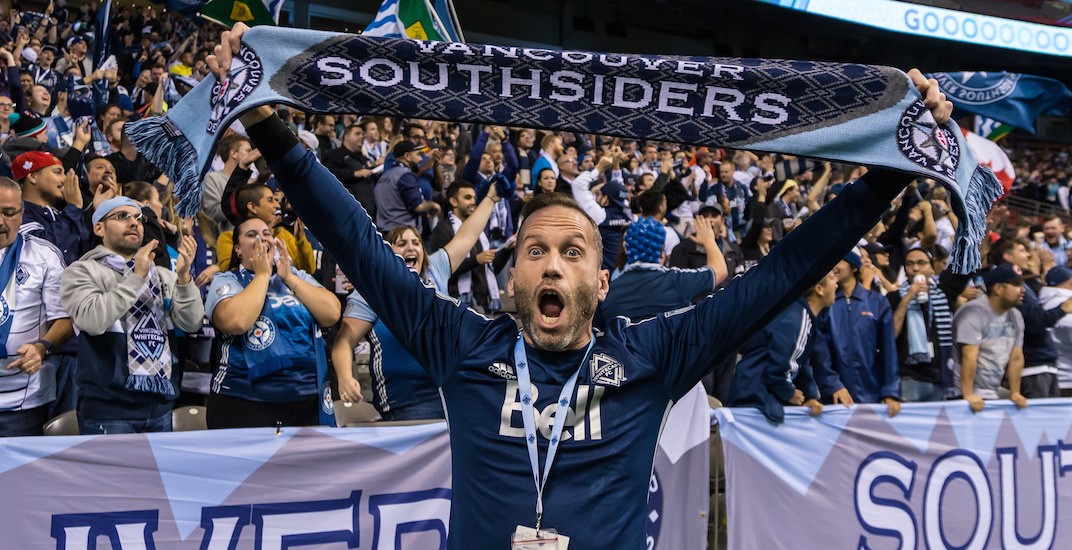 Vancouver Whitecaps FC has announced that it will open up the entire lower bowl at BC Place for Sunday’s Western Conference semi-final playoff match.

It promises to be an electric atmosphere.

The Whitecaps typically have a capacity of 22,120 for home games, strategically tarping off sections of the lower bowl to reduce ticket supply and improve the in-match atmosphere.

It’s the first time the lower bowl, which has a capacity of 27,837, has been opened up entirely for the Whitecaps since a 2015 playoff match against Portland.

It’s no surprise there’s a high demand for this match.

The Whitecaps exploded for five goals in Wednesday’s knockout round match against San Jose, giving the franchise its first-ever MLS playoff win.

Vancouver’s opponents from Seattle are longtime rivals and the defending MLS Cup champions. This will be the 134th all-time meeting across a multitude of leagues between the Whitecaps and Sounders, but the first time they’ve ever met in the MLS playoffs.

There is also expected to be a large contingent of traveling supporters from Seattle making the trip north for the match.

“The demand for this match since our victory on Wednesday has been tremendous,” said Whitecaps FC president Bob Lenarduzzi. “Our team has fought all season long for this opportunity, and we know that this is going to be one heck of a battle with Seattle. We’re looking forward to an unbelievable atmosphere in the stadium on Sunday.”

The Whitecaps and Sounders played each other three times this season, with the Whitecaps winning 2-1 and drawing 1-1 at BC Place. Seattle got their revenge on their home turf, winning 3-0 at CenturyLink.

Sunday’s match at BC Place is a 5:30 pm start time (the game will be on TSN and tickets are available on Ticketmaster). The second leg of the series takes place Thursday at 7:30 pm at CenturyLink Field in Seattle. The series will be decided on aggregate (total goals between the two games), with the winner taking on either Portland or Houston in the Western Conference Final.