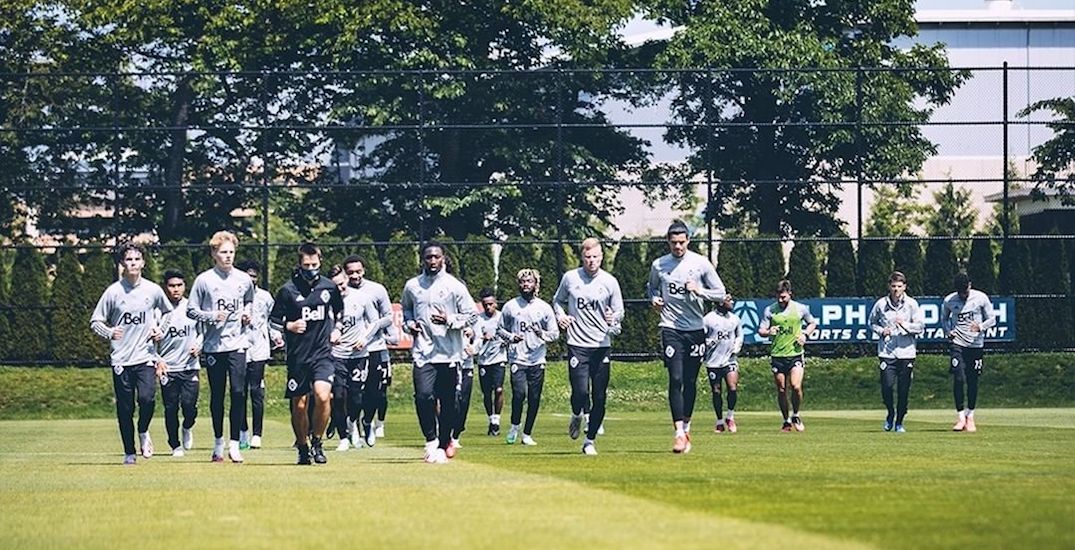 The Vancouver Whitecaps have finally arrived in Orlando in preparation for the MLS is Back Tournament, but without five of their players.

Lucas Cavallini, Fredy Montero, Andy Rose, Tosaint Ricketts, and Georges Mukumbilwa and will not be participating in the tournament due to varying reasons related to COVID-19.

Three players chose not to participate, which is their right, while two others are not permitted to play. The reason for each one is directly or indirectly related to coronavirus concerns.

Cavallini, the Whitecaps’ star player who was acquired in December on a club-record transfer fee, is staying home following the death of two members of his family from the coronavirus.

“This was an extremely difficult decision for me,” said Cavallini. “I would love to be out on the field with my teammates fighting with everything I have to play for this club and community in Orlando. Unfortunately COVID-19 has had a very big impact, taking away two beloved members of my family. I feel that it is best that I remain home to support my loved ones at this challenging time.”

“It was not an easy decision,” said Montero. “My family and I have had a complicated few months not only with being isolated in Canada without family or friends but also with unforeseen health emergencies. I am deeply disappointed that I won’t be able to help my teammates and I am really sorry about it.”

“Lucas and Fredy have valid, personal and unique reasons for not being available for the MLS is Back Tournament,” said Whitecaps CEO and Sporting Director Axel Schuster. “We have connected as a group and they have our complete support. No question, it will be challenging to not have our full roster available during the tournament but the guys are prepared and ready.”

Rose, a midfielder in his second season with the Whitecaps, is choosing to stay behind to be home for the birth of his child. His wife is due to give birth on July 17.

“The sacrifice of potentially missing my daughter’s birth and the risk of infection travelling home meant it didn’t make sense to go,” said Rose.

As for Ricketts and Mukumbilwa, their ability to play in the tournament was out of their control. Ricketts says he was pulled from the tournament due to a pre-existing condition. Meanwhile Mukumbilwa, who is a Canadian permanent resident, is not cleared to travel outside of Canada.

“Tos pushed hard to go. He will continue to train in Vancouver and if all goes well he will be ready for when the team returns,” added Schuster. “Andy also made every effort to go but when the first match was moved to a later date it made sense for him to stay with his family in Vancouver.”

The arrival of MLS players to the Disney World bubble has been a mess so far, to say the least. A number of players have tested positive after arriving in Orlando, including at least 10 players on FC Dallas, the team the Whitecaps were supposed to play on Thursday.

That game was postponed and will now be cancelled outright, as Dallas has now left the tournament entirely.

Florida doubled its total recorded cases of the coronavirus in less than two weeks, officially surpassing 200,000 cases this weekend. But the location of the tournament isn’t the only problem, as players have been contracting the virus all over the United States.

Major League Soccer announced the postponement of two matches today, including one involving Nashville SC, because five of its players tested positive for COVID-19. Toronto FC’s match against DC United has been moved from July 10 to July 12, because Toronto delayed its arrival to Orlando.

The tournament will go on though, beginning tomorrow in a match between Orlando City SC and Inter Miami CF. The Whitecaps are scheduled to play their first match against the San Jose Earthquakes next week, on Wednesday, July 15, at 7:30 pm PT.

All matches will be played without fans in attendance, at the ESPN Wide World of Sports Complex in Disney World, broadcasted live on TSN in Canada.