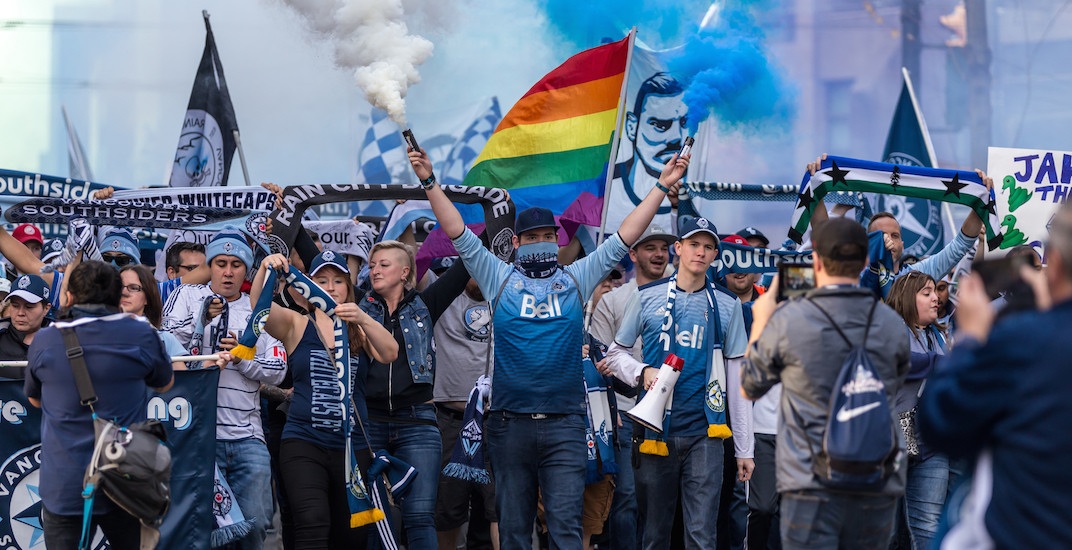 Those loud, marching, singing, and chanting Whitecaps FC fans you see parading through the streets of Downtown Vancouver every home match are getting a new route.

The Southsiders, Vancouver Whitecaps FC’s largest supporters group, has been marching to the match from Doolin’s Pub at Nelson and Granville ever since the MLS club began playing at BC Place in 2011.

For seven years, they have marched north up Granville Street, and then east along Robson the rest of the way (aka “Whitecaps Way”) down to Terry Fox Plaza at BC Place.

If you ever spend time in the area before a match, they’re impossible to miss.

But that’s about to change.

The ‘March to the Match’ is moving, as the Southsiders have found a new watering hole.

Home base will be at the Blarney Stone in Gastown, with the march beginning at (appropriately named) Victory Square. It’s the first time the supporters group will be permitted to gather altogether in the MLS era, as the Blarney Stone is an all-ages venue until 7 pm.

If you live on Hamilton Street, beware, because it’s about to get a lot more noisy (and fun) on game days.

For more details, check out our Facebook page: https://t.co/OHatePPun1 pic.twitter.com/iHlERuBnj7

The march will begin at Victory Square, heading west on Hamilton Street until Robson. The rest of the route will be the same as before, south on Robson to Terry Fox Plaza.

Sunday’s march will begin at 1:45 pm for the season opener, and leading the charge will be Whitecaps legend Carl Valentine.