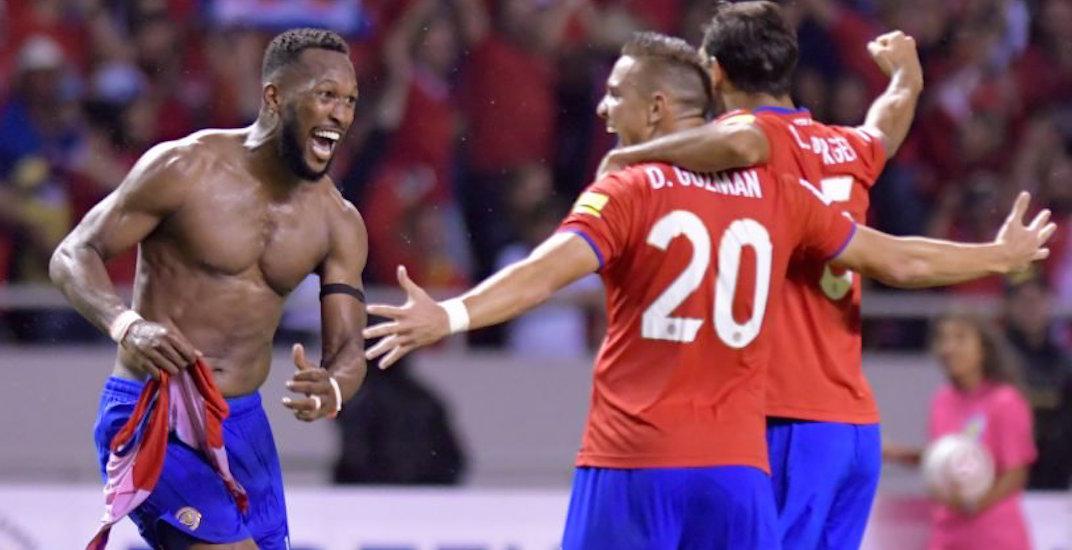 The largest magazine in America has put Vancouver Whitecaps captain Kendall Waston in the same category as Cristiano Ronaldo.

Not in terms of their play on the pitch, but because of their sex appeal.

Waston was one of seven players featured in the July 16 edition of People, accompanied with the headline “Sexiest soccer stars alive! All eyes are on these guys playing in the World Cup.”

The magazine didn’t offer any explanation for their decisions, though his goal celebration in Costa Rica’s final group stage match probably helped.

The 6-foot-5 centre back leaped into the air, heading the ball into the back of the net in Costa Rica’s match against Switzerland.

Scoring in his World Cup debut, it was his country’s first goal at the 2018 tournament, and helped Costa Rica to their only positive result in Russia. Waston looked like he wanted to tear his shirt off after scoring, like he did in qualifying, when his late goal clinched a spot in the World Cup.

It looks like he kept it on enough to avoid a yellow card, but removed it enough to get the attention of People.

Here’s what Waston thought of the feature…

Safe to say his wife, Prescila Robles, agreed with it…

And fans? Well, there were some great reactions: