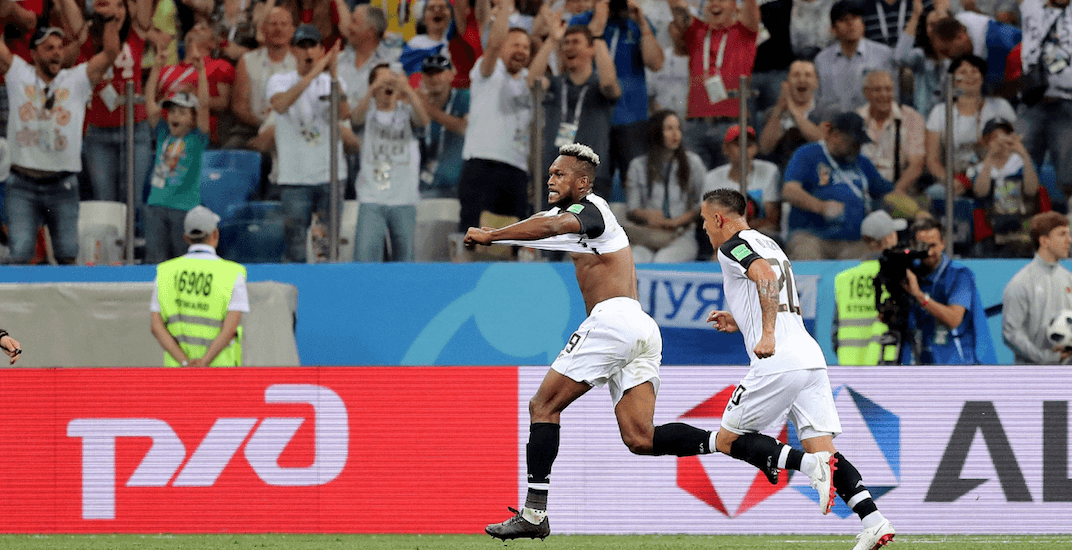 Kendall Waston didn’t have to score a goal at the FIFA World Cup to make Vancouver Whitecaps fans proud of him.

On Wednesday, he earned the start for his country, becoming the first-ever active Whitecaps FC player to appear in a World Cup match.

As if that wasn’t enough, the fifth-year Whitecaps centre back capped off his World Cup experience with a goal – a pivotal one that tied Costa Rica’s final match against Switzerland.

“Everything comes to the one who knows how to wait,” Waston tweeted in Spanish following the match, giving us an idea of what the goal meant to him. “Infinite thanks to God for the opportunity to play in a World Cup and debut with goal, a goal that I shouted with soul, life and heart, thanks to my family who has always been with me; my wife, my son and all those who never doubted.”

If you’d like to know more about the pride of Limón, Costa Rica, I suggest you check out the three-part series the Whitecaps did on Waston, chronicling his journey to the World Cup.

The Whitecaps sent a camera crew down to Costa Rica, talking to his family and the people that know him best.