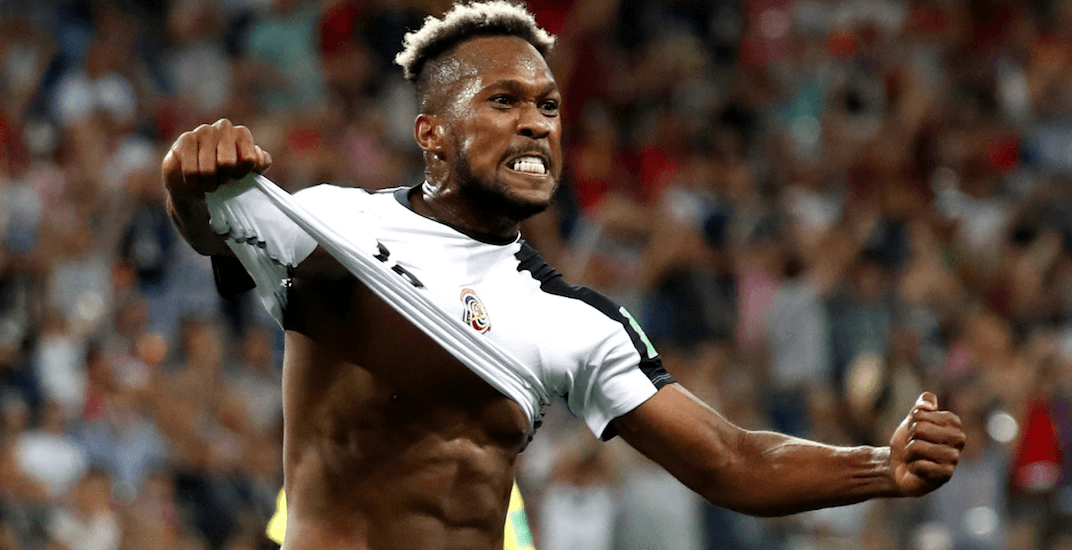 Maybe they should have played him more?

After two losses in which they failed to score a single goal, Costa Rica decided to switch things up for their final match of the FIFA World Cup on Wednesday.

Enter Vancouver Whitecaps captain Kendall Waston, who was given the start.

It was a dream come true for Waston, who not only made his World Cup debut, but scored a pivotal goal. The 6-foot-5 centre back headed home a corner kick in the 56th minute, tying the match 1-1 against Switzerland.

Waston is the first active Whitecaps FC player to ever appear in a World Cup match. Obviously, he’s also the first to score a goal too.

His wife, Priscila Robles, was shown living it up from the stands on the broadcast.

It looked like Waston’s effort would come in a losing cause after Switzerland took the lead in the 88th minute. But Costa Rica would not be denied, getting a goal off a penalty in stoppage time, securing a 2-2 draw.

Waston played an active role in the match, receiving a yellow card for arguing with the referee in stoppage time. He also came close to scoring a goal in the first half.

The ‘Towering Tico’ completed 34 of 37 passes for the best passing accuracy on his team, was tied for a game-high three interceptions, and had the second-most clearances with six.

Waston is just the seventh MLS player to score at a FIFA World Cup – the third non-American. In total, 23 other Whitecaps FC alumni have played at the World Cup either before or after their time in Vancouver.

This isn’t the first time Waston has scored a big goal for his country. He was already a national hero back home after scoring a late winning goal against Honduras in qualifying in October, which booked Costa Rica’s ticket to the World Cup.