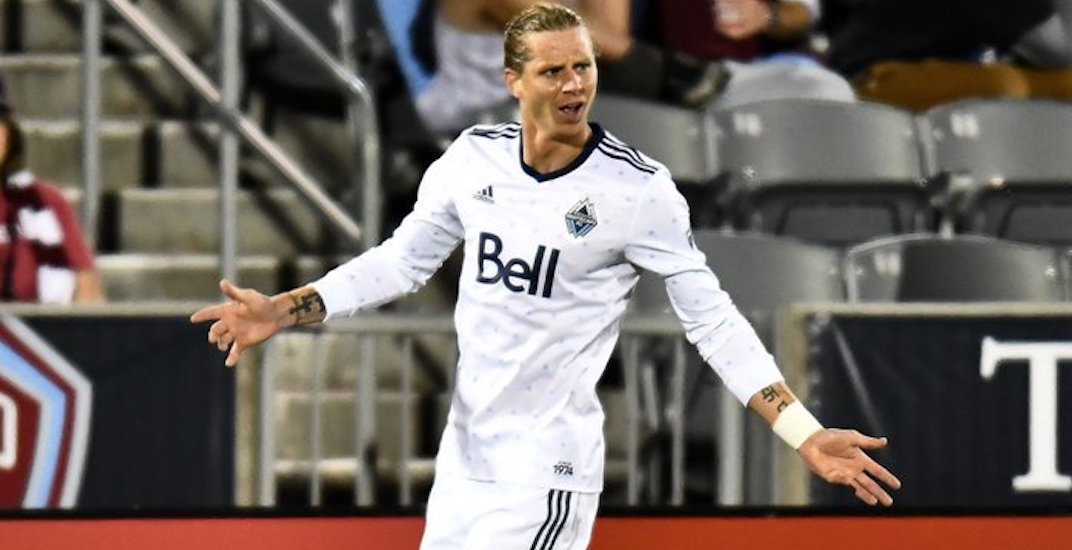 That’s to be expected with a new manager taking over an underperforming team, especially one with a self-admitted culture problem.

The Whitecaps announced a number of moves on Monday, revealing a long list of players who won’t be back next season. They’re the first moves of the offseason, but certainly not the last.

The club will not be exercising the options on nine players. Among the notable names leaving town are starting goalkeeper Stefan Marinovic, centre back Jose Aja, defensive midfielder Aly Ghazal, and high-priced midfielder Brek Shea.

Here’s the full list of players whose options were not exercised:

Moving on from Shea was a no-brainer. The lanky American has been a huge disappointment in Vancouver, unable to consistently get into the starting lineup despite carrying the second-highest salary ($745,000) on the team.

Marinovic was a contributing factor to the Whitecaps’ inability to keep the ball out of their net last season, so the team will instead search for a new starting goalkeeper.

“This is the first of many offseason moves for the club as we build our roster for the coming season,” said Dos Santos. “Every decision we made today and will make in the future is based on our model of play, which defines the type of team we want to be. We’ve had to make a number of tough decisions, and we’re thankful to each of the players moving on for their contributions to the club.

“We’re excited about the roster flexibility we have as the process of identifying new targets is well underway.”

In addition to those seven players, the Whitecaps have 10 other players who were already under contract for 2019:

The list includes captain Kendall Waston, who has publicly expressed his desire to leave town. The Whitecaps will surely try to move him this winter.

Vancouver has four players who are out of contract – notably longtime Whitecaps midfielder Cristian Techera and leading goal-scorer Kei Kamara:

The following 17 Whitecaps FC players are currently under contract for the 2019 season:

With lots of holes to fill on their roster, the Whitecaps will be busy.