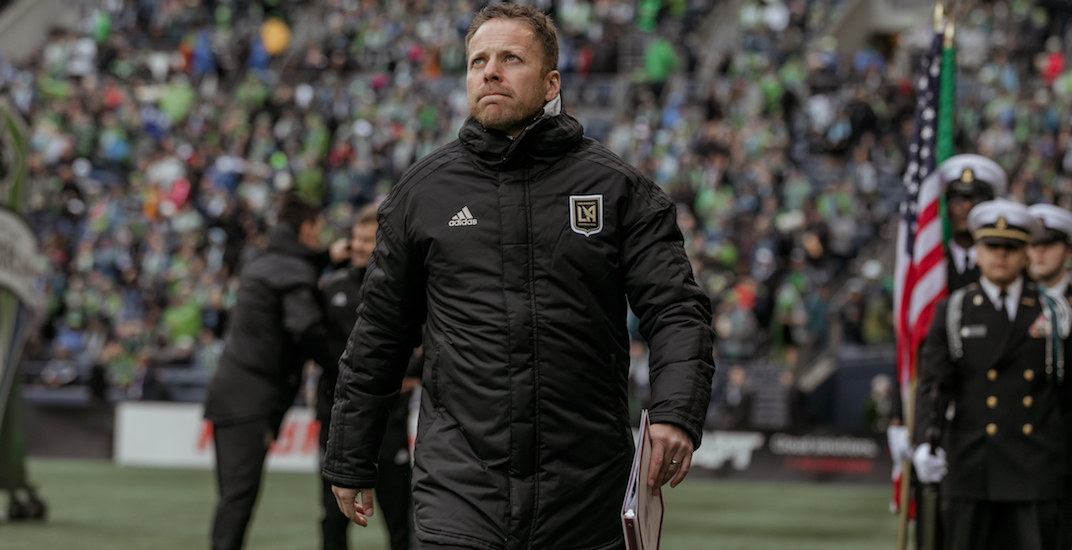 It was the worst-kept secret in MLS.

The Vancouver Whitecaps have a new head coach, announcing they have agreed to a three-year contract through 2021 with Marc Dos Santos.

A Montreal native, Dos Santos takes over from interim coach Craig Dalrymple, who led the club for the last five matches following the firing of Carl Robinson on September 25.

Dos Santos most recently worked as an assistant to former US National Team head coach Bob Bradley with LAFC. The MLS expansion team set a new league record for points earned by a team in their inaugural season in 2018.

The 41-year-old has over a decade’s worth of coaching experience at the pro and amateur levels, including stops in Portugal, Canada, Brazil, and the United States. Dos Santos has a 124W-81L-70D record as a head coach at the professional level in North America, making four championship final appearances, and winning the 2009 ULS First Division and 2017 NASL Soccer Bowl. He was named NASL Coach of the Year in 2015 and 2017 before moving on to MLS this year.

“Marc is a confident, driven leader who has proven himself as a winner at every level he has been tested,” said Whitecaps FC co-owner Jeff Mallett. “We were impressed by his ability to deliver a clear plan that optimizes all of our resources to measurably improve the club in critical areas. Bringing in Marc positions the club to meet our goals of competing regularly with the best in the league and to win trophies for Vancouver’s loyal supporters, starting first and foremost with the MLS Cup.”

Dos Santos is fluent in English, French, Portuguese, and Spanish, which should surely help communication with players from a variety of backgrounds.

A number of moves are expected this offseason for a club that admittedly has a culture problem. Many players on expiring contracts are not expected to return, while captain Kendall Waston has been vocal in his desire to leave, despite having one year left on his deal.

The pressure was on Robinson before his dismissal, and now the heat is on Whitecaps president Bob Lenarduzzi and ownership. Now it’s up to Dos Santos to make the right moves.

Like his predecessor Robinson, Dos Santos will manage the first-team roster, including player transactions.

“Whitecaps FC are a club with a rich history, from the NASL days, to CSL, USL and now in MLS,” said Dos Santos. “It’s a club with an incredible potential to grow and become an example for others. I believe in the structure the club has and in the passion of the people involved. I look forward to meeting with our supporters and listening to them, sharing in their dreams and ambitions. They are a very big part of what this club is all about, and together we will meet the challenge of becoming a championship calibre club.”

The honeymoon is over with fans after missing the playoffs in two of the last three seasons. After eight seasons in MLS, Whitecaps supporters want to see the team build a championship contender, not one that’s just competitive.

“We are excited to welcome Marc Dos Santos to our club,” said Lenarduzzi. “It’s not often that you find a coach who seeks out the unique learning opportunities and challenges that Marc has accumulated around the world. We believe having Marc now in place as head coach, combined with the additional resources we are putting into our scouting and recruitment department, will set up the club for consistent success.”