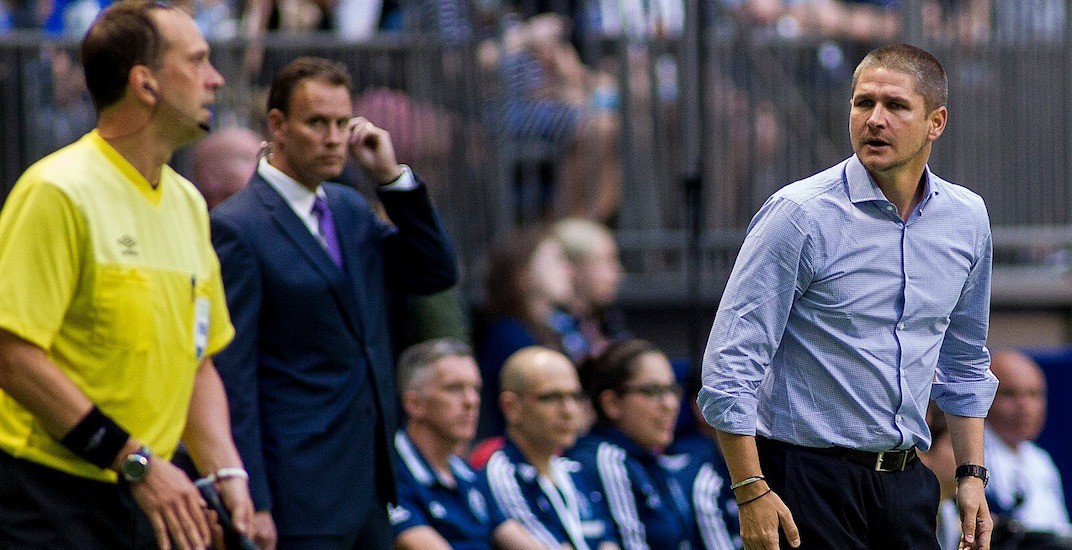 The 41-year-old Welsh tactician had been the Whitecaps’ manager since December 2013, following two seasons as an assistant coach.

“We have a lot of respect and appreciation for Carl and his team, and are thankful for the contributions they have made to this club,” Whitecaps president Bob Lenarduzzi said in a team-released statement. “A lot of thought and consideration has gone into this decision, which was made with the best interests of the club moving forward.”

Whitecaps FC Academy technical director Craig Dalrymple will serve as the team’s acting head coach for the remainder of the season.

Following two straight home losses in matches they desperately needed to win, Vancouver’s MLS playoff chances are not looking good. They’re currently four points back of Seattle for the final playoff spot in the West, with just five games to go.

They need to go on a run, something that seems unlikely given recent form.

“With five games left, we remain focused on our opportunity to make the playoffs,” said Lenarduzzi. “As we look to 2019 and beyond, we are committed to being a championship contender and a global search for a coach to lead this vision will start today.”

Robinson has been criticized for most of his tenure in Vancouver for his team’s defensive nature. They could keep the ball out of their net, but creating chances of their own proved to be more difficult.

That hasn’t been the case this season, as the Whitecaps have actually been exciting to watch and found ways to score goals. Unfortunately, they haven’t been able to keep the ball out of their own net, as the team’s defence has gone from a strength to a weakness.

The other issue plaguing Robinson’s teams has been their inability to hold possession. The Whitecaps are second-last in possession (45.9%), and have placed last or second-last in each of the past three seasons as well.

Still, the Whitecaps compiled an MLS regular season record of 64-59-42 during Robinson’s helm, and made the playoff in three of the last four seasons. They finished near the top of the Western Conference last season with a 15-12-7 record, and won their first-ever playoff game. In 2015, the Whitecaps finished second in the conference with a 16-13-5 record and won the Canadian Championship.

Robinson was the Whitecaps’ fourth head coach since the team entered MLS in 2011.