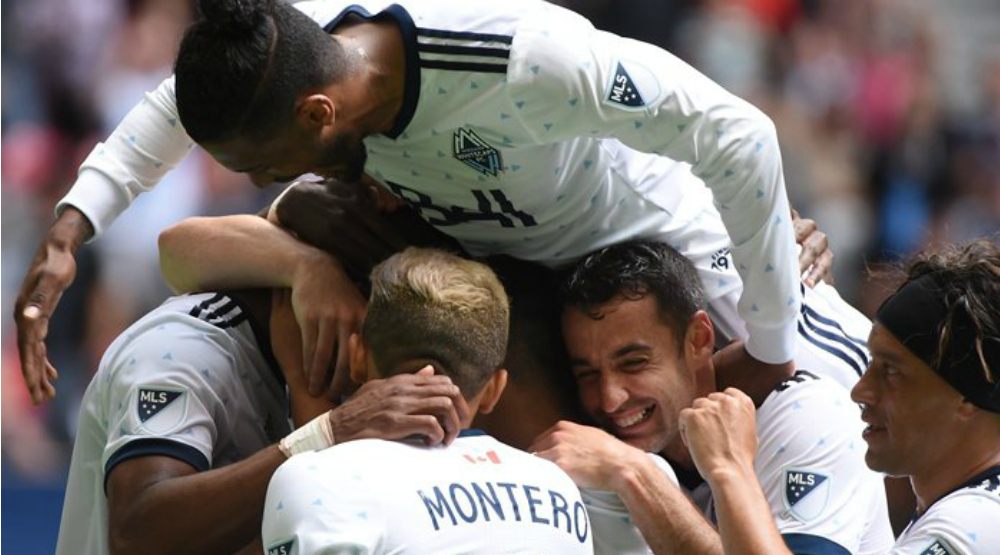 Coming into Saturday’s match, all the talk was about expansion team Atlanta United and their goal scoring prowess.

But not only did Whitecaps defenders limit high scoring the visitors to just one goal, they added three of their own, en route to a 3-1 win at BC Place.

Atlanta scored first with Greg Garza’s goal in the seventh minute, but it was defender Kendall Waston’s pair of first half goals that led the way to a big come from behind win for the Vancouver Whitecaps. Fredy Montero got credit for Tim Parker’s goal (more on that later), to add insurance.

The win puts the Whitecaps back in a playoff spot, and into fifth place in the Western Conference.

After not scoring an MLS goal since September 24 of last year, Waston had an offensive explosion.

The big Costa Rican defender found a little bit of space inside the Atlanta penalty area and kept his cool to put the ball behind Alec Kann for the equalizer in the 31st minute.

Not only was it a great finish by Waston, but the big man topped it off with  a celebration that even Cristiano Ronaldo would approve of.

Apparently the goal gave Waston an appetite for more, and Whitecaps captain put his team in the lead just moments before half time.

His great game wasn’t limited to the offensive end, as he cleared this Atlanta chance off the line late in the match.

Whose goal was it anyways?

Montero finally managed to bump his scoring slump against Atlanta, scoring a second half goal, but the replay shows that perhaps defender Tim Parker can rightly claim the goal as his own.

Even the stadium pyro guy thought that Parker had scored, but perhaps the lucky break will give Montero a little confidence boost to find his scoring touch again.

One of the Whitecaps problems last season was lack of communication and organization in their defence.

They’ve been much better this year, but the sloppy goal conceded to Atlanta early on was reminiscent of last year.

With fullback Sheanon Williams caught out of position further up the pitch, Waston was unaware of Garza sneaking in the back door until it was too late.

Fortunately for the Whitecaps it was one defensive error in an otherwise solid outing, but allowing high-scoring Atlanta to get on the scoreboard first could have turned out much worse.

After a hectic opening month Vancouver now heads into a bye week, and will next be in action next on June 17th when they host FC Dallas at BC Place.