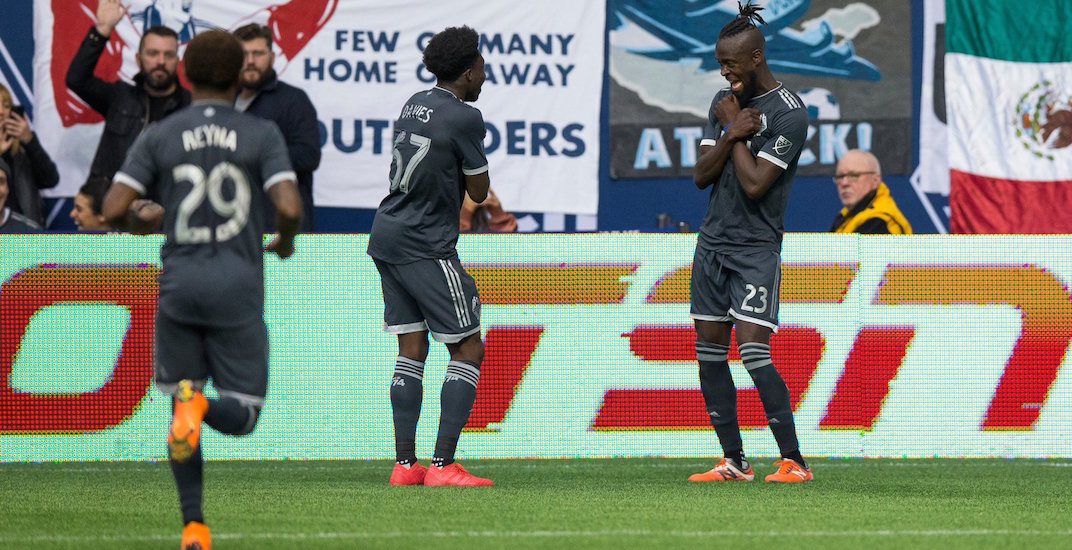 He’s only 17 years, four months, and two days old, but Alphonso Davies is already a seasoned veteran with the Vancouver Whitecaps.

Now in his third season with the ‘Caps – his second as a regular on the first team – Davies started and starred in the team’s home opener on Sunday.

The teenaged sensation has drawn attention, naturally, given his age and ability. Add in the fact that he’s Canadian, and Davies is bound to have the spotlight on him.

He burst onto the scene last year, scoring in the CONCACAF Champions League. He was outstanding in his first-ever appearance for the national team, winning the golden boot at the Gold Cup.

But he had never scored in Major League Soccer.

Davies converted a pass from Cristian Techera in the 70th minute to give Whitecaps FC a 2-0 lead. The goal was the difference in a 2-1 Vancouver win against the Montreal Impact in front of a lower bowl sellout crowd of 27,837 at BC Place.

“It was exciting you know, it was a big weight off my shoulders to get that first goal,” said Davies. “I was excited to get it. It took awhile, but I try to help the team.”

The cross, the header, the dance moves!

Davies’ goal made him the 10th youngest player to ever score a goal in MLS.