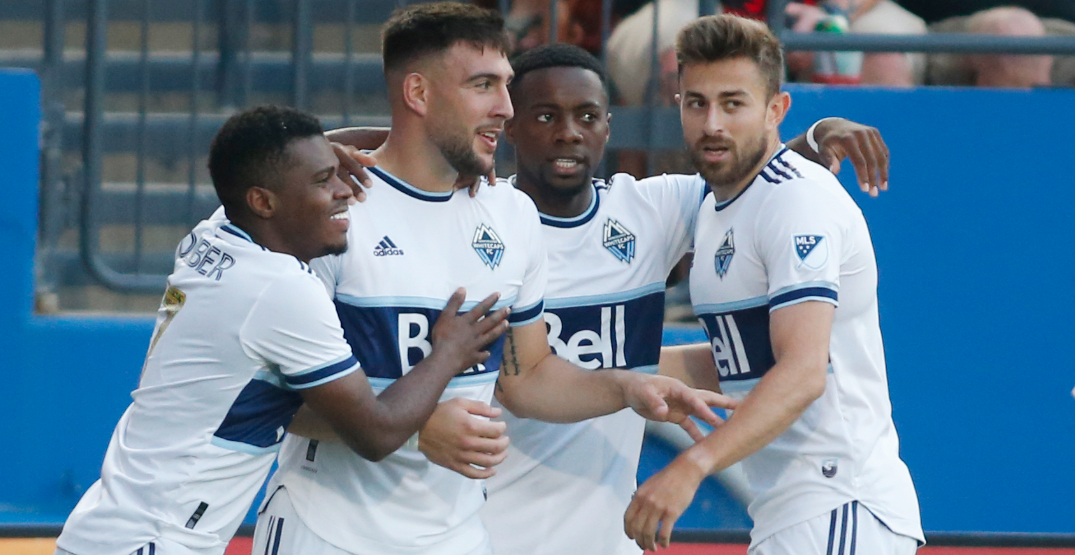 The Vancouver Whitecaps are serving up a hot team and cold drinks.

The Whitecaps announced “numerous in-stadium specials for fans to enjoy” as the team takes on Toronto FC on Tuesday, July 26, at BC Place for the Voyageurs Cup and a spot in next year’s CONCACAF Champions League.

Among the deals are beers priced at just $4.75.

Pricing for all drinks are 50% off, including the brews, from the opening of the game at 6:30 p.m. through the end of play in the first half.

“Our fans have supported us to the best home field advantage in the league since returning to Vancouver from Salt Lake last summer, and we are expecting our biggest crowd of the year for this cup final,” Axel Schuster, Whitecaps FC chief executive officer, said in a release. “This Canadian Championship is a massive moment for the club and city. We want to welcome as many people from the community as possible and we are very pleased to offer some fantastic fan and family-friendly options.”

There’s food deals, too, including $2.22 Canadian-style pizza slices and a $6 kids combo featuring chicken strips or a hot dog, fries or chips, and a pop.

The first 15,000 fans in the stadium will receive a limited edition white STAND BY ME T-shirt. Select merchandise is also 50% off, too. It’s part of the initiative to fill BC Place in white.

Anyone named Lucas or Lucy are apparently eligible to get in free, too.

Lucas Cavallini is giving away 1 free ticket to all ‘Caps fans named 𝙇𝙪𝙘𝙖𝙨 𝙤𝙧 𝙇𝙪𝙘𝙮 to the #CanChamp Final on July 26 vs Toronto @ BC Place. Ltd qty.

Tickets for non-Lucas/Lucy names run $33, and are available on the team’s website.

The Whitecaps are seeking their first Canadian Championship title since 2015.

The winner of the Canadian Championship will lift the Voyageurs Cup and qualify for the 2023 CONCACAF Champions League against the best clubs from North America, Central America, and the Caribbean.

The Voyageurs Cup has been awarded to the Canadian Championship winner since 2008.

The trophy, created by the Voyageurs Canadian Supporters group, “represents Canadian fans’ commitment to the game in our country,” the team wrote in the release.