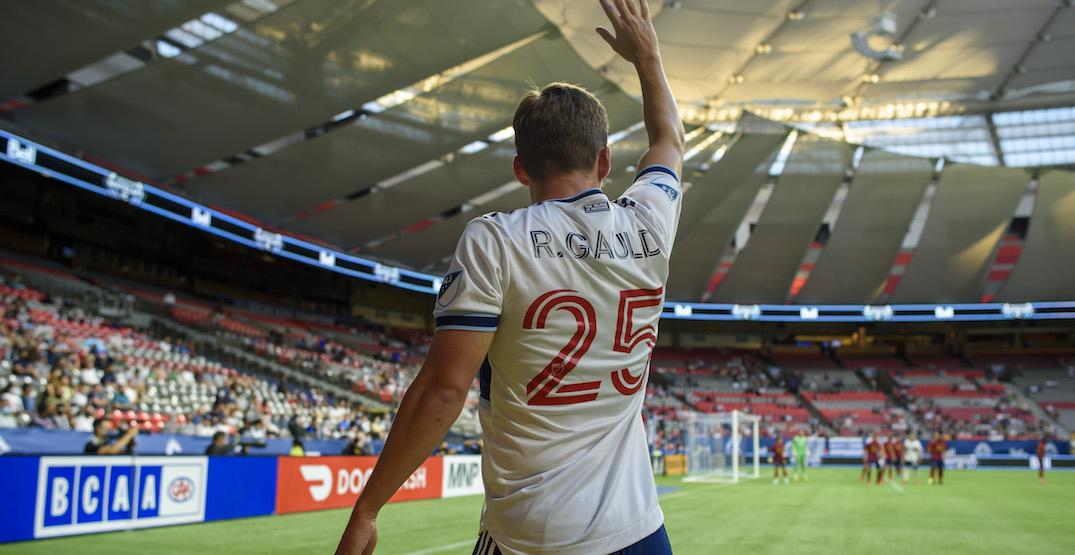 In so many ways, the Vancouver Whitecaps’ return to BC Place has been a smashing success.

Four straight MLS home games — their first matches in nearly two years with fans in attendance — resulted in three wins. Their lone loss, 1-0 last Friday against Portland, was a match they deserved to get at least a point from.

Overall, the streaking Whitecaps have just one loss in their last 12 MLS matches, putting the team back in the race for a playoff spot.

And yet, despite public health regulations limiting capacity to just 50% of the lower bowl at BC Place, the Whitecaps have yet to have a game where they sold out the approximate 13,000 seats allotted to them.

After not being able to watch the Whitecaps in person for a year and a half, Vancouver has been slow to return.

A large walk-up crowd helped the Whitecaps draw 11,144 for their first game back on August 21 against LAFC, but attendance has failed to even reach 10,000 in the three home matches since.

Announced attendance was just 7,503 on August 29 against Real Salt Lake, 9,223 on September 4 against Austin FC, and 8,574 against the Portland Timbers.

Rising case counts driven by the Delta variant haven’t helped. Fans have been required to wear masks at their last three matches because of it.

It can also be challenging to sell tickets to so many matches in such a short period of time — four matches in three weeks — particularly at the end of summer. The match against Austin FC was moved from July to September, which compacted the schedule even more, while the RSL match was bumped back from Saturday to Sunday to accommodate a Canadian Championship match.

The biggest reason for the disappointing crowds, however, appears to be the fact that many season ticket holders have paused their accounts.

The Whitecaps were able to retain most of their season ticket holders through the pandemic, with an impressive 90% renewal rate. They currently have over 8,000 season ticket members, according to a team spokesperson, but many of them opted to pause their accounts — presumably hesitant to attend large events as the province moved into the fourth wave.

As such, season ticket members accounted for just 35% of attendance at the first four home matches.

“We are very grateful to all our frontline workers and thrilled to be back at BC Place, playing at home in front of our amazing supporters,” Whitecaps sporting director and CEO Axel Schuster said in a statement provided to Daily Hive. “Throughout this pandemic, we have and will continue to put our fans and supporters first. This period has been extremely challenging for so many and [we] appreciate the continued support and trust from our fans.

“We were away from our fans for a year and a half. Being back in Vancouver and having the home support has helped push the team forward as we fight for a playoff spot.

“More than 90% of our season ticket members have stayed with us, are members of our family. We also understand that right now doesn’t work for some of our fans, so we are working with them, keeping them engaged and ready to welcome them back when they feel safe to do so.”

Remaining season ticket memberships are being reactivated in time for Saturday’s home match against FC Dallas on September 25, when proof of vaccination will be required to attend for the first time — though there is still an option for fans to pause their accounts going forward.

The Whitecaps are expecting a much larger turnout from their season ticket base going forward, as well as the bump in attendance they traditionally see in the fall. We’ll see how they fare on Saturday night, in what is another pivotal match against FC Dallas.

BC Place has been a good time for the fans that have shown up, as Ryan Gauld has given the Whitecaps their best and most exciting player since Alphonso Davies. Players have bonded with supporters by singing “Stand by Me” after matches.

After watching matches on television without anyone in the crowd for a year and a half, Southsiders President Peter Czimmermann says supporters are just happy to be back.

“We’re very happy that the attendance is not topped at zero,” Czimmermann told Daily Hive. “I’ve seen many, many familiar faces in the supporters section, but I know many of our members stayed away. The low numbers were definitely caused by the opt-in model for these matches, and I expect to see a bump in coming home games.”

After Sunday’s road draw in Colorado, the Whitecaps are four points back of Minnesota for the final playoff spot in the Western Conference. They’ve got 10 matches left, including five at BC Place.