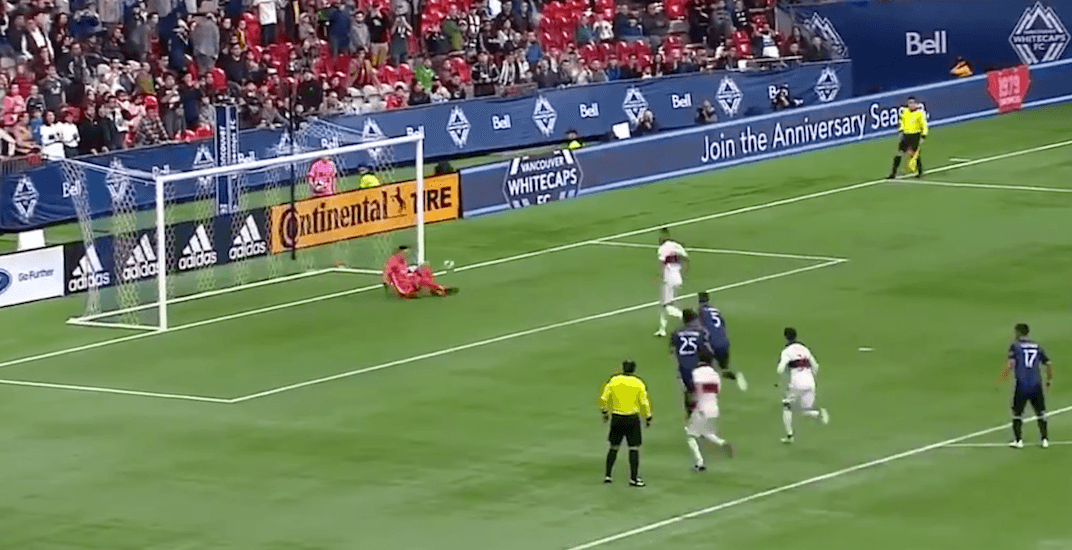 It should have been a dream start for the Vancouver Whitecaps, who in their fifth match of the season were still looking for their first win Friday night at BC Place.

An early Lass Bangoura effort drew a penalty for the Whitecaps, giving defender Ali Adnan the perfect opportunity to grab the lead for the home team in the second minute against Zlatan Ibrahimovic and the LA Galaxy.

Instead, he gave sports highlight shows their blooper of the night.

Adnan tried a cheeky off-speed chip, known in the soccer world as a ‘Panenka,’ but his execution left a lot to be desired:

LA goalkeeper David Bingham dove to his left, but the shot was slow enough that he had ample time to readjust to make the save with ease.

Even the Whitecaps’ rivals from Toronto took a shot at them:

Audacious Panenka, you say? Maybe leave that to us, @WhitecapsFC 😬 pic.twitter.com/dQWWuLnoVo

The Whitecaps played a strong first half, but fell apart in the second, losing the match 2-0. Ibrahimovic lived up to the hype, playing the full 90 minutes, scoring a goal, and setting up another.

Vancouver is now 0-4-1 under new head coach Marc Dos Santos. They play again next Friday, on the road against the Chicago Fire.