A crowdfunding campaign has been launched on GoFundMe to help raise the funds required to undergo major repairs to the historic, landmark White Rock Pier.

The pier was significantly damaged and severed during last month’s major windstorm, and it has been closed to the public ever since.

The campaign goal by the White Rock Youth Ambassadors is to raise $1 million over the next two weeks. As of the time of writing, they have raised $1,335.

Funds raised will go towards some of the special features of the pier that were previously from private donations or cannot be covered by government funding, such as lights, archways, benches, and memorial plaques.

“Our Mayor Darryl Walker has already vowed to restore our beloved pier. However, as youth ambassadors of our beautiful city by the sea, we are also eager to contribute to the city’s restoration commitment. The desire to help preserve and enhance the heart of our home has led to this fundraiser,” reads the campaign’s intent.

“For many years, the pier has been an iconic destination for people from both nearby and afar to enjoy beautiful views of the Pacific coastal mountains and islands. To members of the White Rock community, the pier has always been a part of our life. Whether it is strolling back and forth the pier with our families to see the sunsets or jumping off the pier when we were kids, all of us have a special connection with this symbol of White Rock.”

Last month, the City of White Rock stated it will likely cost millions to repair the 470-metre-long pier, which is extensively damaged along its entire length — not just at the break location, where a man was trapped during the windstorm and had to be saved by a Coast Guard helicopter.

The location’s first pier structure was constructed in 1914. 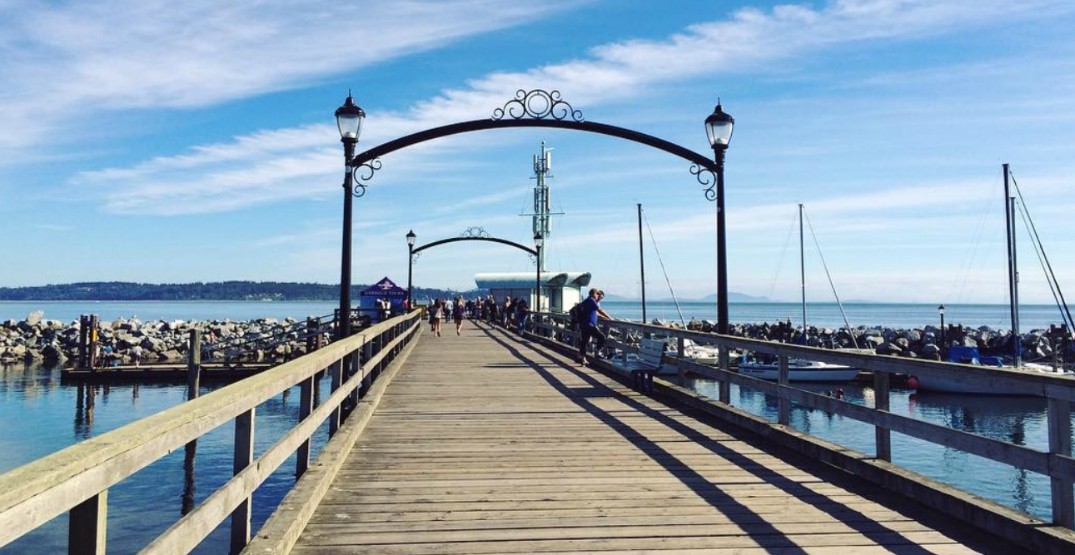