3:50 pm update: Videos posted to social media have shown that the man has been successfully rescued by a helicopter.

Video of rescue from the White Rock pier. pic.twitter.com/JMBYN1Ta0k

The City of White Rock has also asked that the public stay away from the pier until further notice.

With an Environment Canada wind warning in place throughout Metro Vancouver, 300,000 homes without power, and SkyTrain service disrupted, White Rock has just added to the damage toll caused by the storm.

The pier in White Rock has been severely damaged by intense waves and rocking boats, and one person has reportedly been stranded on the far side. 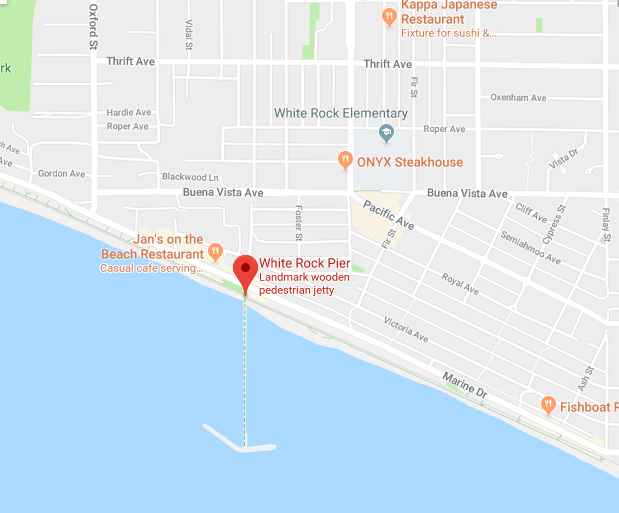 Videos and photos of the devastation have been posted to social media, and the White Rock RCMP has stated that they are attending the scene alongside the White Rock Fire Department.

Marine Drive has been shut down during the situation, according to the police.

The City of White Rock has released a statement warning residents of the extreme weather that they are currently facing, and information on what to do if put in a dangerous situation.

@WhiteRockRCMP @IAFF2407 dealing with emergent situation at the pier. Marine drive will be shut down until further notice. pic.twitter.com/4ycs6WKG30

After a long and brave fight, the one thing to see in White Rock has lost its battle against Mother Nature. #WindVsWood #WhiteRockBC pic.twitter.com/nuozzEZt2P

The White Rock pier is now split in two after wind, loose boats cause havoc. One person stranded on far end pic.twitter.com/Bmjbr5Nnzg

@MMadryga #Whiterock pier is broken. Guy is trapped on other side. Boats slammed into it pic.twitter.com/nzf9wANd1k