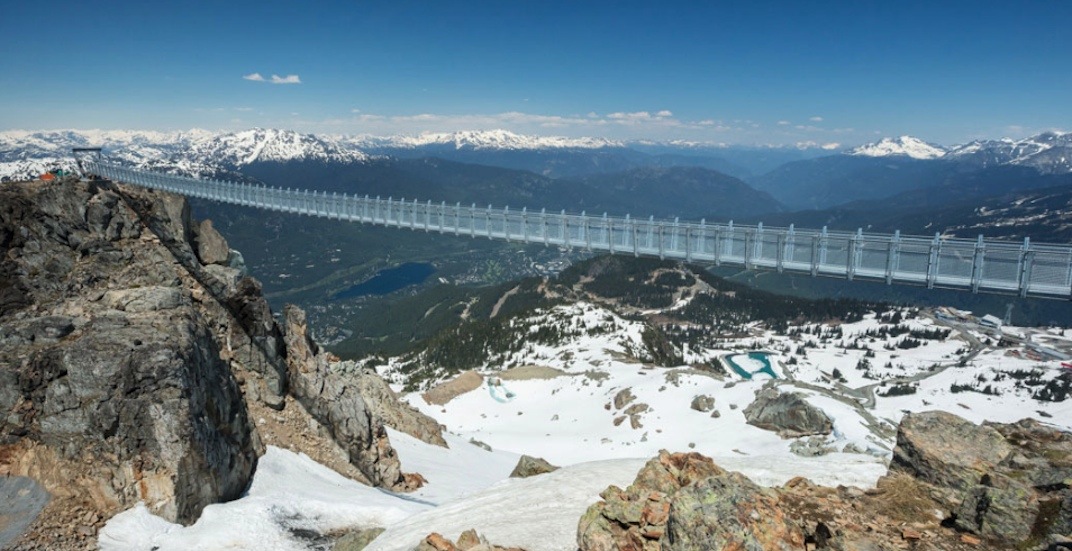 Care for some knee-wobbling, knuckle-whitening appreciation? There is a new way to enjoy the sights of Whistler Blackcomb and the surrounding mountains, up higher than ever before.

Over the Canada Day long weekend, resort operators opened their much-anticipated Peak Suspension Bridge – a 427-ft-long (130 meters) suspension bridge at the peak of Whistler Mountain, located at an elevation of about 7,200 ft above sea level. This bridge is about 98 ft (30 metres) longer than the Sea to Sky Gondola’s suspension bridge.

With its completion, it is now one of the highest elevation suspension bridges in the world. 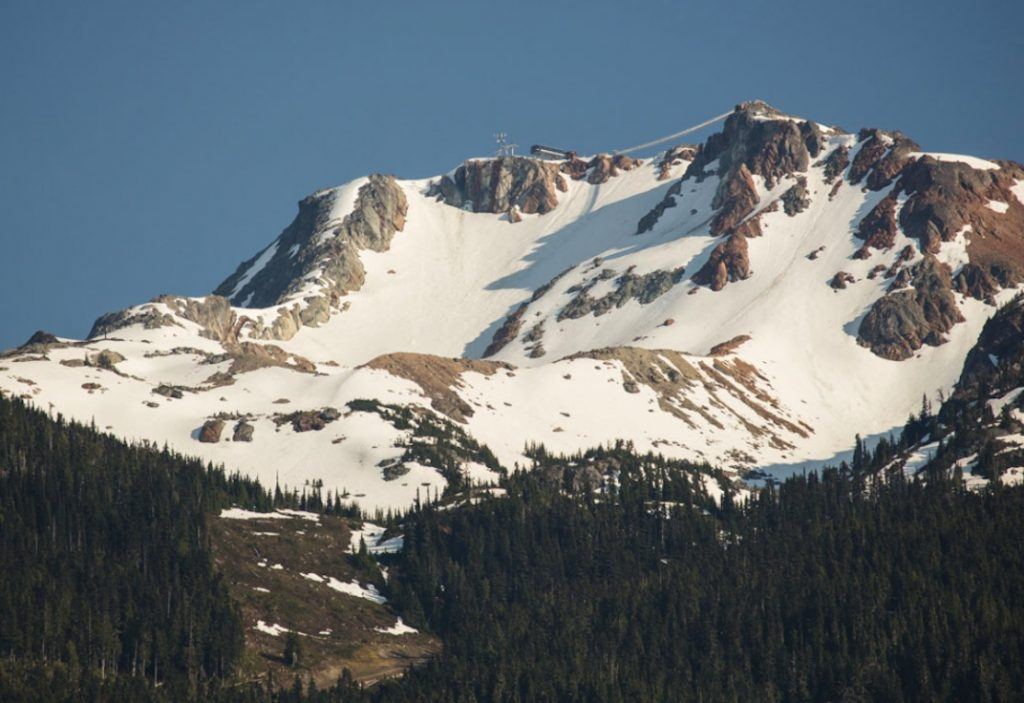 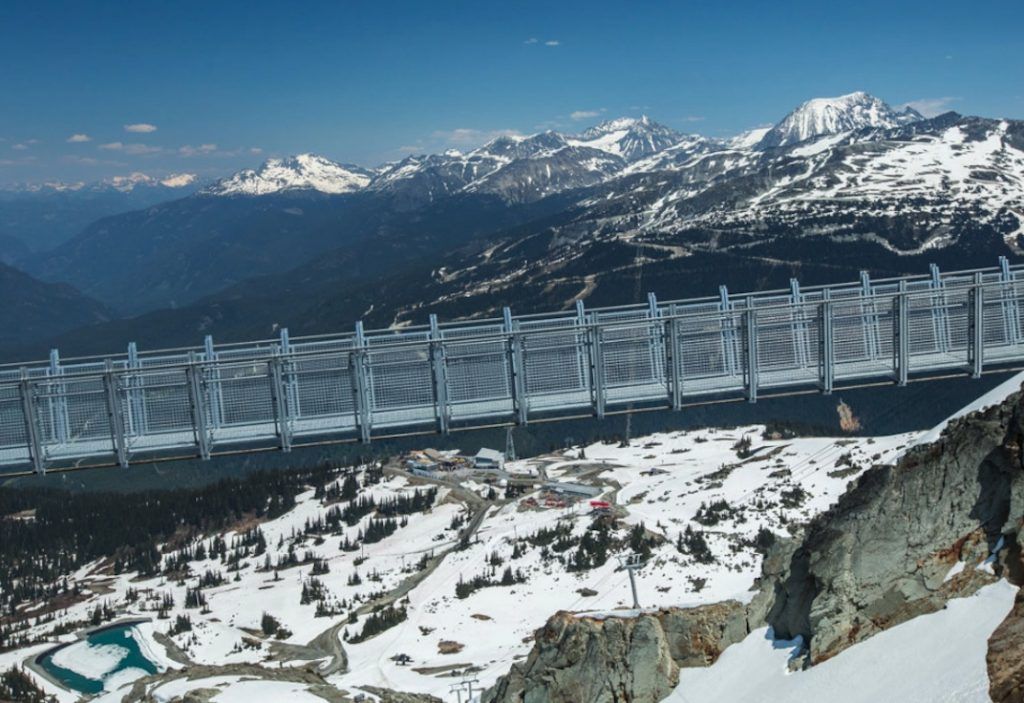 In addition to the bridge, there is also the West Ridge View Point, a viewing platform on the Peak Suspension Bridge atop Whistler Mountain. The western edge of the bridge that looks over the edge of a valley-facing cliff.

This cantilevered platform provides 360° views from the peak, jutting 41 ft (12.5 metres) out from the West Ridge and hovering 164 ft (50 metres) above Whistler Bowl.

The new high-elevation sightseeing attraction is accessible by the Peak Express chairlift, which is a short easy walk from the Roundhouse Lodge. There are also various difficult hiking trails that start from the lodge and lead to the mountaintop area and suspension bridge. 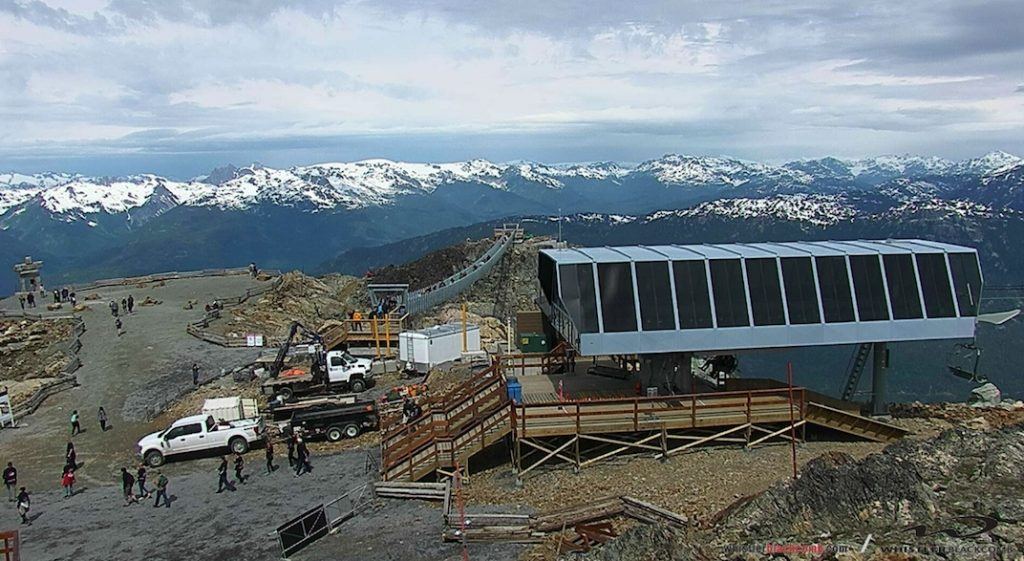 Other improvements at the mountain resort this year include new gondolas and lift upgrades at a cost of $66 million, an expansion of Whistler Mountain Bike Park, and renovations and upgrades to Roundhouse Lodge.

Over the longer term as part of the $354-million Renaissance revitalization program to strengthen Whistler Blackcomb as an all-season destination, the resort will construct major additions such as a 163,000-sq-ft indoor water park and wave pool at the base of Blackcomb Mountain, a gravity-fed mountain roller coaster, a large night skiing area, a tree-top ropes course, 50 km of additional downhill mountain biking trails, an indoor action sports training facility, a complete redesign of Blackcomb’s Upper Village, and a new two-storey parking facility at Blackcomb’s Upper Base II.