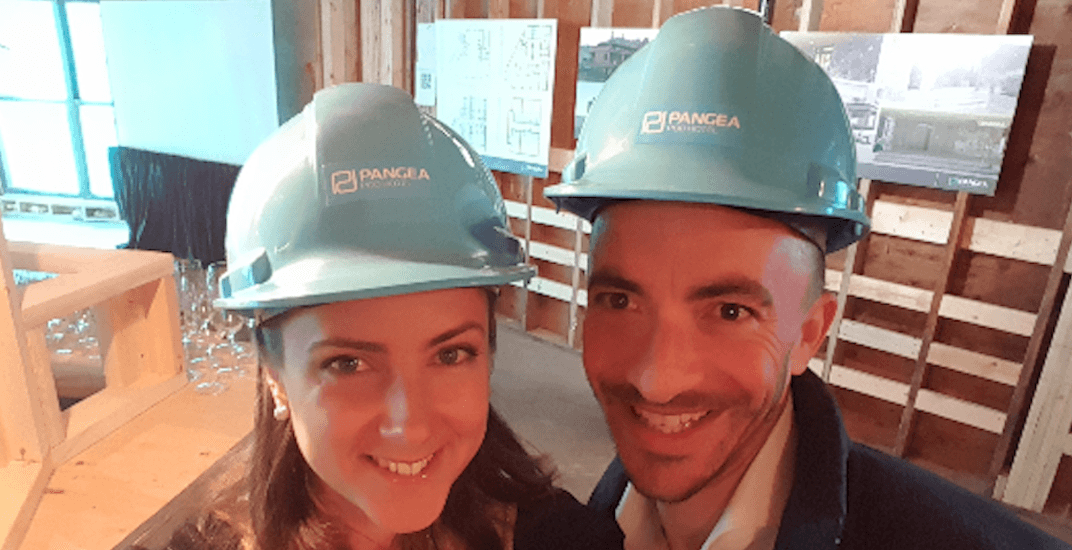 For the husband-and-wife team behind Whistler’s Pangea Pod Hotel, the story is about much more than simply a new place to sleep.

The business seeks to fill what its co-founder Russell Kling said is a “huge gap” in the accommodation market.

For his wife, Jelena, the new venture came about “after travelling the world extensively with my husband.”

But how did two people from seemingly opposite worlds come to land in BC and begin building a brand-new concept hotel?

The duo shared their story with Daily Hive.

It was 2003 in the common room of a hostel in Prague when the pair made first contact.

Jelena, a biochemical engineer from Belgrade, was eating breakfast in her pyjamas when Russell – a young South African who had been working on Wall Street – decided to try his luck with an opening line: “Any idea what the weather’s like today?”

Without even looking up, Jelena said she told him that if wanted to see what the weather was doing, he should go outside.

It wasn’t the smoothest ice-breaker in the world, but the pair continued chatting over the following days, and realized they actually had a lot in common.

As the saying goes, “absence makes the heart grow fonder.”

In Russell and Jelena’s case, this would turn out to be the case during the first few years of their relationship.

What started as a holiday romance turned into more than three years of back-and-forth trips across the Atlantic.

Eventually, Jelena moved to Manhattan to be with Russell and attend Columbia University for her graduate degree in Biotechnology.

Russell meanwhile, had been made a partner at a successful investment fund in Connecticut. Despite living together, with a combined 100+ hour work-week, the pair barely saw each other.

It was 2009 when they decided it was time for a change – a big change.

The pair traded their work suits and high-profile steady jobs for shorts, shades, and backpacks and hit the road with no real destination in mind.

Everybody said they’d be back in six months. They returned three years later.

Life on the road

Over the course of more than a thousand days, the pair crisscrossed all seven continents. 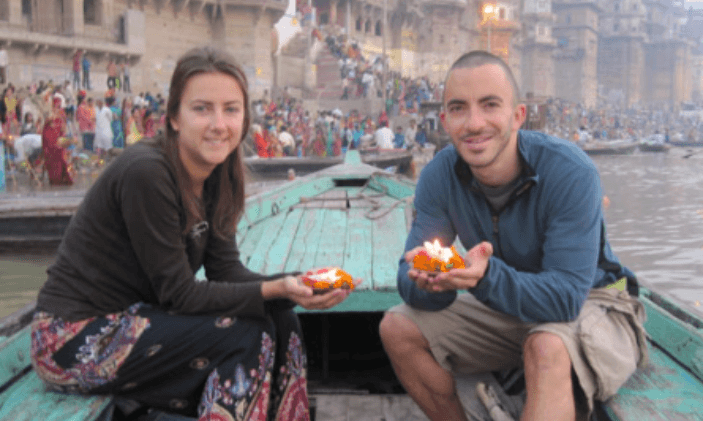 They saw North Korea and the entire Trans-Siberian railway from Moscow to Vladivostok. They took a truck through Africa, a canoe through the deep Amazon, and went on expeditions to Antarctica and the Arctic, all the while staying at all forms of accommodation along the way.

Having spent thousands of hours in close proximity with one another while travelling, the pair figured they may as well work together.

They sought something that combined their passion for travel with their love of meeting and sharing experiences with fellow globetrotters.

It was with this frame of mind that Pangea was born.

Russell said the idea was that travellers need basic shelter and necessities, but that accommodation isn’t often the sole reason for a trip.

He told Daily Hive the concept of Pangea was to find a balance between travellers looking for that price point between a cheap hostel and upscale hotel.

Whistler, he added, seemed like the perfect place to put that theory to the test.

“People want to come to Whistler and pay for experiences,” he said. “But they’re not going to be able to do all that if they’re spending all their money on accommodation.”

The hotel itself features a series of custom suites, housing a total of 88 private sleeping pods.

Pangea, he added, “will reinvent accommodation in Whistler for a generation of travellers who expect more for less and want to spend their money on experiences, not on… hotel room space in which they simply sleep. Our guests have money to spend, but not to waste.”